By Marzouq El-Halabi | Translation from Arabic to Hebrew: Nadav Franckovich, from Hebrew to English: Dimi Reider

The Palestinian discourse must  leave denial behind and engage seriously with the Jewish and Zionist questions. No more talk of the victorious and the defeated, victims and victimisers, but a new narrative shared by both sides of the conflict. 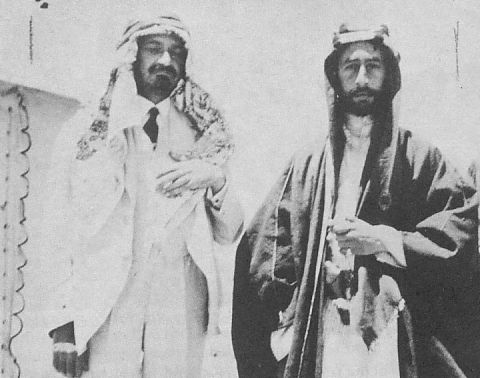 Much of the discourse around the Palestinian question is characterised by ignoring the Jewish question. This trend is noticeable in a number of central Palestinian positions, which exempt their holders from this burdensome complexity, and postpone having to deal with it. The strategy of ignoring the Jewish issue cultivates a discourse based on nationalist, Marxist and Islamist viewpoints, which deny the very existence of the Jewish people and the fact that the Jews living and arriving in Palestine over the past decades have created a national mechanism that is worthy of its name. Alongside these points of view, directly related or not, is a popular approach that casts the Jewish project in Palestine as a purely colonialist venture, which should be fought without too much talk – despite the historical processes of the past several decades and the self-determination of the Jews as a people, inside Palestine and beyond.

These outlooks combined have produced an ahistoric track to which the Palestinian narrative has stuck pretty much without exception; this, despite the fact that the two questions, the Palestinan and the Jewish one, are intertwined through shared history since at least the 1930s, and certainly since the partition plan and the declaration of Israel as a sovereign Jewish state in historic Palestine. The official narrative, which leans firmly on Palestinian rights, has focused on the victimized and rights-holding self. The Palestinian mainstream has long eschewed grappling with the Jewish question or engaging critically with the Arab and Palestinian collective identity.

This stands out particularly starkly in the Palestinian national charter, which suggested turning back history, sending the Jews in Palestine back to where they came from and ending the conflict! Palestinian thought with regards to the conflict was long afflicted with this and similar illusions of a speedy redemption lurking around the corner, just waiting for the clock to be turned back by several decades.

Leading forces in the Arab and Palestinian political arenas began, at a fairly early stage, mythologizing the Palestinian problem and shaping its narrative as a kind of Greek or Canaanite myth. The Palestinians thus distanced themselves from history in the making, even as the Jewish question took root in historic Palestine after erupting so forcefully on European soil. As far as the Palestinian narrative was concerned, it was as if the Holocaust never happened. The Palestinians avoided engaging with the Holocaust and its considerable influence on the Jewish experience, and when they did engage, it was almost always in the narrow context of bickering with official Zionism, usually tending to downplay the Holocaust’s significance, even reaching levels of understanding for and endorsement of the views of Holocaust deniers. Traces of this trend can still be seen in contemporary Palestinian thought.

I believe the Palestinians have avoided engaging with the Holocaust and its implications for fear it would detract from their right over the land and shake a central tenet of their narrative – that the Jews are not a people, that their arrival in Palestine was a purely colonialist development and that they, the Jews, are not the ultimate victim they believe themselves to be. Such strategies have been dominant in the Palestinian movement for too long, and cannot hold water for much longer. That doesn’t mean that we should yield to the tragic chain of events, to facts being forged on the ground or to changes in the Arab geopolitical space. But we shouldn’t hold history’s ironic whims as sacred. If we do, it might repeat itself, perhaps even more cruelly and catastrophically than before.

Rather, the conclusion here is that the Palestinians must appear at the gates of history and engage in serious discussion about the Jewish question as it has presented itself to us – which is to say, as a historical, political fact and a collection of objective facts. First and foremost among these facts is that of a people defining itself in a certain manner and claiming some sovereignty in historic Palestine, with everything that this entails. There’s no point in continuing to cope with this issue simply by brandishing the Palestinian right or Palestinian victimhood. What’s need is political intelligence and recognition of the possibilities that lie in political activity.

We could continue to stick with what are considered the foundations of our perceptions of the self or the Jewish other. We could go on and call Zionism and Israel a considerable variety of names. But what we must to do is move on, refresh the concepts of the Palestinian question so that they are capable of conversing with the inextricably intertwined Jewish question, and create new outlooks that will open horizons for reconciliation between the two nations. These demands also apply to potential partners from the Israeli side, with whom we have engaged in dialogue for some time, but in this article they are being addressed to the Palestinian side, which, 63 years after the Nakba, needs more than any other to reevaluate its strategy, its narrative and its fundamental premises, so as to achieve the goals to which it aspires.

Analysing the development of the two identities, the Jewish and the Palestinian, shows us how a future discourse that opens new possibilities of historical reconciliation can be nurtured. This is all the more evident in light of both Israel’s continuing existential crisis, which is rooted in the lack of peace and the feeling of illegitimacy, despite its military superiority, and of the Palestinian crisis, which is constantly growing in light of the failure of the violent strategy, the lack of solutions and the persistence of the Occupation, despite all the efforts and sacrifice. We should hope that the Palestinian Authority initiates moves that can lead to historic reconciliation, and not merely to the settling of political differences.

Such a discourse can only succeed if it knows to combine the two questions, the Palestinian and the Jewish, into a shared narrative of the conflict. No longer a confrontational narrative of the victorious and the defeated, victims and victimisers, but a new narrative that contains everything that has been denied by the parties, whether consciously or out of an instinctive defence of the “exclusive truth” that each side claims to own. I’m sure both in Israel and abroad there are many Jews who will answer the challenge and lend us a hand in an attempt to meet that need, especially Jews belonging to school of thought that does not accept the Zionist narrative wholesale, and whose ideas on ways to resolve the conflict are not without creativity and vision.

A shared narrative that rises above today’s monotonous narrative can form the basis of a new phase in which confrontation will die down and reconciliation will gain force, and doors to solutions and arrangements will be opened. If both parties contribute to creating the necessary conditions and atmosphere, we will be able to reexamine, together, the essential questions of history and moral responsibility. Then, perhaps, we will be able to avoid the errors of the past, move forward to reconciliation and settle the key issues of self-determination, sovereignty and security for both peoples, and to agree on the various sub-questions stemming from the primary ones.

Will the Palestinians do what they avoided doing all these years, and recognise that the Jewish question will be resolved on Palestinian land, and that after all, history, which has worked against them, will not be able to repay them what it owes? For now it seems that a large share of the damage stems from remaining outside history.

Marzouq El-Halabi is a writer, columnist and political advisor. He writes a regular column for Al-Hayat newspaper, where this column was initially published in Arabic. It was also translated into Hebrew for Haokets by Nadav Franckovich. This article is published here with the author’s permission. Email the author here.