A new report details the ways Google Maps’ mapping process in the occupied territories serves the interests of the Israeli government, while contradicting the company’s stated commitment to human rights. 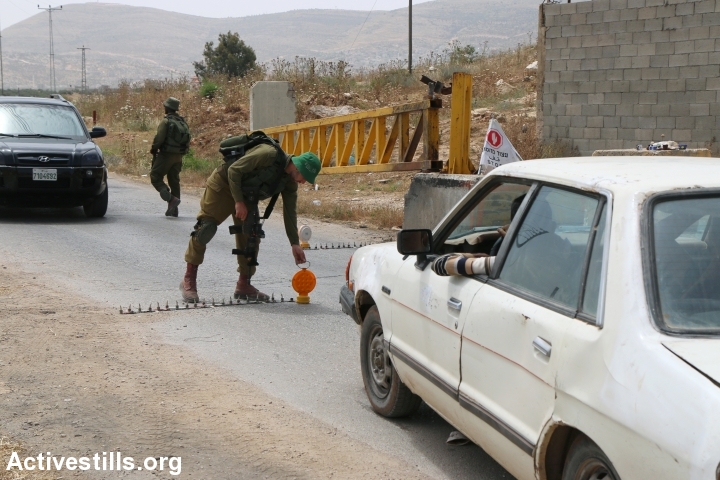 When Tariq Asedih plans a trip from his village near Nablus to Ramallah, Google Maps “can’t find a way” for the 36-kilometer journey. Instead, he has to navigate from a nearby Jewish settlement, and even then, the available routes direct Asedih to roads that Palestinians are not allowed to use.

Not only does Google Maps not recognize Palestine (the browser instead navigates to an unlabeled area) – its entire user experience ignores the reality of occupation. In doing so, Google is violating its commitment to international human rights, according to a new report by 7amleh (pronounced “Hamleh”), the Arab Center for the Advancement of Social Media. Google claims its mission is to “organize the world’s information” and make it “useful,” but the report argues that Google Maps advances the interests of the Israeli government, and mostly serves Israeli citizens.

The State of Palestine was recognized by 138 of the 193-member United Nations General Assembly (UNGA) in 2012, but has never been labeled as such on Google Maps. Israel is not only identified as a country, but Jerusalem, which was granted international status in UNGA Resolution 181 and remains a final-status issue, is marked at its capital. While a “West Bank” label does exist, Israeli settlements there appear as if they are located inside Israel.

Meanwhile, Palestinian villages unrecognized by Israel, both in the occupied territories and within the Green Line, are either misrepresented or entirely left out, while the names and locations of Israeli settlements are clearly noticeable. Even relatively small Jewish-Israeli communities appear on the map, but Palestinian villages are only visible when extremely, almost intentionally, zoomed in on.

Unlike other cities or villages, Bedouin communities in the Negev, which existed before Israel was established, are marked by their tribal designation, rather than the actual names of their villages. Considering that these villages are under the constant threat of demolition by Israeli authorities, their misrepresentation or omission from the map becomes “a method of enforcing the eradication of unrecognized Palestinian villages,” the report argues. 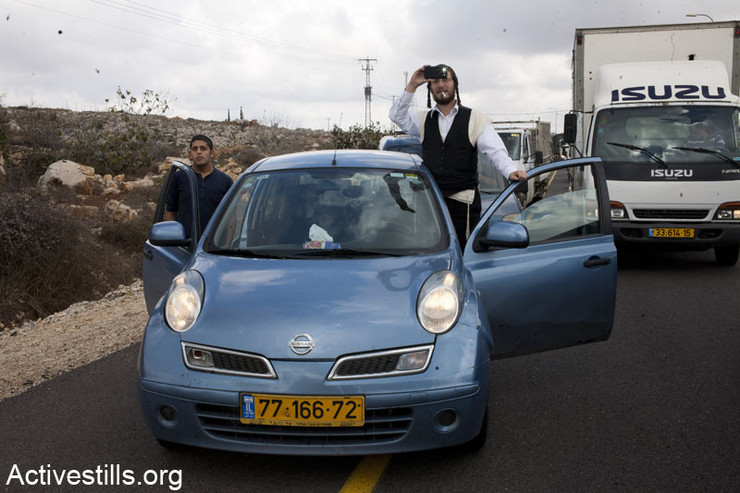 In addition to biased mapping, 7ahmel says Google prioritizes Israeli citizens when offering routes. The map ignores the segregated road system in Israel-Palestine and the resulting movement restrictions, such as checkpoints and road blocks, that affect Palestinians. For example, to navigate from Bethlehem to Ramallah, all routes suggested by Google Maps require crossing from the West Bank to Jerusalem, and then back to the occupied territories. This is only possible for people with Israeli IDs or foreign passports. It is illegal for Palestinians to access Israeli-only roads, which usually connect settlements, and the consequences of doing so may include arrest, delays, detention and confiscation of cars.

In 2016, a bug removed the “West Bank” and “Gaza Strip” labels from Google Maps and stirred an online debate, bringing attention to the fact that the company has kept Palestine off its maps ever since the service launched in 2005. The Forum of Palestinian Journalists released a statement in response, calling the omission “a crime,” and demanding the company rescind its decision and apologize to the Palestinian people.

Maps are assumed to be accurate representations of the physical world, but political bias is inevitable, even in maps that are geographically factual, said Professor Izhak Schnell, who teaches geography at Tel Aviv University. Maps have an important role in developing national consciousness, he added, and more cartographers are admitting that the existence of international standards does not guarantee objectivity in mapping.

According to Professor Schnell, there are two map wars taking place in Israel-Palestine simultaneously: one between Israel and the Palestinians, and another between the political left and right inside Israel. Palestinian maps are likely to highlight Jewish expansion over time, while Israeli maps are increasingly depicting Israel and the occupied Palestinian territories as one contiguous area.

Since 1997, the Kyl-Bingaman Amendment (KBA) to the U.S. National Defense Authorization Act has restricted public access to high-resolution satellite imagery of Israel-Palestine, citing Israeli national security concerns. This limitation does not apply to the rest of the Middle East and North Africa, where such imagery, available on platforms such as Google Earth, is used to support the work of archeologists, geographers, and humanitarians. By deliberately blurring aerial images, the KBA “poses serious obstacles, not only for the preservation of cultural heritage, but also for holding Israel to account for land grabs, home demolitions, and settlement activity,” according to a recent Al-Shabaka report.

The 7amleh report offers several recommendations that would allow Google to live up to its responsibilities, and comply with international law and human rights standards. For example, the service should clearly mark Areas A, B, and C in the occupied territories, and identify illegal Israeli settlements, in accordance with Geneva Conventions. It should also represent Palestinian villages with the same level of detail it affords to Israeli settlements.

Google could respect the 2012 UNGA decision and recognize Palestine as a country, thus acknowledging Jerusalem’s special status without contentiously declaring it the exclusive capital of one entity or another. In route-planning, the maps application should identify and clearly display all movement restrictions for Palestinians, distinguish which roads are available only for Israeli citizens, and offer alternative routes for Palestinians.