A reflection on last night’s protests against racism, with photos by Sasha Y. Kimel 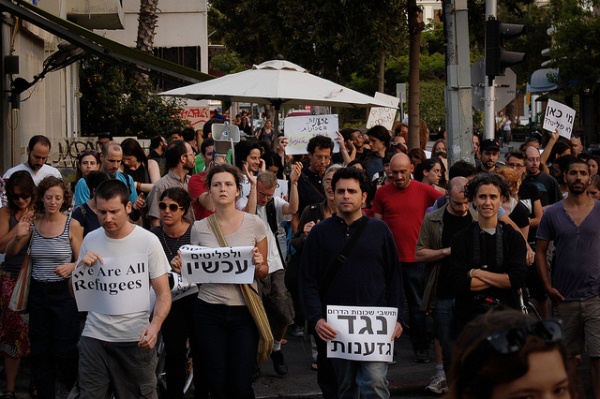 The demonstration following Wednesday night’s race riots was the mellowest I’ve seen here in years. Several hundred of concerned Israelis gathered in Tel Aviv and Jerusalem, and marched to symbols of the political system that produced the incitement: the Knesset in Jerusalem, the headquarters of the Likud party in Tel Aviv. No confrontations with police were reported.

This should not be taken as a sign that liberal Israelis view the events as trivial. Many of my friends and myself were so shocked and depressed at Wednesday’s news, that we found expressing our feelings difficult. I did not manage to write anything on the subject, neither in Hebrew nor in English, neither an op-ed nor a song. 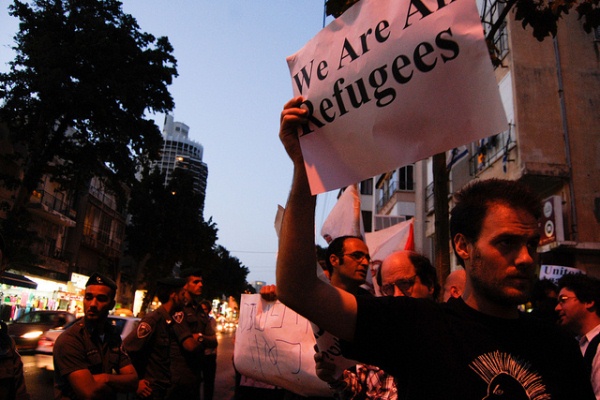 The demonstration was to take place in the Tikva neighborhood itself, but was moved from there so as to prevent further violence. Activists also feared being taken for enemies of south Tel Aviv’s Jewish residents, neglected for decades, whose plight is now being used by cynical politicians, and preferred to clearly target those politicians themselves. Determined but exhausted, we took to the streets solemnly.

To many of us, the broken windows, looting and attacks on African passersby carried a clear memory of atrocities committed against Jews in Europe, and the internet was overflowing with references to pogroms and to Kristallnacht. It comes as no suprise then, that the resulting protest march felt somewhat more like a memorial event than a demo. 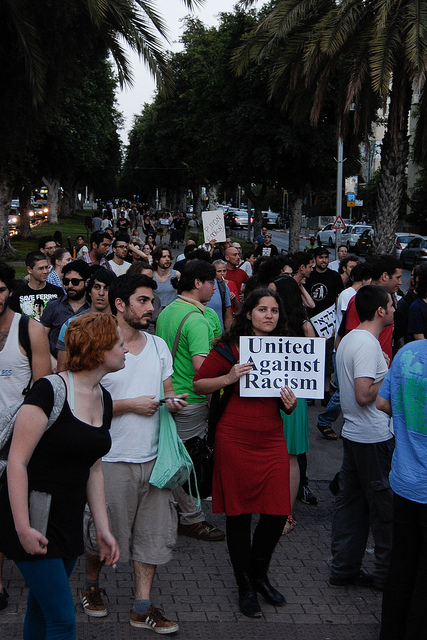 A night has passed since. As I write these words, violence tolerated by the government and incited by right-wing politicians is raging again, as it does daily. Right now, fields around the village of Madama, near Nablus, are burning, having been set on fire by Jewish settlers from nearby Yitzhar. The area is under Israeli control, but the Israelis do not supply villages with adequate fire control and the villagers must struggle to extinguish the fire themselves.

The Israeli right, which permits settler violence and which incites the residents of South Tel Aviv to violence, is now more powerful and more extreme than ever before. The few of us left untouched by its constant fear-mongering and unconvinced by its tribal demagogy, try daily to extinguish the various fires with our buckets of faith, hope and love. We know that they are buckets, and there’s no need to pretend otherwise. 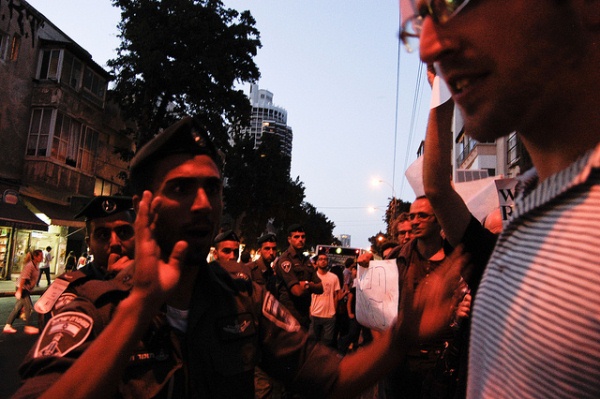 Our one hope is that a revival of the wildly popular “social justice” protests of the previous summer will rekindle, providing us with actual fire hoses. This time around, we must be sure to aim those hoses directly at the government and (now enhanced) right-wing coalition. We must be sure to point out the connection between the different forms of government-sanctioned violence and tie them to the issues of corruption and the hijacked economy.

An anti-democratic, neglectful and racist establishment is hard at work to demoralize us. We are still strong, but we need for a sea-change to come soon, before things deteriorate further. How can we bring it about, in a city of broken glass? This is the question that haunts us. 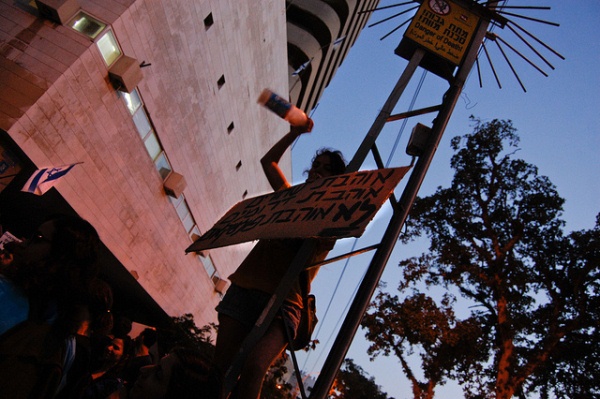