In a special meeting with members of Knesset from the Joint List, a group of Mizrahi activists present a manifesto calling for Palestinian-Mizrahi solidarity against racism and discrimination. 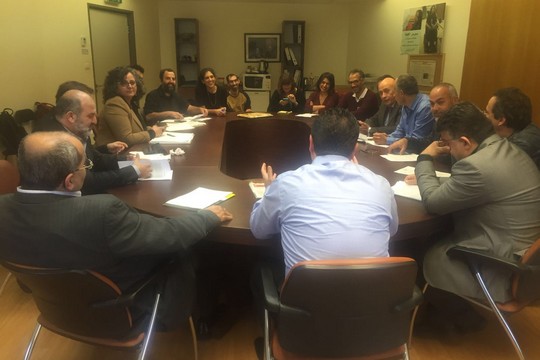 “Facing a reality of fear, discrimination, separation, and incitement we have joined together to form alliances, to cross barriers of ethnicity, gender, and consciousness.”

Those are the words that open the vision statement by a group of Mizrahi activists who support the Joint List, which was ceremoniously presented to members of the Joint List earlier this week.

The decision to do so, which began with a group of friends who were joined along the way by dozens of other activists, stemmed from last year’s election. That period was not an easy one for many Mizrahi activists: on the one hand, the elections took place as the Mizrahi discourse, especially as it relates to Mizrahi culture, began flourishing once again after years of ostensible silence. A group of young poets with a Mizrahi consciousness began making waves, and suddenly the Mizrahi discourse was everywhere.

Meanwhile it seemed that as election season began, this discourse failed to make gains politically: aside from Shas, which understandably could not serve as a political home for many of us, Mizrahiness as political consciousness was simply nonexistent in the elections. Candidates such as Eli Ohana in Jewish Home or Avi Dabush in Meretz, whose Mizrahi identity is a fundamental part of their public persona, were simply not enough to get them into the Knesset. Finance Minister Moshe Kahlon, like many Mizrahim before him, preferred to run on the “all-Israeli” ticket, and did not use his Mizrahi identity as part of his campaign.

But for many of us whose political socialization took place through the prism of Mizrahi identity, the ethnic component simply could not be expressed through voting alone. Thus, a group of secular and masorati (a term describing those who perceive and describe themselves as neither strictly religious nor secular) Mizrahi activists joined the ultra-Orthodox Shas party and established the “Civil Advisory Council.” Today, some of the former council members are part of a new Mizrahi initiative, “Tor Hazahav.” Others chose to go with Kahlon in order to strengthen a Mizrahi who heads a party that claims the mantle of social justice, in order to help a Mizrahi politician climb as high as he can. Among all these activists, one often hears a phrase that has come to be associated with the new Mizrahi discourse: “We are neither left nor right, this distinction is irrelevant to us.” 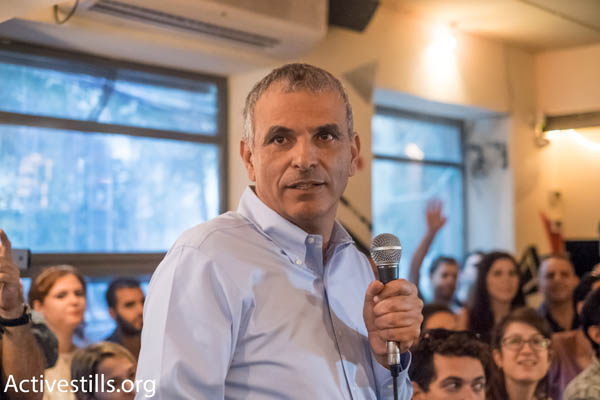 The establishment of the Joint List provides an invitation to imagine a vision of an open, inclusive Middle East home that strives for justice. In a reality of despair, siege, war, racism, and oppression, we are calling to create an alliance between all those who seek to struggle against a neoliberal social order and the anti-democratic forces rising up to destroy us.

This alliance rests on the assumption that oppression is never experienced identically nor does it leave the same marks on groups of people, however, every moral classification of inequality, pain, and injustice creates only more pain and injustice. Creating a hierarchy of injustices serves the violent engineering of a society and the militancy of all Israel’s governments. As natives of the region, we reject the idea of a colonialist withdrawal into an imaginary villa in the jungle. We must work up the courage together to dismantle the human food chain that has taken root here since 1948, which marks some of us as superior and some as inferior, while setting us upon one another. To oppose this divide an conquer is our moral obligation as Mizrahim, as Jews, and as those who come from this region.

It was us, political activists with a Mizrahi consciousness that did not undergo a de-politicization when it comes to left and right, one that is grounded in a deep left-wing worldview, and all the more so following the 2014 war in Gaza that preceded the elections. For us, the establishment of the Joint List created an opportunity to form a real civil-democratic camp, one that is free of an exclusionary Zionist nationalism. A political camp that will create opportunities for Mizrahi-Palestinian solidarity that completely rejects the Zionist notion of a “villa in the jungle,” the same villa that views both Mizrahim and Palestinians as children that must be restrained. Instead, we propose a reality based on cooperation and equality, one that views itself as part of the Middle East.

It is true that the Joint List does not include a single Jewish-Mizrahi candidate. And yet, in my opinion, it is the most Mizrahi party in the Knesset. For myself, the Mizrahi project was always a revolutionary one — one that does not seek to make cosmetic changes in the same imagined villa, but rather one that seeks to break down the walls and connect to its surroundings. This is exactly what underlies our partnership with the Joint List.

This week we met with members of Knesset from the Joint List and presented them with our manifesto, which took months to write, and which has been signed by 60 people. The meeting took place at a difficult moment for the Joint List, which is dealing with — like the Mizrahi struggle itself — extremely complex challenges. And yet, it seemed that all those who were present in that room could testify to the celebratory and optimistic atmosphere, and the joint desire to establish this partnership and turn it into something practical and concrete, one that struggles for redistributive justice and against discriminatory admission to university, incarceration, cultural erasure, and more. If this partnership truly does take shape — and I believe it will — it may be one of the most inspirational developments that this country has seen in years.

In the face of the fourth Netanyahu government, a government of political, economic, social, and human abyss, we will aspire to start a truth and reconciliation process between national, heterogenous collectives, Palestinians and Jews, with a goal of building a common home. Together we will recognize the deep scars of all the victims of bloodletting, economic and gender violence. Just as the poet Mahmoud Darwish opened his book State of Siege, we must sow hope in order to present it to our society, to our children, and to future generations.