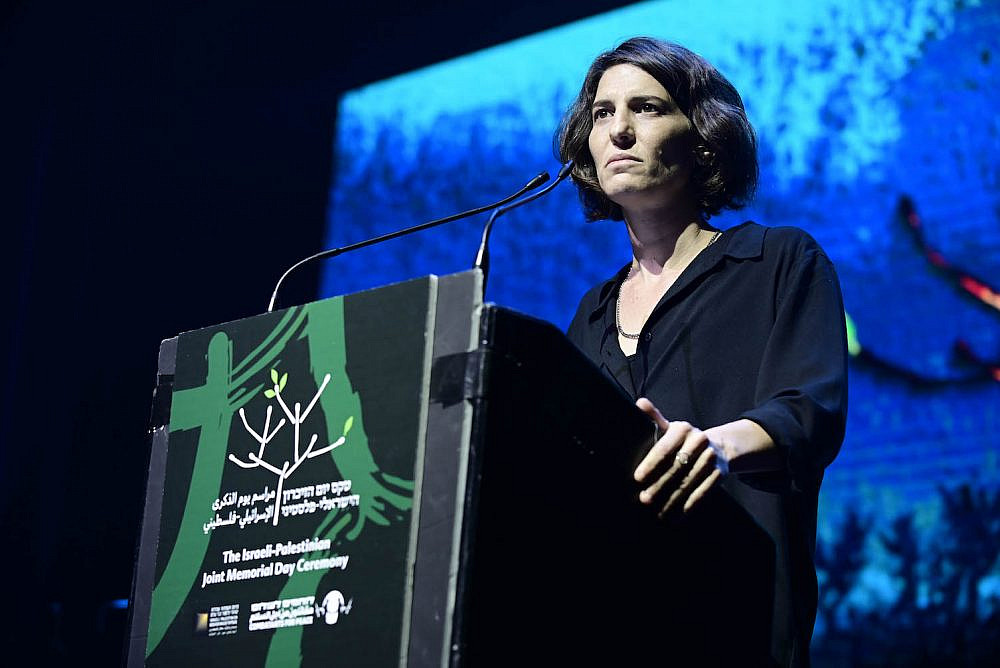 On May 3, 2022, hundreds of people attended the 17th annual Israeli-Palestinian Memorial Day Ceremony. The event — which is billed as an “opportunity for Israelis and Palestinians to both grieve together and stand strong in demanding an end to the cycle of violence” — took place in a secret location in Tel Aviv due to security concerns, and was broadcasted online with over 200,000 tuning in from around the world.

The keynote speech of the night was delivered by left-wing Israeli activist and author Yuli Novak, the former executive director of Breaking the Silence. It was translated by Libby Lenkinski and is reprinted below in full.

To be an Israeli is to grow up with the siren, and with the chills that accompany it. As a kid, you’re mostly trying to choke back an embarrassed giggle. But pretty quickly you learn, and then in the moment when it sounds, everything happens automatically: the body that straightens, the heart that assembles, the eyes that for just a moment close. And then the faces, the names, pictures that run through your head. Over time you already know exactly how to remember them all.

But to be an Israeli is not just to remember this death — it is to honor it, to value it, to cherish it.

The story of Yom Hazikaron (Israeli Memorial Day) is, in so many ways, the story of our Israeliness. And it’s also the basis and the justification for the political order that makes our lives on this piece of land possible. 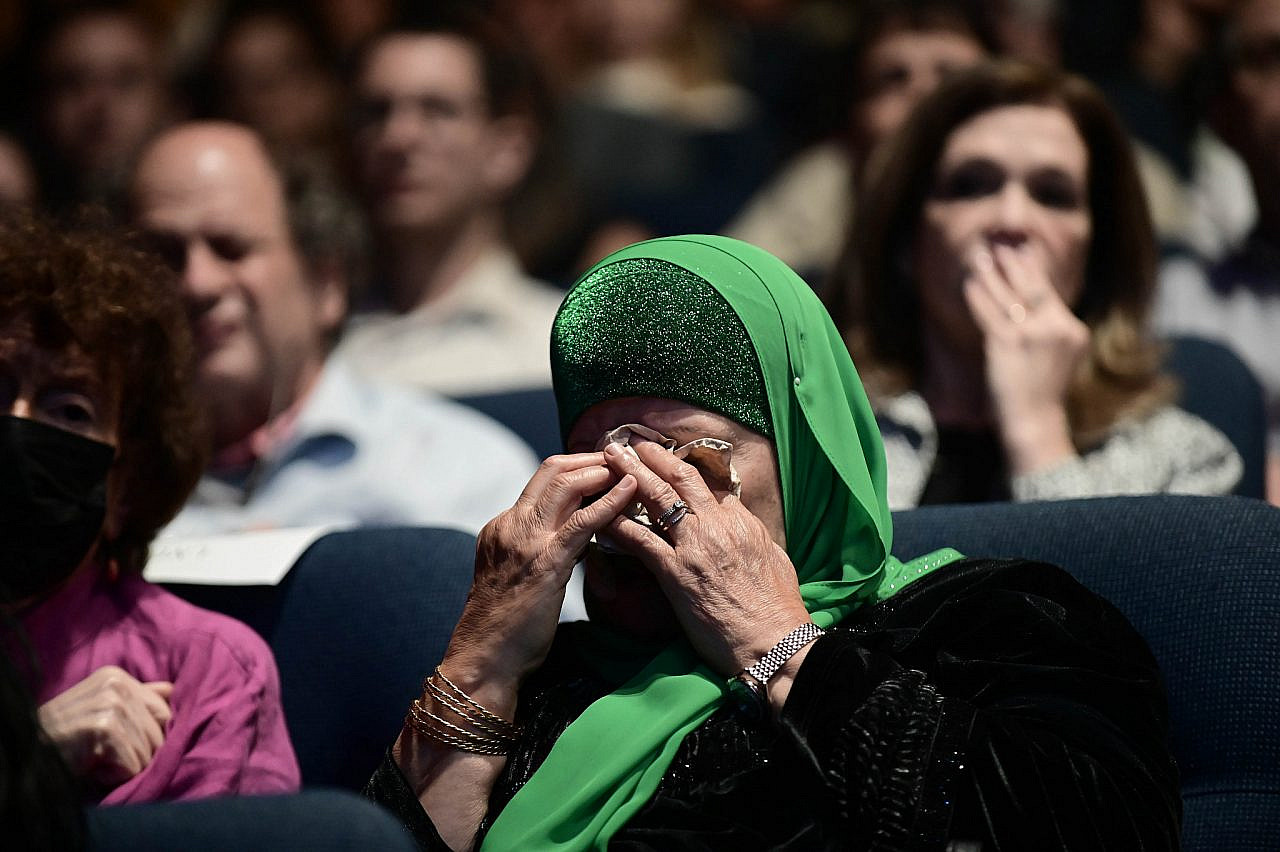 And with it also the fear. And with that, the loneliness.

Our Israeli story is a story of survival, of sacrifice, and of separation.

The Israeli story is a story of a persecuted minority, always lonely in the world. Like some kind of predestination from ancient times. We are a people that will live alone.

And the tragedy of the story is only getting deeper and more complex. Because our response to loneliness and fear is life by the sword: to arm more and more boys, to build more walls, to buy more planes.

In the Israeli story strength is always military strength. And power is just sheer power.

This day, Yom Hazikaron, is the day that best represents this Israeliness: the militaristic, the combatant, the male, the masculine. This day is so us, that any and every attempt to reimagine it, to locate the memory in a different narrative, even the simple attempt, the innocent one, to mourn together — undermines Israeli identity and political order in Israel. And we, here, who are trying to offer a different experience of memorial, are labeled “traitors,” and rightly so.

The willingness to betray the Israeli story of fear and loneliness is what makes this evening possible, for 17 years straight. On this day, because it is the hardest day to do so, the betrayal — in its deepest sense, its essential sense, and its transformative sense — gets loaded with a positive meaning. It is what allows us to sit here together, and to feel, alongside the pain, also a sense of pride. Because this isn’t a betrayal of ourselves, just the story we grew up into. Especially on this day, the day when the Israeli story is at its most potent — we must insist on releasing it.

And this is really just the beginning. To truly escape the trap of this Israeliness, we must courageously choose to bear this betrayal beyond this day.

The reality that demands repair spreads over time, space, and consciousness. It doesn’t only exist over the Green Line. And it didn’t begin in 1967. And it’s not only outside, but rather exists within us: in memories, language, dreams, in the limits of imagination. We cannot talk seriously about fixing this reality, before we are ready to acknowledge it and take responsibility for it.

Especially on this day — facing incomprehensible death, that keeps you awake and leaves you speechless — we have an opportunity to admit that even though we are all victims of the same reality, we the Israelis hold the power and make sure to keep this reality going. And despite the fact that in this bleeding reality we all lose big, there are those that lose way more than others.

And especially, this is the day to admit that apartheid and separation are burned deep into our consciousness. They form who we are, and limit who we could be. To admit that despite our desire to feel the pain of Israeli and Palestinian deaths as if they were the same, we simply don’t know how. And it’s likely the case that in the next war, just like the one before, once the numbers of Palestinian children that we killed climbs, then like some kind of a cruel spell, the pain once again will fade by itself. And when someone asks to remind us that, even so, we’re talking about human beings — he will also be called a “traitor.” 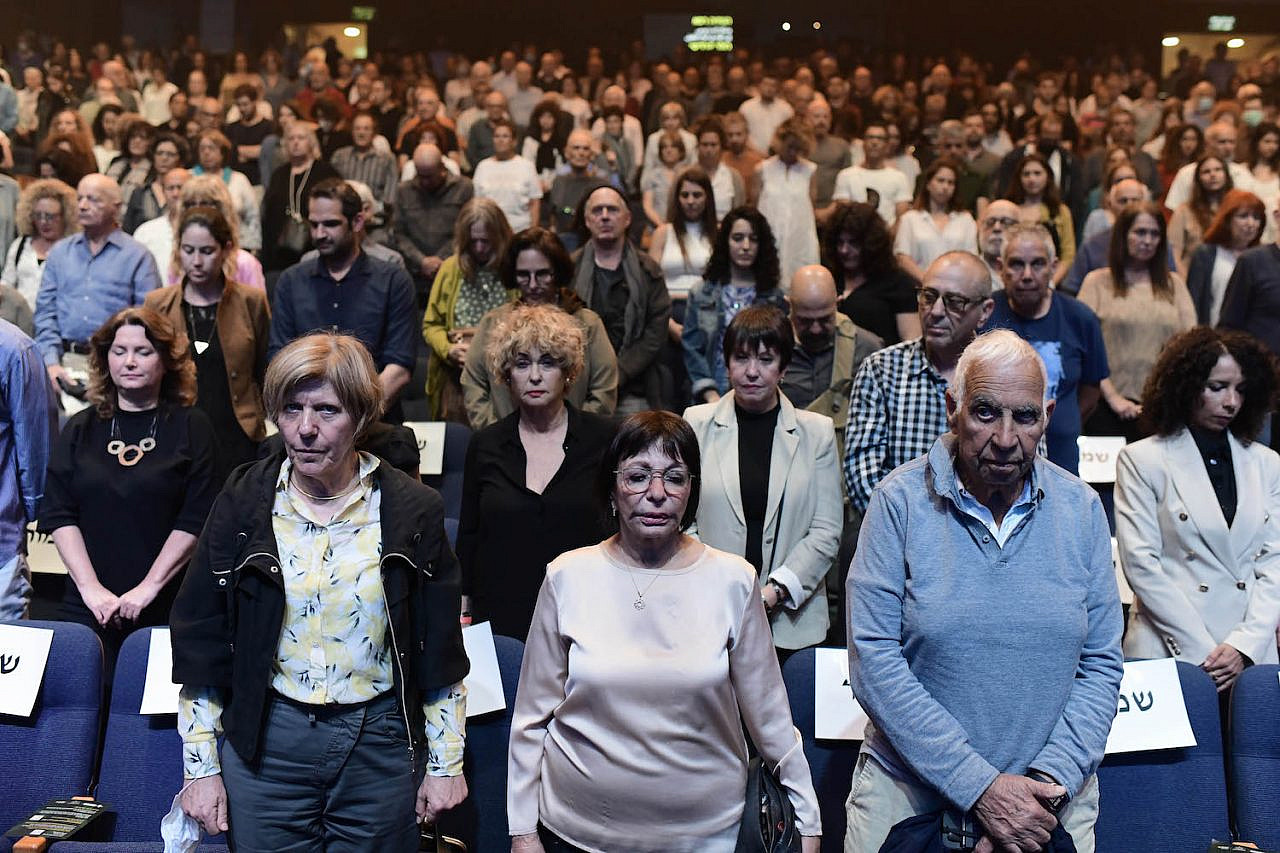 And here — another betrayal that one should be proud of. The betrayal of indifference that Israeliness imposes on us.

Only when we are prepared to betray, to truly betray, this story — then will we be able to begin to dream anew about peace. But this will not be peace between rich men in suits shaking hands on the backs of men and women who live here. It will be a real and just peace, the kind that embodies a new reality. A corrected one. A reality in which we acknowledge the pain we caused and redistribute what we took by force. A reality in which everyone living on this land will have the right to a life full of opportunities, and free from oppression.

On this day, the day when I feel more Israeli than ever, I wish for us that other days will come. Days when living here, in this place, as a Jew — will be very different from what it is now. That a day will come when the siren, and the chills that accompany it, will be just a distant memory, of something lonely and afraid, that we once were.

Yuli Novak is an Israeli activist. She was born and raised in Israel and served as the executive director of Breaking the Silence between 2012-2017.