No, men are not biologically programmed to terrorize women any more than women are programmed to invent accusations. Learned traits, in fact, can be unlearned. 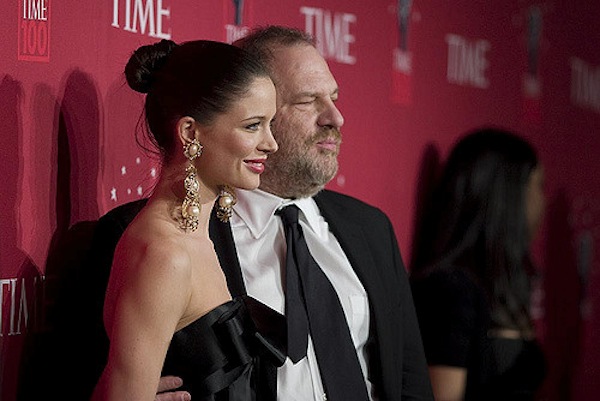 Revelations about Hollywood director Harvey Weinstein and others before him have sparked a curious backlash against the demand to treat women respectably in the workplace. It’s curious because the new norms haven’t even kicked in yet, as Weinstein proves. One of the prominent backlash arguments is that men now fear all professional interactions with women, lest they be arbitrarily accused of sexual misdemeanors.

I’m writing to spread the good news: men are not biologically programmed to terrorize women any more than women are programmed to invent accusations. I know this from personal experience.

He wasn’t just my first mentor – he was a lifeline. I put on a brave face when he hired me, but he probably had no idea how much the job meant to me. I was in my mid-20s and until then had suffered from a professional identity crisis that was actually a general existential crisis. Where I came from, what you do is who you are, and I had no idea. I knew my skills and passions, and I was willing to work very hard – but couldn’t for the life of me fit the jagged pieces together.

He was (and is) nearly 30 years older. He had catapulted to the top of his game – an international star, at the the top of a niche field. I landed the dream job – being mentored by the best to do work I knew I would love, for high stakes, with important clients. I even got international travel.

One night barely half a year in, we finished work late, around 11pm – in Greece. He wanted to go for dinner; we found a good restaurant, he ordered the best bottle of wine. He asked me what I thought of the work that night, how I liked my job in general. We talked politics, which is what we both love and do. With a loose tongue and the excitement of being away, I spoke freely, tested out my emerging analytic personality. I probably sounded completely immature but he encouraged me to talk, think, and think critically. It got late. We went back to our hotels — and went to sleep.

This was my mentor: he cited my work diligently in one of his books, though the insight came from a long-forgotten memo written in my earliest years as a lowly analyst. He supported my decision to scale down my work, despite all his grooming, and pursue a PhD instead; he advised me about topics and gave me a recommendation.

To this day, when we are in the same city, we try to squeeze in a meal, sharing lengthy analyses of the countries and projects we’re working on. More often than not, I am still asking for advice. He will always be my mentor, but as a person he made me feel like an equal. Nothing built my professional ego so early, for so long, and was so badly needed as this relationship.

How hard was that? It felt effortless to me, and I never saw him suffering.

It was a relationship entirely unburdened by the torment of whether or not to answer a late-night email. Ignore it and you are unprofessional; answer it and you are inviting unwanted advances. It allowed me to focus entirely on what kind of employee I wanted to be (answer: in my 20s, the kind who was dying to prove that I would respond at midnight). It allowed me to learn endlessly, free from the monumental waste of all my faculties on the difficulty of dealing with someone’s unwanted sexual advances. In a word, the relationship was simply motivating.

Without the cement block that falls over my mind and churns up my insides when I have to deal with sleaze, I have had fantastic collaborations with male colleagues and friends: co-writing articles, co-hosting a radio show, co-founding an organization. Yes, we also go for beers and dinner sometimes.

Are these relations hospital-level sterility? Of course not. There are flutters here and there. Compliments about looks have passed between us with impunity. But we have watched and listened to each other and correctly concluded that the relationship is at its best this way.

Who among us is a saint? Many years ago, a man I had met in a professional setting made advances. It could have been a classic harassment story. He was older and more powerful and considering hiring me for a project. I was less naïve by then, but still younger and more junior than him, still ever-ambitious. But in fact, there was an unspoken chemistry between us, and he was just reading the signs correctly. His proposition was a question, not a decision. When rebuffed he accepted it. Like a man. We remain friendly.

When men grumble that they’re afraid to have a private conversation with a woman at work, I have tried to entertain their confusion. But two decades of alpha-male work experience have brought this insight: if you look at the woman and see a human being, and listen to her instead of just listening to yourself, you’ll probably understand what kind of relationship is right for both of you.

Those guys who have been my mentors, friends and colleagues never lived in fear of accusations because they didn’t have to. If you fear being alone with a woman for that reason – my guess is that she’s the one who should be worried.

And when you learn the radical option of having a dialogue with an equal rather than behaving like a pre-verbal hominid, you might discover a new world of relationships with women, relationships that are not coercive, calculating, violent and exhausting. You will probably enjoy them much more.