Menachem ‘Meni’ Mazuz’s recent appointment to the Supreme Court reveals, yet again, that the borders of the rule of law lie only with those who are considered part of the ‘Jewish nation,’ not all of Israel’s citizens.

The appointment of Menachem “Meni” Mazuz to the Israeli Supreme Court did not raise any debate within the Israeli public. If this was a truly democratic society, which emphasizes the importance of respecting the opinions and status of its national minority, this appointment would never have been made at all.

There are many reasons why Meni Mazuz should not have been accepted into the Supreme Court. The most important of these is that Mazuz, in his capacity as attorney general, was the person who decided in January 2008 to close the investigation files into the killing of 13 young Palestinian citizens of Israel by the police during the October 2000 events. Mazuz made this decision despite the strong and clear recommendations of the State Commission of Inquiry, headed by former justice Theodor Or, which stated that some of the cases held enough evidence to indict the officers responsible, while other cases warranted further investigation. 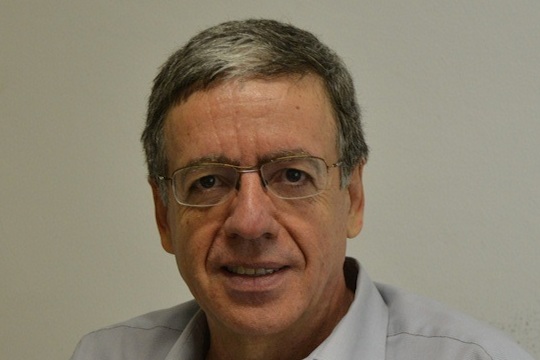 The timing of the appointment of Mazuz to the Supreme Court – just two weeks before Palestinian citizens mark the 14th anniversary of the October 2000 killings – is indicative of the contempt towards Israel’s Palestinian minority, and adds to their growing feelings of frustration and anger. A week after Mazuz’s decision in 2008 to close the investigation files into the October 2000 killings, Palestinian citizens organized the largest demonstrations since “Land Day” in 1976.

Mazuz is not the only person responsible for the failure of the October 2000 investigations to then be promoted to higher positions in Israeli institutions. For example, another current Supreme Court Justice, Elyakim Rubinstein, served as attorney general at the time of the killings and did not fulfill his duty to advance investigations into the events. Other individuals responsible include Shai Nitzan, the deputy attorney general who headed the sub-committee that recommended the closure of the files, who was promoted to state prosecutor; and Benzi Sau, the police commander of the Wadi ‘Ara region, who faced wide criticism for his use of snipers that killed three of the 13 Palestinian victims, yet was promoted to the post of police commander in the Tel Aviv region.

In addition to his role in the closure of the October 2000 files, Mazuz helped draft, approve and defend many discriminatory laws that were enacted or proposed by the Knesset, some of which were blatantly targeted or racist against Palestinian citizens, and were deliberately aimed at undermining their rights. For example, in 2003 Mazuz promoted the Citizenship and Entry into Israel Law, which prevents the family unification of tens of thousands of Palestinian families if one of the spouses or their children is from the Occupied Palestinian Territories. The law was approved twice by the Supreme Court, both in 5-4 rulings, despite harsh criticisms from human rights organizations and the four minority justices. This law directly discriminates against Palestinian citizens and violates their basic right to family life. The law is also an attack on the fundamental right to citizenship for Palestinians in Israel, which should be inalienable in any self-proclaimed democracy. The approval of this legislation, of which Mazuz was a crucial part, helped to pave the wave for further discriminatory and harmful laws to be enacted.

Furthermore, in 2007, Mazuz approved the proposal of the Admissions Committees Law, which effectively prevents Palestinian citizens from living in 434 small communities on Israeli state lands, giving the green light for the practice of segregation in housing that already exists in practice between Palestinian and Jewish citizens of the state. Ignoring the Supreme Court’s decision in the 2000 Ka’adan case, which sparked a public debate on the exclusive control of state lands by Jewish citizens, Mazuz helped the new law circumvent the court’s ruling. The Admissions Committees Law was recently upheld by the Supreme Court in a 5-4 ruling, despite criticism against it. The verdict on the case was issued just two weeks after the court rejected a request to appeal by the 1,000 Arab Bedouin residents of Atir and Umm el-Hieran, two unrecognized villages in the Naqab/Negev, against the government’s plans to demolish their homes in order to build a Jewish town called “Hiran” over their ruins. The court rejected the residents’ request, claiming that there was “no public interest” in their case. Apparently, the fate of a thousand Bedouin citizens of Israel, who have lived in a village established by the state since 1956, is of no interest to the government, the public or even the Supreme Court.

The series of decisions made by Mazuz as attorney general was not the result of careful legal and professional considerations, but was a reflection of his worldview that greatly influenced his decisions in relation to Palestinian citizens. The absence of public debate over the appointment of Mazuz illustrates an important lesson about the notion of the rule of law in Israeli society. Many have praised the courage of Mazuz in filing charges against a former prime minister and other government officials, but have completely ignored the absence of such courage regarding the October 2000 killings, despite the strong recommendations of the Or Commission. Mazuz’s appointment to the Supreme Court thus reveals, yet again, that the borders of the rule of law lie only with those who are considered part of the “Jewish nation,” not all of Israel’s citizens.

Salah Mohsen is the media director at Adalah – The Legal Center for Arab Minority Rights in Israel. This article first appeared in Hebrew on Walla.