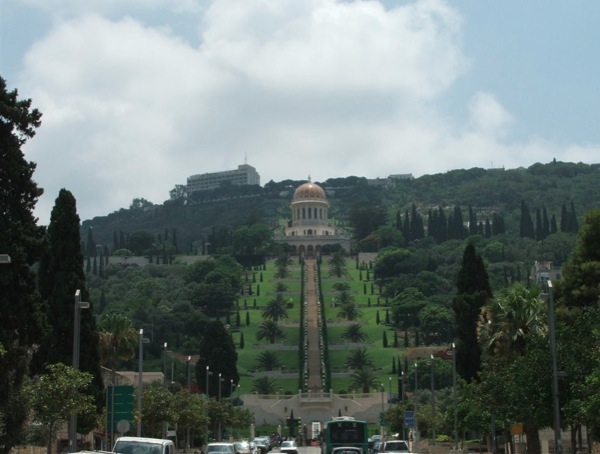 The Central Bureau of Statistics defines the following cities as mixed cities in Israel: Acre (27.2% Palestinian-Israelis), Lid/Lod (24.4%), Ramleh/Ramla (22.5%), Haifa (10%), Jaffa (31.2%), Nazareth-Illit/Upper Nazareth (14.5%) and Ma’alot-Tarshiha (22.1%). Aside from Nazareth-Illit and Tarshiha-Ma’alot, the current reality in these cities is the direct outcome of the 1948 war and the collapse of the urban life of the Arab cities in mandate Palestine.

Each one of these cities holds a rich history along with a complicated past and a harsh reality. What in this case does the future hold for the only scheme that has both Jews and Arabs living alongside?

After the 1948 war, the majority of the Arab residents of these cities (Acre, Lid/Lod, Ramleh/Ramlah, Haifa & Jaffa) left or expelled, depends who you ask. Families were separated while some left to the West-Bank and Gaza (and other neighboring and Western states) and others stayed in the new born Jewish state. Jewish population started residing in these cities before 1948 and after the establishment of Israel, reality changed and the majority of pre-1948 became a minority.  The following chart summarizes the numbers in my city:

Unlike their fellow Palestinian-Israelis in the Galilee under military law, Arabs in mixed cities encountered a new reality of becoming a minority in their own cities and neighborhoods. The middle class was crushed and most of the residents left “behind” were unable to rebuild the life they knew. After 1948 Palestinian-Israelis constituting these mixed cities were combinations of four main groups: pre-1948 residents, refuges from neighboring villages and cities, Bedouins and after 1967 Palestinian collaborators from the West Bank and Gaza. While 156,000 Palestinian-Israelis lived in Israel after 1948, there are 1,271,000 in Israel today and not even one designated city was established since (besides the Bedouin city of Rahat, in the Negev) creating a lack of housing solutions and pushing this minority to alternative solutions such as “illegal” house expansions and building on their agriculture lands – which is considered illegal.   One might think that in the long run, this new neighboring reality would create an easier integration in the new Israeli society and especially in the relations with the new emerging state. This has not been the case. Sixty three years later, research show that the predictions were false and in many elements of the modern daily life the residents of the mixed cities are behind.

Palestinian-Israelis livings in mixed cities are residing in solitary neighborhoods and ghettos. In Ramleh 75 percent of Arab residents live in the old city, something I myself didn’t even know. Unemployment, crowded neighborhoods, failed health system and unequally allocation of resources in the education system are just small examples of the mixed cities mayors’ failures.

What should be done differently in mixed city, as oppose to Palestinian-Israeli cities and villages in Israel to promote the general good? As a start, the minority living within must change the current attitude of being subordinates to deeper involvement in the decision-making process. Democracy is not about voting, it is rather about political involvement mainly in fields that are concealed like housing planning, education and employment. In addition, both sides must realize that they are “sentenced” to living together and deeper cooperation and mutual understanding between Arabs and Jews are bases for better future. We are witnessing radical movements, mainly in Jaffa and Lod that are taking our mixed cities to dark places of hatred and hostility. Isolation and separation are the formula that is bound for failure, let us try to overcome that, together.

Post based on “The Arabic population in the mixed cities in Israel: Problems, Barriers and challenges toward alternative urban policies” by Prof. Rassem Khamaisi.