Since the founding of the State of Israel, the Ashkenazi elite has suppressed the Mizrahi culture Jews from Arab countries brought with them. But almost without us noticing, those who led the Zionist project also erased whatever was left of the Ashkenazi traditions from Eastern Europe. 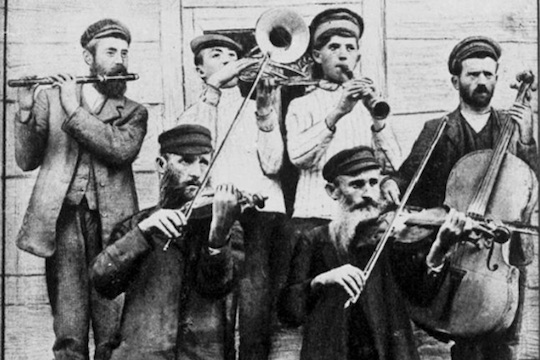 Family Day was no different from any other holiday. On this day, too, we received an assignment from our daughter’s kindergarten teacher. Only this time, we were slightly embarrassed. As part of the Family Day (formerly known as the Israeli version of Mother’s Day) celebrations, the kindergarten hosted a big meal, in which every parent was asked to bring an “ethnic dish” that is traditionally made in each home. At first thought, no “ethnic dish” came to either my nor my partner’s mind. After some more thought, we came to the conclusion that neither of us has any culinary tradition that was passed down to us from our grandparents’ homes. Of course, when I was young I ate gefilte fish, matzo breit and kugel on holidays. After my grandmother’s death, however, very little was left of this tradition, which, in any case, took place only once or twice a year. Tradition cannot be summarized only in terms of food, but also in other areas: most descendants of Eastern European Jews will have a hard time finding ways of reconnecting to their past.

I see young Mizrahim around me celebrating and reviving their ancestral cultures. Shortly after the events of Family Day at the kindergarten, I took part in the launch of the new Cafe Gibraltar website. The young Adi Keissar moved me with her words:

“My grandmother loved me with her heavy accent, with her Yemenite talk which I could never understand. As a girl I remember how I feared being alone with her, concerned that I would not understand what she was saying.”

I always understood my grandmother, but mostly because she did not talk much. She was a simple woman, the mother of my father, who, as everyone always said, “could not speak three languages.” As a young Pole, she fled Europe before the Holocaust and arrived in Montevideo, Uruguay, where she was married and had three boys. She wasn’t really able to properly learn Spanish, since she was a housewife. She cooked marvelously, but her children and grandchildren were not smart enough to document her tremendous culinary knowledge and pass it on.

This is how I found myself with sweet potatoes in the oven during my daughter’s Family Day meal. My grandmother moved to Israel with a mix of Yiddish and Spanish and was never able to properly learn Hebrew (she mixed up the gender pronouns until her very last day). Since she spent most of her life on the move, she didn’t have a clear cultural identity. I have no idea what songs were sung to her in her childhood or which stories she told my father. When she moved to Israel with my Zionist grandfather, they were once again considered “immigrants,” and passed the remainder of their lives in a struggle of livelihood, language, identity – and all against the neighboring Mizrahi immigrants.

And what was left for me? If I wanted to go back in time and search for the traces of my Jewish identity and culture, what would I find? Like many other Israelis whose ancestors lived outside of Europe for a generations or two before arriving in Israel, my family also warmly adopted the culture and identity of their intermediate station – in our case Uruguay. Ironically, our need for finding whatever cultural roots we could, turned us into quasi-Uruguayan patriots despite the fact that our Zionist parents traversed half the globe in order to raise us here. When you have no idea how and where your grandparents grew up, you are resigned to being satisfied with the achievements of Uruguay’s soccer team in the World Cup.

Since the founding of the State of Israel, the Ashkenazi elite has suppressed the Mizrahi culture Jews from Arab countries brought with them. But almost without us noticing, those Ashkenazim who led the Zionist project also erased whatever Eastern European Ashkenazi traditions that were left after the Holocaust. In an interview to Haaretz, Attorney Yifat Bitton said that for Asheknazi Jews in Israel,”classical music is also an issue of identity – thus doubly gain: they enjoy the music and they feel at home.” Tell that to my grandmother, who like many other Poles, Romanians and Russians, never heard of Beethoven or Brahms.

The Ashkenazim were on the winning side of the cultural struggle in Israel, and perhaps it is because of this that they did not feel the need to struggle to maintain their cultural identity. But on the losing side remained Ashkenazi culture, which is for the most part, very different from the white, European culture that came to define the new Zionist. These are the last moments in which we can save an Ashkenazi tradition that has nearly disappeared, although it is unclear if there is anyone who will do it.

Edan Ring is a Herzliya-based media consultant for political and social organizations. This piece was first published in Hebrew in Café Gibraltar.