Two of the most well-spoken public figures in Israel are MK Ahmad Tibi and former settler leader Dani Dayan. Dr. Tibi is known to lecture to the Knesset plenum in prose, and is considered one of the MKs with the best command of the Hebrew language. Dayan, on the other hand, has the uncanny ability to make even the most die-hard two-state advocate question their political belief system.

But just because two people are elegant and gifted orators doesn’t mean they can’t get into an old fashion, tit-for-tat Twitter battle — and that’s exactly what happened today. I’ve translated the entire back-and-forth below.

The heated 140-character-at-a-time quasi debate started when MK Tibi tweeted a picture of two Palestinians bound and blindfolded in a humiliating way by the IDF at the Hawarra checkpoint. 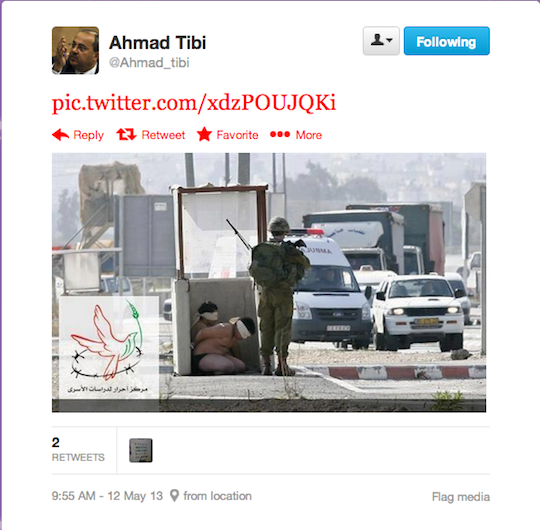 Tibi was quickly called out by others on Twitter, however, who pointed out that the picture was from 2011. Dayan, who is active on Twitter himself, replied with a picture of Jewish settlers mourning the the victim of a Palestinian shooting attack. He wrote: “This is from 2013”. 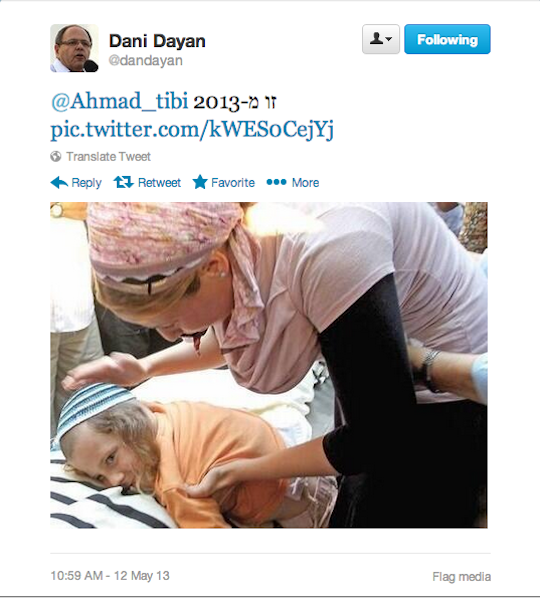 A few hours later, Tibi retorted: “The difference between me, you and [you all] is that I condemn and condemned the harming of Jewish children, see the murder in Itamar. And vastly different, you are participants in the suffering and harming of Palestinians.” 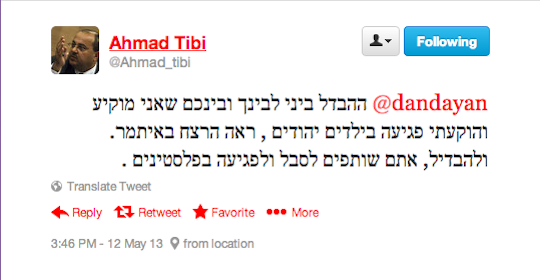 Dayan wasn’t having it. “Not true,” he retorted, “I condemn ‘price tag’ acts against Palestinians much more clearly and explicitly than you condemn acts of terror, [which are] 100-times more severe.” 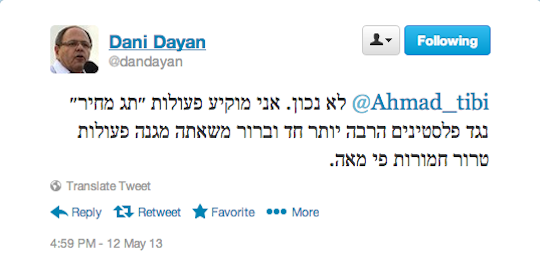 Of course it couldn’t stop there. “Price tag?!”, Tibi virtually shouted, “What about the biggest land theft in history, which you are a part of? Let me put it this way: There’s no symmetry between an occupier and the occupied! None!” 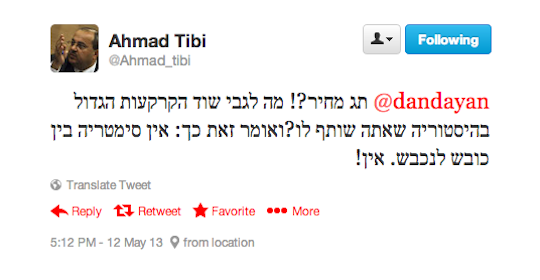 History? He went to history? I’ll show him history,Dayan must have thought. He replied: “MK Tibi: There’s no symmetry between an aggressor and someone defending themselves. He who tries to take everything by force and loses, pays a price for his belligerence. There’s nothing more just than that.” 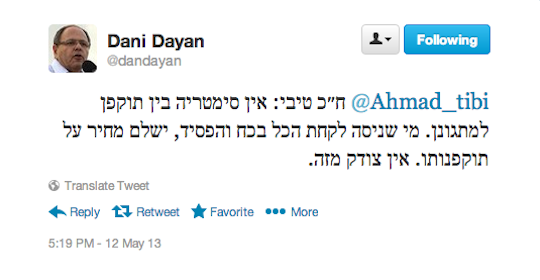 Here’s where it starts to heat up. Tibi replied: “The ‘right’ to self defense doesn’t exist for trespassers (*can also mean invaders) in occupied land. Settlers are invaders and they’re the aggressors, and a people under occupation is the victim. It’s very simple.” 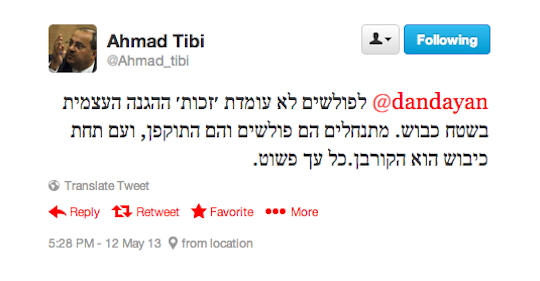 “Simple indeed,” Dayan shot back. “You rejected [the Partition Plan]. You started a war “to liberate all of Palestine.” You lost. We liberated Judea and Samaria (the West Bank) in a defensive war. There’s a price for your belligerence. There’s no way back.” 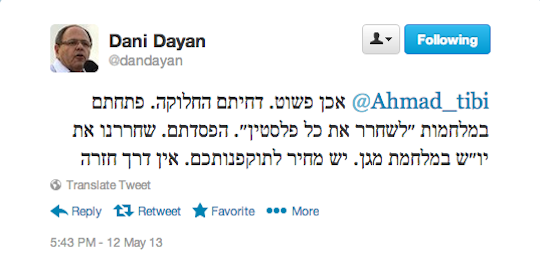 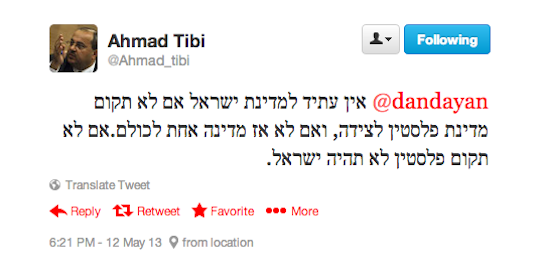 Always the gentleman, Dayan wrote back: “Wishful thinking, Dr. Tibi. Together with that, I must point out that your concern for the future of Israel touches my heart.”