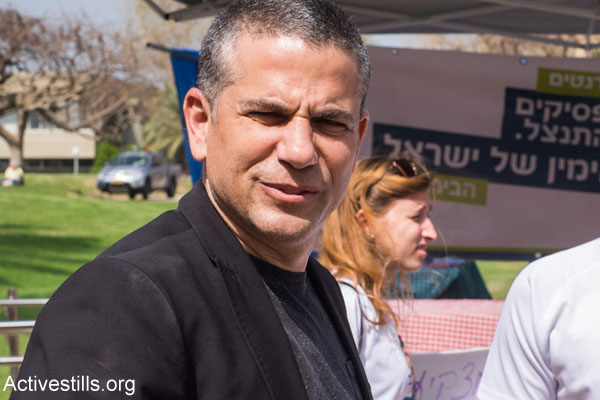 Right-wing elements in Israel have long claimed that the two-state solution is national suicide. Logically, it follows that advocating for such an outcome would constitute treason.

On his Facebook page, Magal posted a video published on +972 Magazine last month, in which former Israeli Foreign Ministry director-general Alon Liel discusses how he is lobbying European countries to recognize the State of Palestine.

“In addition to the fact that, in my opinion it is reckless behavior, it violates section 97(b) of the penal code,” Magal concluded.

Section 97(b) is the first subsection defining treason in the Israeli penal code.

Magal clarifies that he does not think Liel should be sentenced to death, but is adamant that he has committed treason — for advancing the two-state solution.

Because of the drawn-out process of forming a new coalition there have not been many opportunities for freshman MKs to make headlines since the elections. But it is indicative of the type of rhetoric we can expect to see over the next four years in the fourth Netanyahu government.