The government is exploiting the shooting attack in Tel Aviv to disguise discriminatory policies against Palestinian citizens as an effort to bring the rule of law to an ‘unruly’ society. 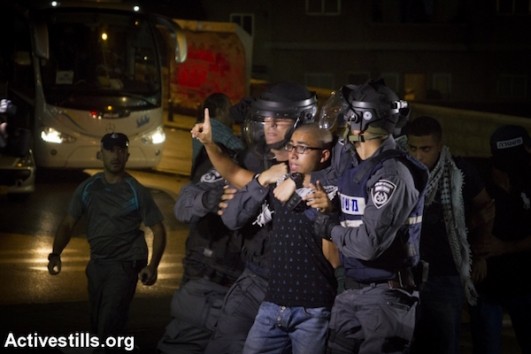 Prime Minister Netanyahu directed a range of comments at Israel’s Palestinian community Saturday night, speaking at the scene of a deadly shooting attack in Tel Aviv. A day earlier, a Palestinian citizen from northern Israel opened fire at a bar, killing two and wounding eight.

Netanyahu denounced what he called “lawless enclaves” in the Arab sector; condemned the “wild incitement of radical Islam”; encouraged Arab integration through the IDF; and declared that police presence will ramp up in Palestinian towns and villages. “Whoever wants to be Israeli must be Israeli all the way,” he said, adding that he “will not accept two states within Israel.”

Netanyahu’s comments have been widely criticized as amounting to racist incitement, with commentators accusing the prime minister of blaming the Palestinian community in Israel for the actions of a man with a personal history of crime and mental health problems. Local and national Palestinian leaders in Israel publicly condemned the attack in Tel Aviv, while some Jewish politicians joined in blasting Netanyahu for “lashing out” at Palestinian citizens.

There is, however, another concerning element of Netanyahu’s comments that is not being given enough scrutiny: his call to increase law enforcement in the Palestinian communities in Israel. 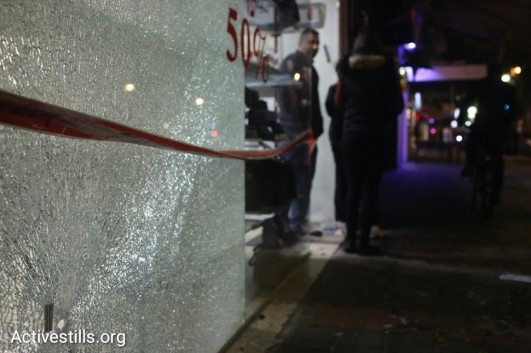 On the surface, it would seem that this measure is actually a positive move. Not only do Palestinian communities face high levels of crime and violence, but Palestinian citizens themselves have long demanded that police become more involved in addressing these problems, with many initiatives for trust-building and cooperation being pursued by local Palestinian leaders, civil society groups, and certain police branches.

Netanyahu’s “solution” in the wake of the Tel Aviv attack, however, is deliberately misleading. As Palestinian citizens have long criticized, Israeli law enforcement authorities have historically taken little interest in the Arab sector unless they related to security matters, excessively belligerent mob activities, or political and anti-war demonstrations.

The reason for this, as the Abraham Fund’s Co-Director Thabet Abu Rass told +972 Magazine in October, is that the Israeli police “are not operating as a civic service for the [Arab] community, but as a security-oriented institution for the state.” This is reflected in Israel’s long history of police violence against the Palestinian minority, from the killings of October 2000 to the impunity granted to officers’ brutality. This was also evident in the police’s discriminatory policies during the recent unrests of October and November 2015, when increased police presence resulted in extensive harassment and political suppression of Palestinian citizens.

The timing and content of Netanyahu’s remarks yesterday are further proof that the government is not turning its attention toward the Arab sector because its residents need help. It is doing so because a violent act by a Palestinian citizen — which is usually contained within the Palestinian community itself — has spilled into the Jewish sphere. Thus for the government, “increased law enforcement” means intensifying campaigns against activities that are deemed threatening to the safety of Jewish citizens. Since local gang conflicts, murders of Arab women, and other social troubles are not the priority, the Palestinian community is unlikely to benefit in the way it would hope. Some can argue that any crackdowns on violent cells and individuals that are driven by political or racist motivations would benefit both Jews and Palestinians alike. But experience shows that these crackdowns are rarely ever limited to those targets, and in fact are routinely abused to the detriment of Palestinian public and political life.

This new move is not an unprecedented or isolated incident. The Israeli government has been initiating numerous measures in recent months (and years) to strengthen its hold over the Palestinian minority, from enacting racist laws to attacking political movements to reviving draconian powers. The attack in Tel Aviv is just the latest political opportunity to further push for these methods, disguising the government’s discriminatory policies as an effort to bring the rule of law to an “unruly” society.

Judging by Netanyahu’s remarks, the country’s political leaders have as much work to do in absorbing these facts as do the police officers on the ground.