On Saturday night, I posted a clip showing IDF forces shooting tear gas and throwing stun grenades at Palestinian houses in the middle of the night. The incident occurred in the West Bank village of Nabi Saleh, where unarmed protest against the confiscation of the village’s land takes place every Friday.

Here is the video again. After the army cars stop, you can hear the weapons being loaded. Then there are the blasts, and the silhouettes of the soldiers throwing more and more grenades at the local houses. The occasional shots you see are the gas launchers, fired in several directions. Around one minute into the clip, you can hear the tear gas spreading near the Palestinian photographer (and later again around 1:20). Note that there is nothing else happening in the street, and there is no Palestinian in sight. The soldiers aren’t under any kind of threat.

On Sunday morning, I contacted IDF Spokesperson for a comment on the video. It took them the entire week, but I finally got a reply:

“At the time of the described event, tires were set on fire near Nabi Saleh, and a roadblock made of stones was set on a nearby road, which interfered with routine security activities. It should be noted that disturbance of public order takes place in Nabi Saleh every week, as well as popular H.S.A (Hostile Sabotage Activity – an army codename to terrorism).

Regarding the burning tires and the roadblock, the army is basically confirming that the action which was caught on tape was a form punishment against the village’s people. After all, even if you accept the army’s version, nothing in the video indicates an attempt to deal with the security issue itself – i.e. the tires and those who put them there – the soldiers are simply shooting in all directions. This is the heart of the matter: even the army doesn’t try to portray the event shown in the clip as direct action against a security threat, but instead uses things that [may have] happened outside the village, on a nearby road, to justify the soldiers’ behavior.

The last part of the comment is inaccurate, to say the least: No terrorist activity has taken place in Nabi Saleh in recent years. Stones are hurled during demonstrations, and I heard reports of Molotov cocktails, though those were very rare. The protests taking place in the village are strictly unarmed – even the army doesn’t dispute that.

The fact that IDF spokesperson felt a need to add a comment about the weekly protest in Nabi Saleh only goes to show that as I suggested, this was an attempt to terrorize defenseless people, so that they would stop protesting.

From my own personal experience as a soldier and an officer in the West Bank, I can testify that these forms of collective punishment against Palestinian civilians who happen to live where protest is taking place is very common. The only unique thing about this incident is that it was caught on tape. 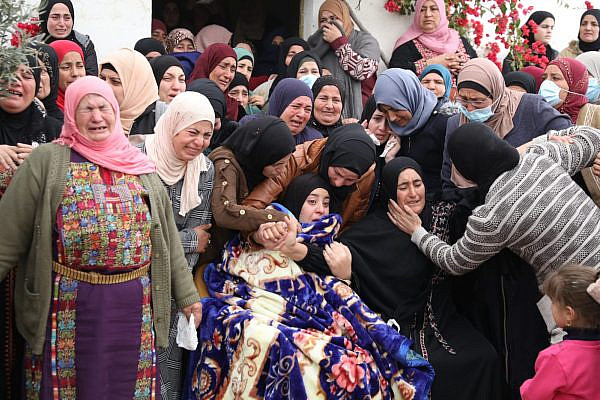 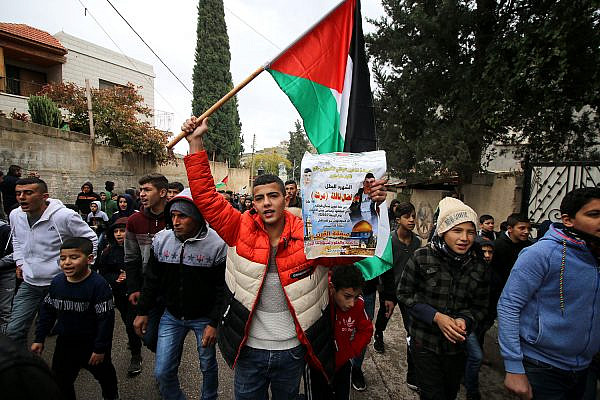