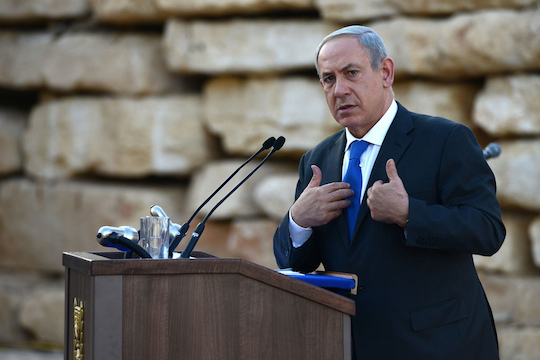 The Jewish Nation-State law, a new bill that the Netanyahu government is pushing through the Knesset could bring about the end to their political domination over Jews in Israeli society since the state was founded in 1948, Arab leaders are warning.

Mohamed el-Rasmi from Sakhnin told +972: “We’re really worried. We’ve been dominating Israeli politics since 1948. What now? We won’t have any more Arab ministers? No Arab minister of defense? Of treasury? Of education? The thought alone makes me shudder. If we have no representation in government, we’ll basically be second-class citizens!”

Over the past few days, +972 Magazine spoke to various leaders in both the public and private Arab sectors about the new bill and its consequences. There seems to be a wide consensus that the outcome could be quite grave.

Hamdan Younis, a businessman from Taibeh, said he fears for his livelihood. “It’s always been the Younis’ and 11 other Arab families making money off of the land’s resources. The water, the phosphates, the gas in the Mediterranean. We’ve been screwing the 99 percent over for decades – why does it have to stop now? Why? Because we own the media? Is that it?!”

“What will happen to all the Arab cities in planning?” asked Mustafa Mahmid, who owns a large construction company in Tira. “New Arab towns have popped up like mushrooms after the rain until now – where does this leave me? Will they stop approving new towns? You know what this will mean, don’t you. We’ll have to live basically on top of each other, with sewage running in the streets! When’s the last time you saw an Arab town like that!?” he added, enraged.

Fadi Jabarin, minister of education, believes the law could have an astounding effect on the Israeli school curriculum. “I am afraid that if this bill turns into law, Israelis will stop learning about the Nakba. They might even stop learning about Arabs at all. What will they learn about then? The Holocaust? Bar Kochva? Bialik? After all these years Israelis have been studying and quoting Mahmoud Darwish, wouldn’t that be a shame?” said Jabarin.

Other leaders expressed concern for the more basic and symbolic. Interior Minister Mahmoud Majadli said he fears of an inevitable change to the nation’s symbols. “What now? Will they take the crescent off the national flag? It looks so nice next to the Star of David. And what about the national anthem? Are you actually telling me that from now on the national anthem will only be about Jews? No mention of us? How can I sing that? I love singing our anthem, and I’ve been told I have a really nice voice.”

(This article is satire.)