Well, that’s a painful visual metaphor if there ever was one. A young Israeli man by the name of Yisrael Yehudai (lit: Israel Judean) has decided to express his hatred for Arabs not by a sticker, and not by actually attacking anyone (to my knowledge), but by carving the words “Death to Arabs” into his own arm. He posted this as a profile picture back in July, and the pic recently went viral: 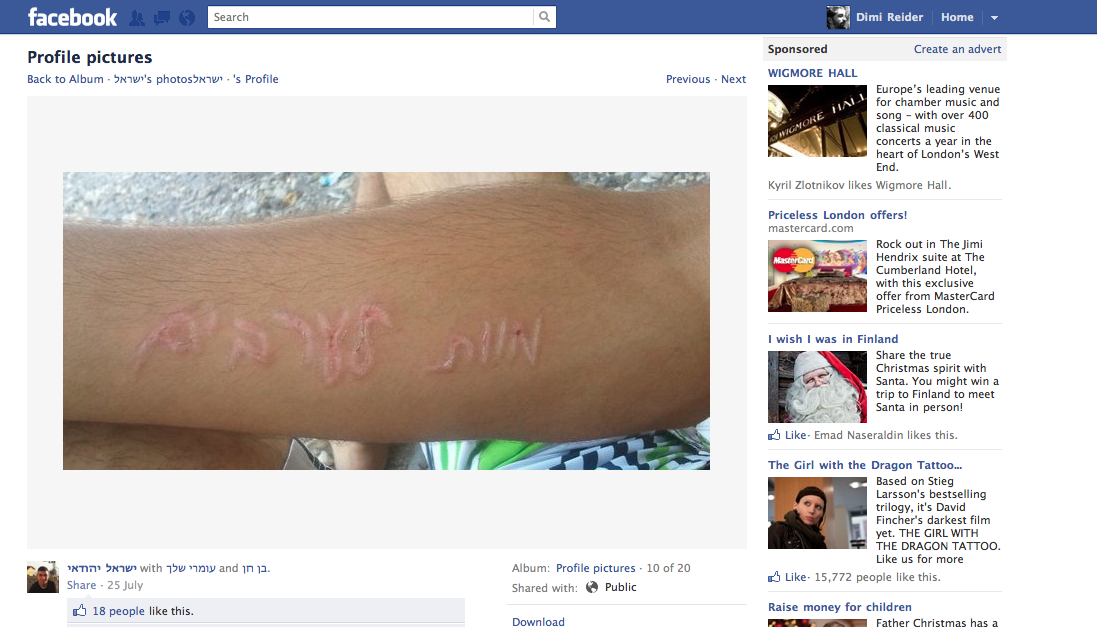 Although the immediate reaction is indignation that someone would be hateful enough to do that to himself –  our man didn’t make do with the mild discomfort, of, say, a tattoo, but went through the pain of wounding himself to express his racism. But after the initial shock you can’t but feel sorry for the guy and  think of what a fine metaphor his foolish act provides us with. The man who did that to himself and those who “liked” the picture are probably of the kind that would call the author and most of the other writers on this site “self-hating Jews”. But the picture illustrates almost  too perfectly a simple truth: Hateful nationalism is narcissistic (as exemplified both by the carving and the taking and posting of the picture), ineffective (the man’s act scarcely advances the cause of the Jewish people), and, most of all, irredeemably all about self-harm. Pretty much all you need to know about it if you ever go shopping for ideologies.