As the Democratic party regroups ahead of the next election cycle, it would be wise for its leadership to examine areas where the Clinton campaign diverged from the party’s base. Israel-Palestine is one of those issues. 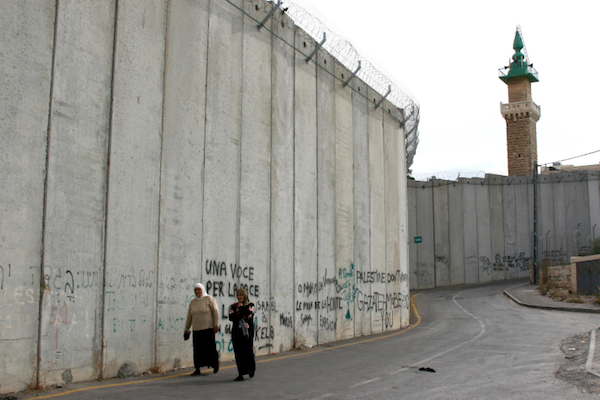 The number of Americans who support imposing sanctions on Israel over its defiant settlement policies has shot up to 46 percent, the same percentage of Americans who voted for Donald Trump in the presidential election.

That number has shot up nearly 10 percentage points over the past year, according to a national poll published by the Brookings Institute on Friday, on the sidelines of this week’s Saban Forum, “an annual dialogue between American and Israeli leaders.”

Among Democrats, a 60-percent majority “supported imposing some economic sanctions or taking more serious action” in response to Israeli settlements, the poll found. A much smaller number of Republican respondents (31 percent) support sanctions.

The United States, like most countries in the world, opposes the existence and expansion of Israeli settlements — both in the occupied West Bank (including East Jerusalem) and Golan Heights. Despite that opposition, however, Washington has rarely set any consequences for Israel’s settlement policies or actions.

Out of step with the people

One of the three demands in the Palestinian call for boycott, divestment and sanctions (BDS), is an end to Israel’s military occupation, a step many believe would require the dismantling of the West Bank settlements.

The Brookings poll seems to indicate that nearly half of Americans, enough to elect a president, support that Palestinian demand and want their government to take action along those lines, at least with the “S” part of BDS.

Perhaps demonstrating how out of touch decision makers are with the electorate on the matter of Palestine and Palestinian rights, momentum in American government — local and national — seems to be toward limiting the tools Americans have to leverage their own economic and political power to end the occupation.

At least 22 U.S. states have legislation that punishes companies for answering the Palestinian call for boycott, divestment and sanctions against Israel. Just this past week, the United States Senate passed a bill that includes in its definition of anti-Semitism, “[a]pplying double standards by requiring of [Israel] a behavior not expected or demanded of any other democratic nation.”

Those legislative measures, meant to limit the public’s legitimate protests and discourse on Israeli human rights violations and breaches of international law, would seem to be at odds with the American public’s growing support for holding Israel accountable for its actions.

The poll also showed a stark political divide between Democrats and Republicans with regards to UN Security Council intervention in the Israeli-Palestinian conflict. Whereas a majority of Democrats (51 percent) said the United States should vote in favor of Security Council resolution endorsing Palestinian statehood, an equal percentage of Republicans (51 percent) said the U.S. should veto such a resolution. Among independents, the majority (59 percent) said Washington should abstain in a vote on Palestinian statehood.

Over the past several months, observers — and stakeholders — of Israel-Palestine had entertained the possibility that during his final months in office, President Obama might support a Security Council resolution either: a) codifying a framework for Palestinian-Israeli peace, defining the contours of a two-state solution and its basic building blocks, or; b) condemning Israeli settlements as illegal under international law, and calling for an end to their expansion.

A liability for Democrats?

In recent days, American Ambassador to Israel Dan Shapiro insinuated to Israeli news outlets that President Obama will do no such thing in his final 47 days in office. Perhaps the administration’s calculus was changed by Donald Trump’s election victory, or maybe a final Security Council push was never being seriously considered. But the new Brookings poll, along with trends that Democrats have been quietly discussing for months if not years, indicate that that brand of blind allegiance to Israel might be harmful to the Democratic party in the long run.

Leaked internal Clinton campaign emails from last year revealed discussions among senior staffers who thought Clinton should avoid talking about Israel at public campaign events, particularly at events with Democratic activists. Bernie Sanders’s willingness to criticize Israel during a presidential campaign was refreshing for many Democrats who support Palestinian rights, and he created a contrast with Clinton and others’ seeming kowtowing to AIPAC and its blind support for Israel at the expense of Palestinians.

As the Democratic party regroups ahead of the midterm elections and the next presidential campaign, it would only be natural for Democratic leaders to examine areas of policy where Clinton’s campaign diverged from the party’s base. Blind support for Israel and the out-of-hand rejection of holding the Israeli government accountable, even when it openly defies long-standing American policy, is one of those issues. Israel-Palestine is not the most important issue for most voters, including Jewish voters, but it does have the capacity to galvanize supporters, an area where Clinton appears to have failed.