Netanyahu has asylum seekers right where he wants them. He can exploit the hardships of south Tel Aviv residents to continue inciting against the Supreme Court, the media, and human rights organizations. 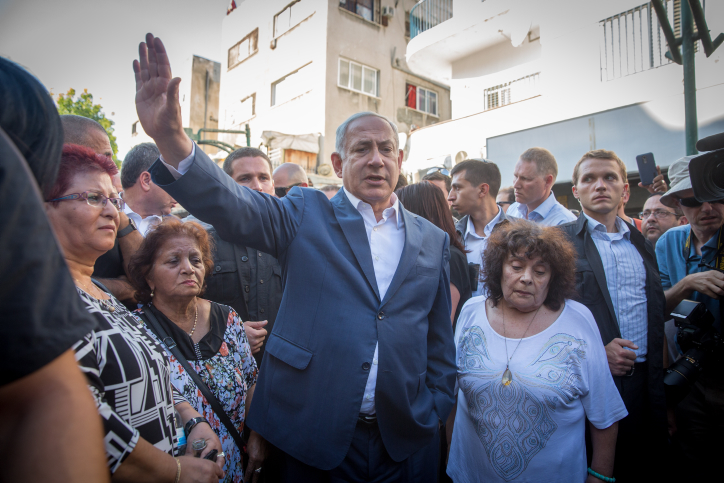 Prime Minister Benjamin Netanyahu meets with residents of South Tel Aviv, during a tour in the neighborhood, August 31, 2017. (Miriam Alster/Flash90)

After years in which Netanyahu did not set foot in south Tel Aviv, the prime minister came to the area last week for two visits. The first visit was highly publicized, and the second — with Interior Minister Aryeh Deri — was undercover. For Netanyahu, the timing of the visits was perfect: a week after Israel’s High Court ruled that asylum seekers cannot be deported to third countries without their consent, and that consent to do so cannot come from someone who has been jailed indeterminately.

For Netanyahu and his ministers, the ruling was another golden opportunity to paint the Supreme Court justices as disconnected elites who prefer the welfare of “the infiltrators” at the expense of south Tel Aviv’s residents. The prime minister promised the veteran residents he met that he, as opposed to court, will see to the deportation of the infiltrators and “return the neighborhood to the residents of south Tel Aviv.”

Netanyahu’s use of words like “infiltrators” to describe asylum seekers is not coincidental — they are intended to mark them as criminals who crossed the border in order to improve their economic status. And yet he knows these terms are deceitful. Had they been infiltrators or illegal migrant workers, there would be no legal problem with putting them on planes and returning them to their home countries. Israel does not do so because it recognizes them as asylum seekers — a legal term signifying the fact that they left their countries, came to a different one, and declared that their life would in danger should they be sent back.

Out of 40,000 asylum seekers currently in Israel, the vast majority come from Sudan and Eritrea — murderous dictatorships that commit grave human rights violations. Thus the State of Israel, despite jailing and abusing asylum seekers, undertakes a policy of “delayed deportation,” in accordance with the United Nations’ 1951 Refugee Convention, to which Israel is a signatory. According to the treaty, refugees cannot be sent back to a place in which their life or liberty will be in danger. Netanyahu, skilled in the art of incitement and setting different oppressed communities against one another to further his political goals, has no interest in reality or truth. 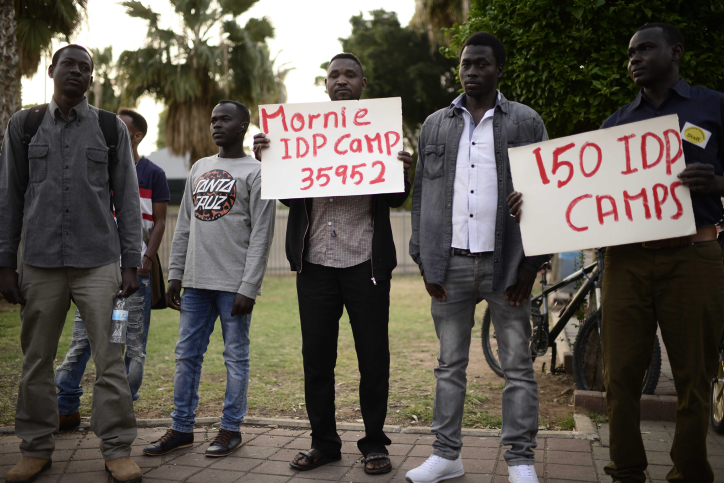 His sudden concern for the residents of south Tel Aviv stands in stark contrast to his economic and social policies over many years, which primarily affects many of the residents of the area who belong to the bottom rungs of the socio-economic ladder. If their welfare is so important, what stopped Netanyahu from adopting the recommendation of the Supreme Court from years ago to disperse asylum seekers across different parts of the country.

And why did Netanyahu not accept the proposal by human rights organizations to grant work permits to asylum seekers, thereby encouraging them to move across the country, rather than enlisting tens of thousands of new migrant workers. According to the 2013 State Comptroller Report, Israel’s policies in south Tel Aviv have for years been defined by total neglect and irresponsibility toward the needs of its residents.

Yossi Dahan is a law professor, the head of the Human Rights Division at the College of Law and Business and the co-founder of Haokets. This article was first published in Hebrew in on Haokets. Read it here.