The fact that Arab countries treat their citizens badly doesn’t give Israel the moral or legal authority to treat its Palestinian citizens poorly. 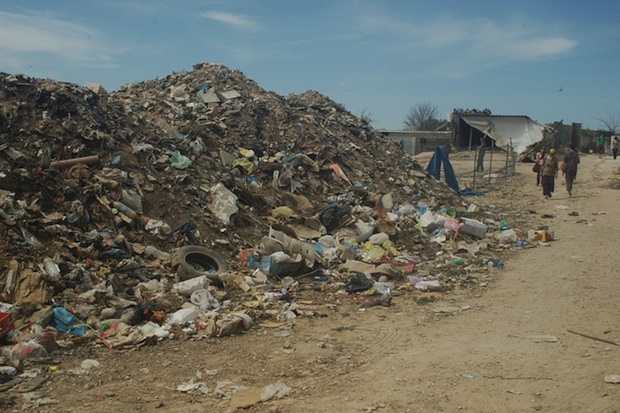 Israeli Prime Minister Benjamin Netanyahu’s speech before the U.S. Congress can easily be characterized as hypocritical and inconsistent. He presented Israel as the country seeking peace while speaking of the Palestinians as enemies of reconciliation and coexistence. His hypocrisy didn’t stop with issues of the occupation and Palestinians in the West Bank. He went on to brag about Israeli democracy being a model for the world. He shamelessly claimed that Arabs in Israel have more rights than Arabs across the Middle East. His comparison of Israel to the totalitarian regimes of the Middle East was an interesting choice. There are many Arab minorities living in Europe, South America, Canada and the U.S.; however, Netanyahu chose to compare Israel to the falling dictatorships rather than to the first world.

“Courageous Arab protesters are now struggling to secure these very same rights for their peoples, for their societies. We’re proud in Israel that over 1 million Arab citizens of Israel have been enjoying these rights for decades [applause]. Of the 300 million Arabs in the Middle East and North Africa, only Israel’s Arab citizens enjoy real democratic rights [applause]. Now, I want you to stop for a second and think about that. Of those 300 million Arabs, less than one-half of 1 percent are truly free, and they’re all citizens of Israel [applause].”

Netanyahu wanted to present Israel as the only place where Arabs have a true democracy. It makes me wonder if Netanyahu had been listening to his cabinet members’ attacks on Arabs in Israel or if he bothered to ask any “Arabs” of what they think of Israeli democracy. Netanyahu spoke from his imagination, ignoring the reality in which Palestinian Israelis live.

He neglected the fact that the current Knesset is the most racist since the creation of the state of Israel. On a regular basis, laws are proposed and passed to limit the freedom of non-Jews in Israel. A law that segregates residential communities, a law that requires Arabs to forget their past and forbids them from mourning their loss in 1948. Other laws propose to control their education, banning them from learning their own history and limiting their employment in public service. Despite all of this, Netanyahu boldly and arrogantly claimed that Israel is the only place where Arabs enjoy true freedom.

Netanyahu’s attempt to polish Israel’s image and conceal its mistreatment of Palestinians citizens of Israel through comparisons to the Arab world is nothing new. I have heard the same comparison from many Israelis when discussing human rights violations and the second-class status of Palestinian Israeli citizenship. Setting a low standard for the state of Israel is the best way justify the mistreatment of non-Jews.

In a dialogue meeting I attended five years ago between Israelis and Palestinians, a similar comment was made by an Israeli who bragged about Israel’s “wonderful” treatment of the Arabs. We allow them to have Knesset members, they can vote, they have health care and more money than the Arabs in the neighboring countries. They are better off than their Arab brethren in the Middle East, and therefore should not complain. In the same dialogue meeting there was an American Jew who grew up in America at the time of the Second World War. He reminded the Israeli defender of Israel of a similar comparison that was made about 65 years ago.

He told us that in the Second World War era, Blacks, Jews and other minorities were treated as second-class citizens in America. You couldn’t get a good job if you were a Jew. He told us about sending dozens of resumes to big companies and being rejected merely because he was a Jew. The argument some used back then was that America was the best place for Jews to live in. Don’t complain, they were told, Look at what Europe does to the Jews. Jews are way better off in America than in Germany or Poland. It was true. It was much better to live in America than to live in Germany in those days. However that didn’t justify the mistreatment of Jews in America. Jews in America didn’t want to be treated a little better, but fought hard to be treated with dignity and respect and enjoy their full rights.

Netanyahu’s presentation of “Arabs” in Israel was deceitful and those who gave him a standing ovation in Congress chose ignorance over truth. Democracies are not supposed to  discriminate between their citizens based on race, color or religion. Israel does. 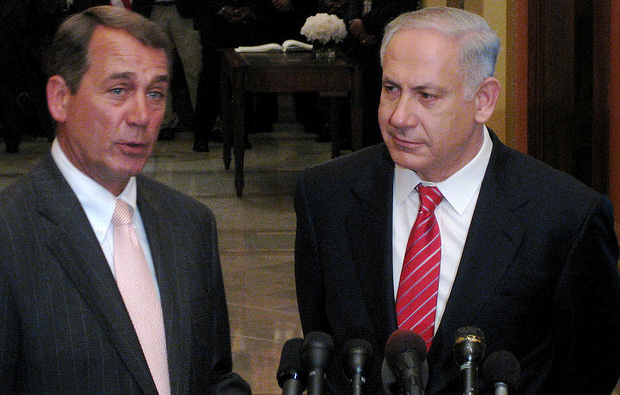 Israel still has Arab villages that are not recognized and cannot receive services, while illegal settlements in the West Bank enjoy full services and security.  The fact that Arab countries treat their citizens badly doesn’t give Israel the moral or legal authority to treat its Palestinian citizens poorly.

Israel must face reality and look in the mirror if it wants to be a true democracy. Netanyhu must realize that Israel is not immune from the Arab Spring. There are consequences for discriminating against your own citizens, and Palestinians citizens of Israel are not different from other Arabs rising up for their rights and dignity.

This is the time for Prime Minister Netanyahu to look around at his neighboring countries and learn from the lessons that Egypt and Tunisia have learned. You can lie to your people and oppress them for decades, but eventually the desire for freedom, equality and dignity will prevail.