The prime minister pulls out all the stops in his failed attempt at preventing the annual Israeli-Palestinian Memorial Day ceremony from taking place. Prime Minister Netanyahu appears to have lied to Israel’s highest court this week in an attempt to shut down and delegitimize one of Israel-Palestine’s only successful fora for shattering the exclusive nature of national mourning.

Israeli leaders have consistently criticized the ceremony, organized by Combatants for Peace and the Parents Circle Family Forum, for what they say is commemorating Palestinian terrorists. For the second year in a row, Israel’s Defense Ministry, headed by Defense Minister Benjamin Netanyahu, denied entry permits to 176 West Bank Palestinians from bereaved families who hoped to participate in the ceremony.

According to Netanyahu, the bereaved families pose a security threat.

When the organizers requested entry permits for Palestinians, the Defense Ministry initially denied the request due to the closure on the occupied territories on Memorial Day. The Israeli army places the West Bank under closure on Jewish and Israeli national holidays by shutting down checkpoints to Palestinian traffic.

Combatants for Peace and PCFF appealed the decision to the High Court. In the state’s response, Netanyahu and State Attorney Avichai Mandelblit argued that the decision to deny entry to Palestinian participants stemmed from security concerns.

The High Court didn’t buy it and overturned the decision. In his ruling, Justice Yitzhak Amit slammed Netanyahu for claiming that the decision to deny entry came in light of the violence in Israel’s south. Yet Amit noted that the Defense Ministry made its decision prior to the latest round of fighting, and that there was no closure on the West Bank during that time. The court then ordered the state to allow 100 of the Palestinians to attend the ceremony.

Netanyahu took to social media to criticize the ruling: “The High Court’s decision is mistaken and disappointing. There should not be a ceremony that equates the blood of our sons to the blood of terrorists. That is why I refused to allow entry to the ceremony participants, and I believe the High Court should not have intervened in my decision.”

Netanyahu’s admission is astounding. As one Israeli blogger who goes by the pseudonym John Brown pointed out, the prime minister deliberately deceived the High Court, claiming after the fact that he denied those 176 Palestinians — who wanted to travel to Tel Aviv to commemorate the deaths of their loved ones alongside Israelis who sought to do the same — should be denied on moral grounds, not security considerations. 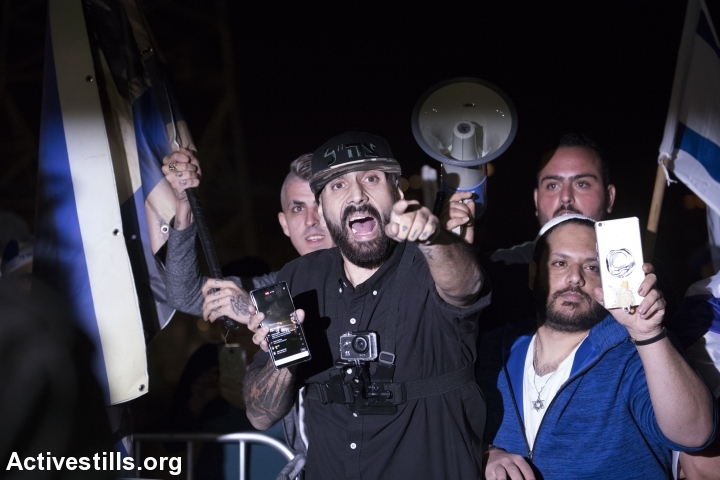 Netanyahu is no fool. He knew that, like last year when then-Defense Minister Avigdor Liberman tried to do the same, the High Court was likely to overturn the decision. He knew that an alternative Memorial Day event poses no threat to the State of Israel or his decade-long reign.

His goal, then, is symbolic: to portray any semblance of a Jewish-Palestinian alliance as an act of subversion and treason. To turn a ceremony that, for one night, would allow Israelis and Palestinians to share grief, reconcile, and imagine a different world, into a display of disrespect for Israeli soldiers and their families. The saddest part is that it seems to be working.