The next Israeli government will attempt to preserve the status quo in the West Bank and Gaza at all costs. Facing international backlash, the persecution of leftists and Arabs could rise to dangerous levels. 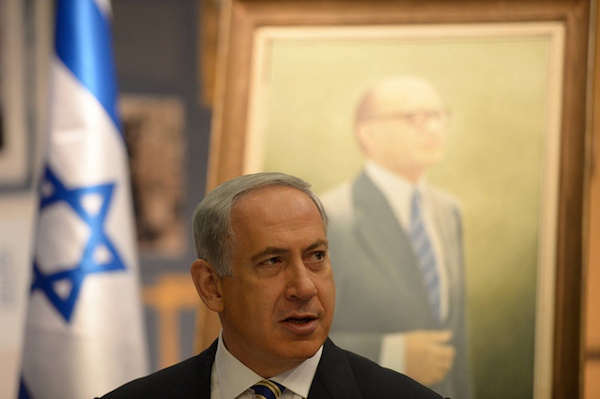 It’s quite clear what the fourth Netanyahu government will look like: A coalition of the Likud’s “natural partners.” These are the same people who have been following and backing Netanyahu since the 1990s: Avigdor Liberman, Bennett’s Jewish Home, the ultra-Orthodox parties, and Moshe Kahlon, who is actually comprises the moderate wing of the Likud. There are all sorts of rumors about sending feelers to the Labor party, but I believe Isaac Herzog will stay in the opposition this time. There is a slightly bigger chance that Yair Lapid can be lured in by Bibi, but the chances are that won’t happen right away.

Socio-economically speaking, it will likely be a better government than its two predecessors. The Jewish Home party, which espoused a radical free market ideology, shrunk dramatically. Lapid, who dedicated his time in power to going after the ultra-Orthodox (the poorest population segment in Jewish Israeli society), will be replaced by Moshe Kahlon, who is in touch with the day-to-day hardships of most Israelis, and especially those with lower incomes. Kahlon has indicated that he has far more well-off targets than the Arabs and ultra-Orthodox in his cross-hairs: the banks, for instance. I sincerely hope if he heads in that direction that he will receive the backing of both Netanyahu and the opposition parties.

In other ways I think that we are headed into a very dangerous era. Netanyahu believes in maintaining the status quo in Gaza and the West Bank. But the Palestinians will continue their anti-occupation struggle; they are not waiting to for Israel’s instructions on that matter. International pressure is building, along with efforts to confront Israel in international institutions. Israel doesn’t have an answer to such steps — it’s enough to look at the distrust with which Netanyahu’s zigzagging on the matter of Palestinian statehood is being met.

In such a case, with each international or diplomatic move or any renewed outbursts of violence, the pushback will be directed at “the enemy from within” — in other words, the Israeli Left, and especially those groups and activists working in the occupied territories, as well as Palestinian citizens. There’s not much Netanyahu can do against the UN or the American government, or even against the Palestinian Authority, which Israel doesn’t want to collapse. But you can always go after B’Tselem, Haaretz or Adalah. Our failure to deal with the occupation — the fact that it has become something nobody knows how to solve — will fan the flames heating the pressure cooker that is Israeli society and politics.

It is clear that we will see new versions of laws targeting human rights NGOs, the “Jewish Nation-State Law” will make a comeback, and there will be attempts to change the character of the judicial system. But I’m even more bothered by the public mood, which could be far worse than the Netanyahu governments of 2009-2013, or during Operation Protective Edge.

The final two weeks leading up to the elections taught the Right a very dangerous lesson: that breaking to the right politically, that reckless incitement against Arabs and leftists not only causes them no harm, but that it leads to electoral victory. This is why Netanyahu was able to strip so many votes from Eli Yishai and the Jewish Home. The far-right Kahanist activists may have been pushed out of the Knesset, but only because the spirit of Kahanism permeated Netanyahu’s messaging. Even Netanyahu’s election-night victory speech didn’t include any attempts at reconciliation or an outstretched hand to the other side, certainly not to the Arabs. Not even the lip service that one could expect in such moments. There is a spirit of “settling the score” among the Israeli Right now, which won’t calm as the dust settles.

These elections were more about identity and culture than ideology. I think those blaming the Right for fear-mongering themselves into power miss the point. It’s not fear they were dealing to the masses. There is no great difference between the ways the Zionist Camp and the Likud view the Middle East, or relations with the Palestinians. What does stand between the Right and Left is deep loathing. It goes both ways, but it is the Right that holds power, with very few checks on it remaining. Politics are seen as a zero-sum game in which he who controls the state organs has the legitimacy to destroy the other side.

That is a phenomenon that exists in a lot of other places in the world, and it is related to the disintegration of national identities that once held together otherwise rival communities. On the least violent end of the spectrum is the cultural war in the United States between Republicans and Democrats that is paralyzing Washington. On the other end of the spectrum are Russia’s Vladimir Putin, Turkey’s Recep Tayyip Erdoğan and Egypt’s General a-Sisi. You can decide for yourselves where Israel fits on that spectrum, and where we are headed. Lest we forget, Israel is already a country that violently oppresses a civilian population under its control.

Personally, there are days when I believe strongly in Israeli society, in our feeling of a shared destiny and in the unbridled intimacy that Israelis feel for each other. On other days I am very worried — this past summer, or in the last two weeks, for example. It’s not because of Netanyahu’s election victory — we’ve gotten used to that by now — but rather the way it happened, and because of the lessons both the Left and Right are drawing from it.