Just hours after an Israeli soldier was shot to death by a Palestinian sniper in Hebron Sunday, while the body was still warm, Prime Minister Netanyahu declared that settlers should inhabit more and more of the occupied West bank city. As Haaretz reported, Netanyahu said:

Anyone who tries to uproot us from the city of our patriarchs will achieve the opposite. We will continue to fight terrorism… with one hand, while strengthening the settlement with the other.

And in that one paradoxical statement lies most of the problem. How and why does Israeli leadership seek to continue strengthening the settlements – which necessarily means increasing military control and violence that further entrenches the repression of Palestinian civilians – and expect to bring safety to Israeli citizens, much less to Israeli soldiers guarding this reckless and unsustainable way of life?

Am I, or any rational citizen, supposed to feel comforted, at ease or safer by Netanyahu’s statement? Is this really the lesson that should be learned from the killing? Will this prevent the next soldier from being killed? 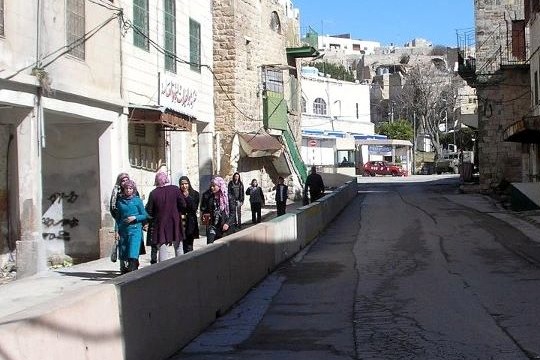 Hebron is the cesspool of occupation, the place where the most vile ramifications of Israel’s policy of segregation and military control are most acutely visible. The city is a ghost town where Palestinians are barred from walking down the main street of their city; where they can no longer open their businesses; where settlers move around freely with 24-hour army protection; where settlers live on the upper floors of the same houses as Palestinians, separated by a wire fence through which they throw eggs, liquids and garbage at them; where Palestinian children as young as five are detained, while Israeli children never face the consequences of their violent actions; where settlers who attack a Palestinian are not arrested because it is the Sabbath.

Last night, just hours after the killing, Netanyahu ordered settlers who took over a house in Hebron in April 2012 and were then evacuated to immediately move back into it “without delay,” despite the fact that there is no legal authorization for it – thereby directly undermining the country’s rule of law.

The lesson the prime minister wants us to learn from the killing of an Israeli soldier whose duty it is to protect a violent and unsustainable occupation is that we should have much much more of it.

Related:
Welcome to Hebron, where the rule of law is non-existent
WATCH: IDF detains 5-year old in Hebron, handcuffs, blindfolds father
The market square is empty in Hebron
WATCH: A Jew-only street and a Palestinian dirt path in Hebron