Prime Minister Binyamin Netanyahu announced yesterday his intention to legalize dozens of tiny settlement outposts in the West Bank, which were built over the last decade, without formal authorization by the Israeli government, reports Haaretz. At the same time, he declared his intention to dismantle “immediately” all the outposts built on private Palestinian land. According to the report, only three outposts with several hundred families will be affected, even though the number of outposts built on private land is much higher.

It should surprise few that the announcement is just another smokescreen – a fraud, really – that is meant to protect the settlement enterprise from legal and international pressures bearing on it. 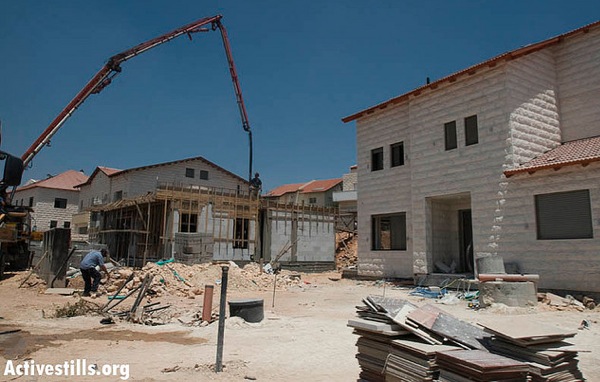 Netanyahu’s announcement that he would have only three outposts dismantled is actually a major step backward. Previous Israeli prime ministers committed several times to dismantling all outposts, as per the Road Map and various other agreements. Previous heads of government repeatedly announced they were about to execute this decision – but none of these promises was ever carried out. Of over a hundred outposts, only nine homes in Amona were dramatically demolished, after the courts left the government no choice. And the bulk of Amona itself remains standing to this day.

Last year’s 10-month settlement freeze applied only to ‘legal’ settlements; the freeze was not enforced in the outposts, which are illegal according to Israeli law (although all settlements are illegal according to international law); there, building continued as usual.  The legalization of outposts built on state land will presumably include the legalization of all this construction as well. If it were not already clear that the freeze was a sham, now Netanyahu has managed to violate it retroactively.

It is important to remember, too, that the term “state land” is highly misleading when applied to the West Bank.  A lot of private Palestinian land was declared to be state land by IDF lawyers, utilizing questionably legal ruses. Although public land, according to international law, is to be used for the benefit of the occupied population, Palestinians are allowed nowhere near it. These lands have been almost exclusively reserved for the construction of the settlements. The unauthorized outposts built on this “state land”, which Netanyahu now intends to legalize, are often built intentionally to block access to Palestinian private land, even those plots which are still recognized by the Israeli authorities as such. All of this is ignored.

The legal strategy adopted by the current government – brazenly claiming it will implement the law whenever and however it likes – has not found favor with the justices. In recent months, high court judges have harshly criticized the government on this issue, signaling on several occasions that they would issue a time-bound order to demolish outposts, and even parts of authorized settlements that were built on private land. Netanyahu’s decision reflects a reversion to tactics employed previous governments: making hollow promises that will never be fulfilled in order to give the courts an excuse to avoid this explosive issue, while they wait for an eviction that never happens. Only now this tactic is packaged with a decision to legalize vast amounts of recent construction, adding dozens of new authorized settlements to the current stock.

Although Netanyahu is unlikely to evict all or even most construction on private land, it is quite possible that he intends to choose one site and create an evacuation spectacle. The forced evacuation of Amona, for example, was a huge and dramatic media show. Images of mounted riot control police charging defiant teenage settlers, and thousands of police officers and soldiers mobilized, made a strong impression on the Israeli public, with many analysts raising the dreaded specter of civil war. These evacuations provided an excellent excuse to avoid the evacuation issue at home, while presenting the government as courageous and relieving pressures from foreign governments.

In fact, it is not necessary to evict the settlers from the illegal outposts. As in most cases, turning off the money tap is much more effective than violent confrontations. The truth is that the government, for all its protestations, supports the outposts. The regional councils, as well as other organizations and public bodies financed by the government, divert funds to sustain the outposts, providing fuel for their electricity generators and trailers to live in. Since this is an illegal activity, all the government has to do is stop the transfer of funds. There are other legal means to avoid confrontations and media spectacles, too. But this government is not looking for a way to tackle the problem of the settlements – they are looking for ways to protect and extend it.