In its ongoing efforts to save every Jewish soul, anti-assimilation group Yad L’Achim has broadened its offerings and is now extending its marriage-wrecking service to Jewish men in relationships with non-Jewish women. 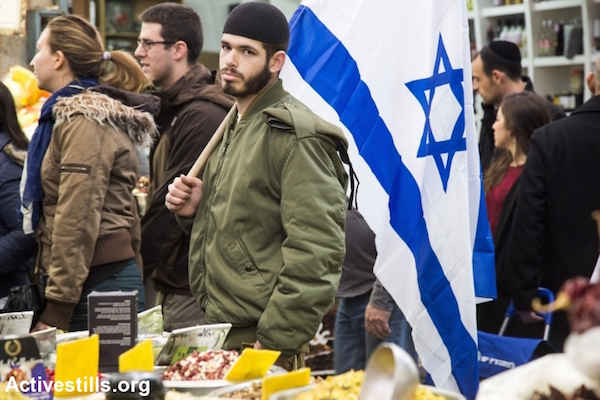 Israeli anti-miscegenation group Yad L’Achim took a step towards equality last week when it announced via its website that it had rolled out its anti-assimilation “rescue” service to Jewish men in relationships with non-Jewish women.

A more established counterpart to Lehava‘s goon squads, Yad L’Achim is also known for harassing Messianic Jews as part of its anti-assimilation efforts.

Like Lehava, Yad L’Achim has traditionally focused on preventing relationships between Jewish women and non-Jewish men, particularly Palestinians. Indeed, the project to maintain ethnic purity — which has benefitted from taxpayers’ money — is one of the few areas in which women are a higher priority than men; after all, a woman’s body is clearly far too precious a national resource for her to be trusted to know what to do with it.

But now Yad L’Achim has appointed itself the task of invading the bedrooms of Jewish men intending to marry non-Jewish women as well. According to the edifying story provided on its website, the organization dispatched one of its august rabbis, Yoav Zeev Robinson, on a mission to break up a relationship between a young Jewish man and his wife-to-be, who the prospective groom had recently discovered was not halakhically Jewish. (She had been adopted by Jewish parents but had never formally converted, rendering her a gentile in the eyes of the rabbinate.)

The young man had initially resisted calls to break off the engagement. According to Yad L’Achim, however, once he was shown a few photos of the rabbi’s forefathers, he realized — with some coaxing from the rabbi himself — that his own forefathers might be disappointed at his marrying a non-Jew, and announced that he would be canceling the wedding.

Mission accomplished. Whether the story is true or not, the message is clear: Yad L’Achim is expanding the scope of whose lives they’re tasking themselves with trying to destroy — sorry, save.

Don’t we deserve the right to have our lives destroyed by the quasi-fascist racial purity police too? Isn’t Israel supposed to be famed for the equal opportunities it affords to the LGBT community? We know that these organizations and the individuals that think like them don’t adopt the “there’s no such thing as homosexuality” line; their insistence on turning up at pride parades is testament to that.

Perhaps they feel that queer Jews are beyond saving. But then again, Deputy Minister of Defense Eli Dahan — no stranger to ruminating on the finer points of ethnic hierarchies — did once remark that the soul of a gay Jew is more valuable than that of a straight gentile.

It’s all terribly confusing. Benzi, Eli, Yoav and co. — you have some explaining to do. But if you’re genuinely trying to be equal opportunities offenders, you’re doing a pretty poor job of it.