Adi Koll, a relatively unknown Knesset member from Yair Lapid’s centrist Yesh Atid party, posted this picture along with an uncharacteristically long and emotional status on Facebook, the day after she paid a visit to the home of a Palestinian friend in Ramallah. (Translated in full below) 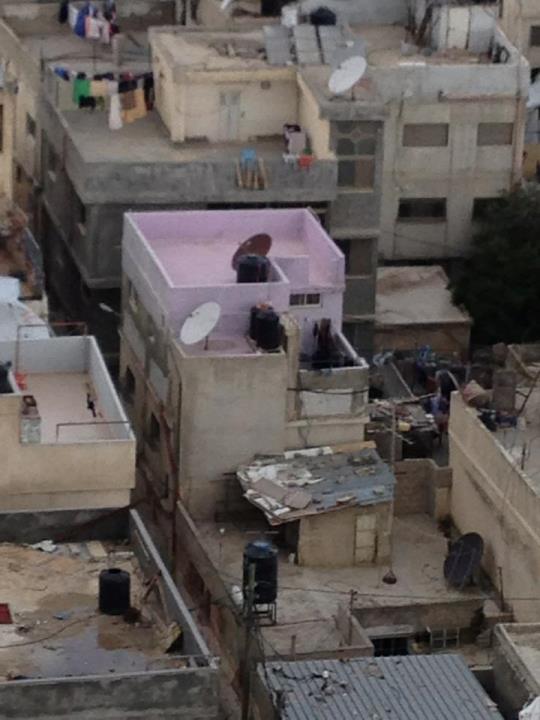 Warning! This post will be long, controversial and without color photos, even though I have plenty of photos. I made sure to take pictures throughout the day with the intention posting them to Facebook so I can show what we would all rather forget. But now it feels pointless. No picture can describe what I’ve been through, and even if it could, it wouldn’t achieve anything but to ease the conscience of the viewers. There, we saw it, now we know what they go through. We don’t really need to do anything with that.

Well, you have no clue!

Even if I post a picture of the dirty, frozen compound at Qalandia Checkpoint that I passed yesterday on my way back from Ramallah, you wouldn’t be able to see and surely you wouldn’t be able to feel the humiliation and insults, like the permit-holding Palestinians who have to pass through it day after day. You won’t be able to hear the soldier who was barking at us (“Knesset member? Which Knesset exactly?”) through the sealed glass, demanding that we go back and forth, again and again for no reason at all. And there is no picture and no film that could explain the absurdity, according to which Qalandia, which is part of the Jerusalem Municipality (and its residents pay municipal taxes) does not receive basic services from Israel because it lies beyond the checkpoint, nor from the Palestinian Authority, because it’s outside their jurisdiction. A whole neighborhood which is now a no-man’s land.

More importantly, a picture can be misleading. If it’s an image of the bright and renovated Muqatah, which without much success tries to portray stability of governance, or [a picture] of the city of Rawabi – an artificial architectural catastrophe which aims to sell the Western bourgeois dream to the Palestinians – a four-bedroom apartment with windows on three sides – and thus silence their cries.

No picture. Not one picture would be able to tell the story of my dear friend Amjad. A businessman, who was born in Nablus and lives in Ramallah, married for a second time and father of three children (classic middle class), who lives under countless restrictions but insists that he lacks nothing except the safety of his children. Last week, his two boys came home and told him that during a football game in the neighbourhood they heard “this thing that soldiers used” (radio). Along with some of their friends, they decided to follow the voices until they “discovered” the soldiers, and then all together, threw stones at them.

Amjad, who sent his children to a Christian private school so they will get proper education and not be brainwashed, angrily forbade his children to throw stones or have any contact with soldiers. When they told him that everybody does it, he decided to forbid them from playing outside. He hasn’t slept at night since. He knows that 12-year-old kids don’t really listen to their parents, and he knows the peer pressure they face in their neighborhood. He also knows that he won’t be able to watch over them forever, and how easily children’s games can turn into skirmishes between imbalanced powers, which will result in bloodshed. And he is afraid.

And I am afraid, afraid that we will continue to live this way, and afraid of the fear.

I could post more photos, but not photos of Amjad, because if anyone around him knows that he has a friend in the Knesset, this could be the end of his business and perhaps the end of his life.

That’s MK Adi Kol. I don’t agree with some of the stuff she says – I don’t think Palestinians are more “brainwashed” than we are – but I advise readers to listen to the emotion. Obviously, her visit was uncoordinated with authorities, a fact which made all the difference. Once you get to see and experience the way Palestinians’ lives really are – even for a brief moment – some feelings are inevitable. MK Koll is not “pro-Palestinian” or biased. It’s reality that is biased.

Related:
No end in sight: Occupation marks 45th anniversary
Israeli occupation: You have to see it to believe it