Israel’s government is outsourcing ‘mass consciousness activities’ to private organizations, unaccountable to the public. A legal challenge in the High Court aims to stop it. 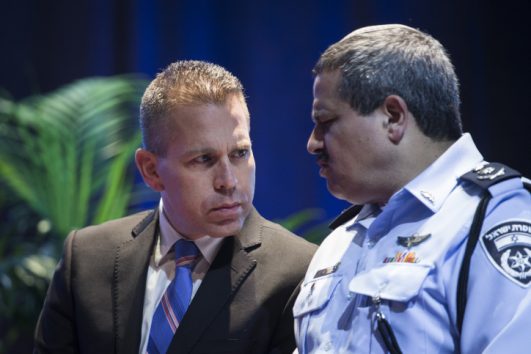 Israel’s Ministry of Strategic Affairs is carrying out a global propaganda campaign on behalf of the Israeli government that violates human rights and is acting without authority to do so, according to a lawsuit filed in the High Court of Justice Monday. Attorney Schachar Ben Meir’s petition demands that the High Court of Justice order a halt to the activities carried out by the Ministry of Strategic Affairs, headed by Gilad Erdan.

The Ministry of Strategic Affairs, which Ben Meir calls the “Ministry of Spying and Propaganda,” is, according to the attorney, surveilling citizens and conducting illegal operations intended to influence and manipulate public opinion.

The ministry has been at the center of a series of articles published by the Seventh Eye over the past several months. The articles revealed that one of the Ministry of Strategic Affairs’ main activities is the funding and publication of government propaganda on social networks and in newspapers, which is often carried out with the help of private businesses and non-profit organizations operating in Israel and abroad.

The Israeli government recently approved the payment of NIS 128 million to a private organization called Kela-Shlomo to carry out “mass consciousness activities” within the framework of what the Ministry of Strategic Affairs calls “extra-governmental discourse.” The organization was also said to have received a donation of a similar sum from Jewish philanthropists whose names the Ministry of Strategic Affairs refused to disclose. Kela-Shlomo’s starting budget, as result, exceeds a quarter of a billion shekels. Attorney Ben-Meir is demanding that the High Court of Justice stop these activities, too.

Kela-Shlomo is a non-profit organization founded by former high-ranking government employees, including former Director General of the Ministry of Strategic Affairs Yossi Kuperwasser. Unlike a government agency, which must follow freedom of information laws and actively publish information about its donors and formal ties, Kela-Shlomo owes the public nothing – it does not even have a website (a temporary website set-up by the organization just months ago has been taken down).

Attorney Ben Meir argues that the relationship with Kela-Shlomo is meant to enable activities that “the Israeli government is prohibited from doing,” while obscuring the fact that these activities are being carried out on behalf of the government.

“In the case before us, the ministry [of Strategic Affairs] not only is ‘aided’ by private organizations in carrying out in its activities, but also transfers much of its power – draconian powers to surveil, spy on, and spread propaganda – to private organizations that are not directly accountable to the government,” the petition claims. “The ministry itself carries out radical activities that are likely unfitting of a democracy, such as espionage and propaganda, and is even transferring [the ability to carry out] these radical activities to private bodies.”

If that were not enough, attorney Ben Meir adds in the petition that the Ministry of Strategic Affairs is also advancing legislation that would exempt it from freedom of information laws and allow it to operate free from public scrutiny. Even now, ministry officials are preventing access to information about the ministry’s activities by claiming that doing so would harm Israel’s national security and foreign relations.

Nevertheless, Ben Meir writes, from the information that has been published so far it is clear that the “espionage and propaganda activities” carried out by the ministry include “information gathered from discussions between Israeli citizens and other groups, on social media, and by other means.”

“What will [the ministry] do with this information?” Ben Meir asks. “We don’t know, because the ministry has never anything.”

“This is not just a question of information gathering,” Ben-Meir adds, “but the direct influencing of public discourse by intervention or the setting of a particular line (‘narrative’).” 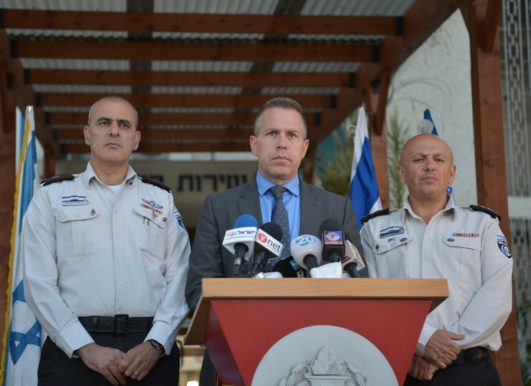 Ben Meir submitted his petition against the government, the Ministry of Strategic Affairs, the Attorney General, and Kela-Shlomo. It is based on two main claims.

First, that the Ministry of Strategic Affairs was authorized by a government decision, but should have been authorized by legislation passed by the Knesset — all the more so considering that the ministry’s activities involve “numerous aspects that violate basic and essential rights of the wider public, carried out in secret.”

The second claim rejects the use of private agencies for “surveillance and espionage” and obscuring of the fact that these activities are not carried out by the government. According to the petition, the Ministry of Strategic Affairs lacks the power to authorize private bodies to violate the rights of Israeli citizens.

According to Ben-Meir, “the establishment of the ministry and all of its activities” are in ongoing violation of Basic Law: Human Dignity and Liberty, in particular the right to privacy.

This stands in direct violation of the clause of the Basic Law that determines that ‘the fundamental human rights in Israel are founded on the recognition of the value of the human being, the sanctity of human life, and the principle that all persons are free; these rights shall be upheld in the spirit of the principles set forth in the Declaration of the Establishment of the State of Israel.