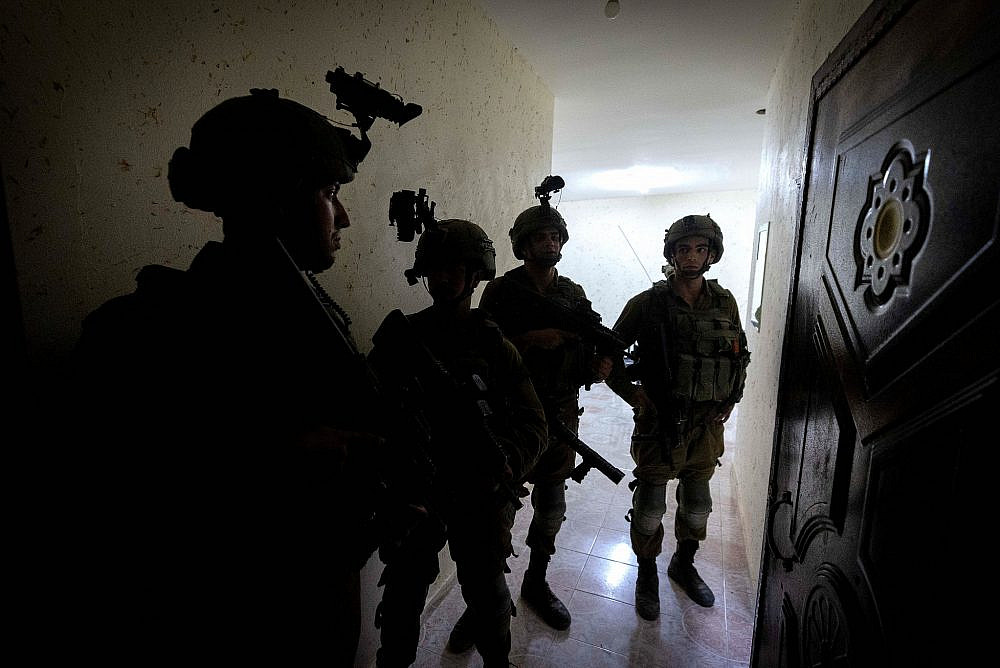 “I woke up to my mother’s voice shouting ‘Army! Army!’ as she stood looking out of the window,” recalled Basil Jaradat, a 16-year-old Palestinian from the village of Sa’ir near Hebron, who was arrested in the middle of the night by Israeli soldiers last November. “The army arrived and started knocking on the door of the shop beneath our house. Then they came up to our door at home. They threw a stun grenade and shouted: ‘Open the door!’

“When we opened it, they gathered us in one room and asked our names,” Jaradat continued. “When I told them mine, a soldier took me aside and said ‘Put your shoes on.’ I got dressed, and I wanted to say goodbye to my family, but the soldiers refused. They covered my eyes [with a blindfold] and took me away to detention in Etzion [military base], where I was questioned about throwing stones. I was released after a week on a bail of NIS 1,400.”

Jaradat is one of more than a hundred Palestinian minors who were arrested in the dead of night last year in the occupied West Bank, according to a new report by the human rights NGO HaMoked. But none of them should ever have been forced through that ordeal — and not just because it violates their rights under international law.

In 2020, HaMoked submitted a petition to the Israeli High Court against the army’s longtime practice of arresting Palestinian minors in the West Bank from their homes at night. In response, before the court hearing, the army produced a new procedure in August 2021 according to which it would summon Palestinian minors for interrogation as an alternative to night raids.

But data collected by HaMoked for 2021 made clear that this procedure was not implemented, and new data for 2022 shows that this trend is only continuing. Over the course of last year, 294 Palestinian families contacted HaMoked asking them to locate a child who was arrested by the army. Among these cases, 138 were arrested from their homes in premeditated operations, of which 125 were taken during the night. According to HaMoked, not a single one of minors arrested at night ever received a summons for interrogation. 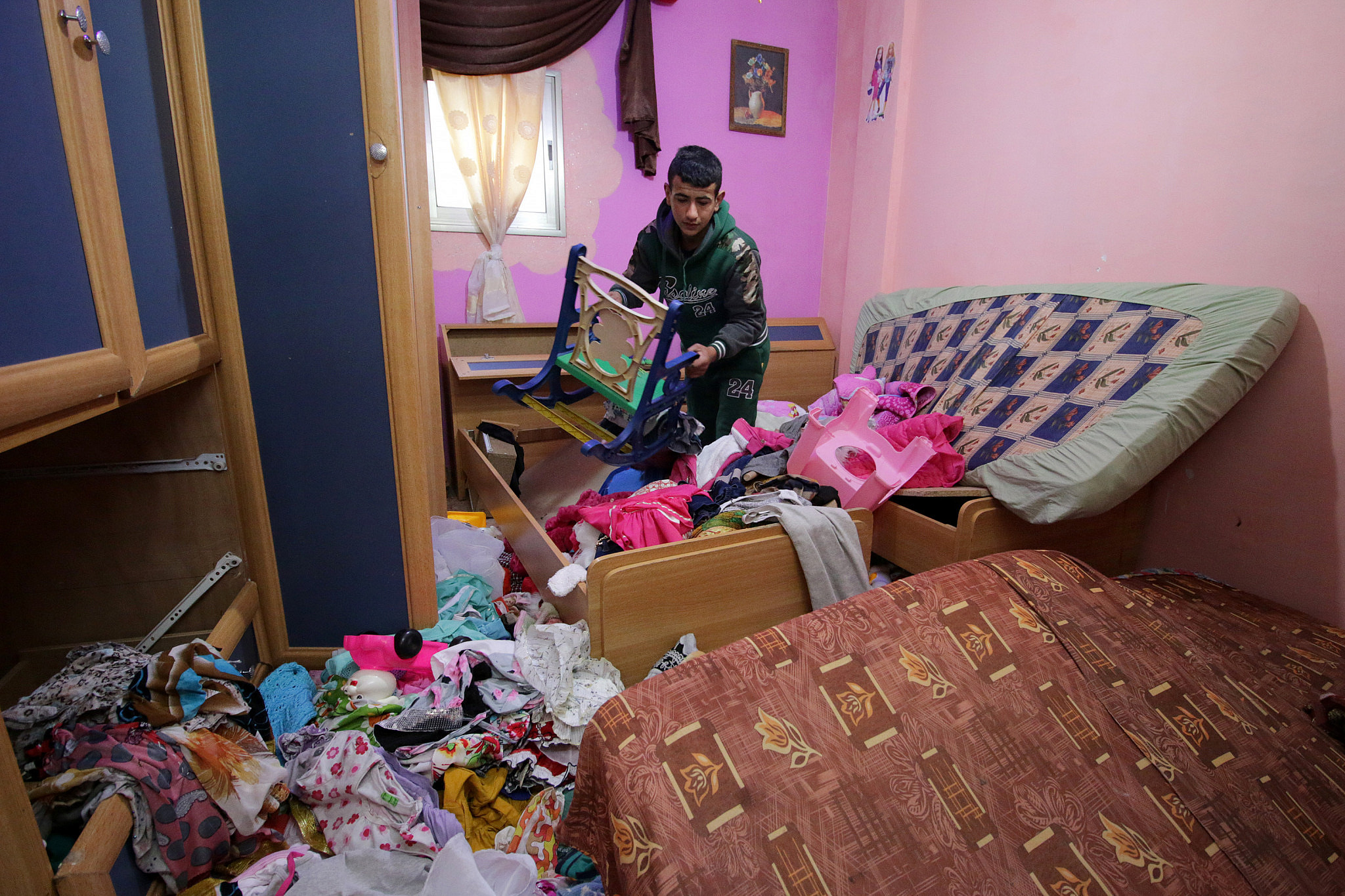 This trend is corroborated by data compiled by Military Court Watch, which also monitors night arrests of Palestinian children in the West Bank. The organization found that in the years 2014-21, between 1 and 9 percent of minors received a summons before their arrest; but in 2022, not one person received a summons for questioning ahead of their premeditated arrest.

Responding to +972’s queries, the IDF Spokesperson confirmed that despite the stated procedure, “when it comes to serious offenses and when a summons for questioning would harm its purpose, the minors are arrested in a premeditated arrest, and not summoned for questioning by the Israel Police.”

The procedure published by the Israeli army in August 2021 stated that the goal of summoning children for questioning, rather than conducting night arrests, is to “reduce harm to the civilian population” and serve “the best interests of the child.” Following its publication, the High Court judges ruled that the state must provide data on its implementation by February 2022, after which the petitioners would be able to file an amended petition, which was indeed submitted last year.

The data from HaMoked shows that night raids remain the army’s standard practice, used as a first resort for bringing in Palestinian minors for interrogation. The report adds that this is “contrary to international law, the principle of the best interests of the child, and the army’s promises to summon minors in advance for questioning before their initial arrest.” 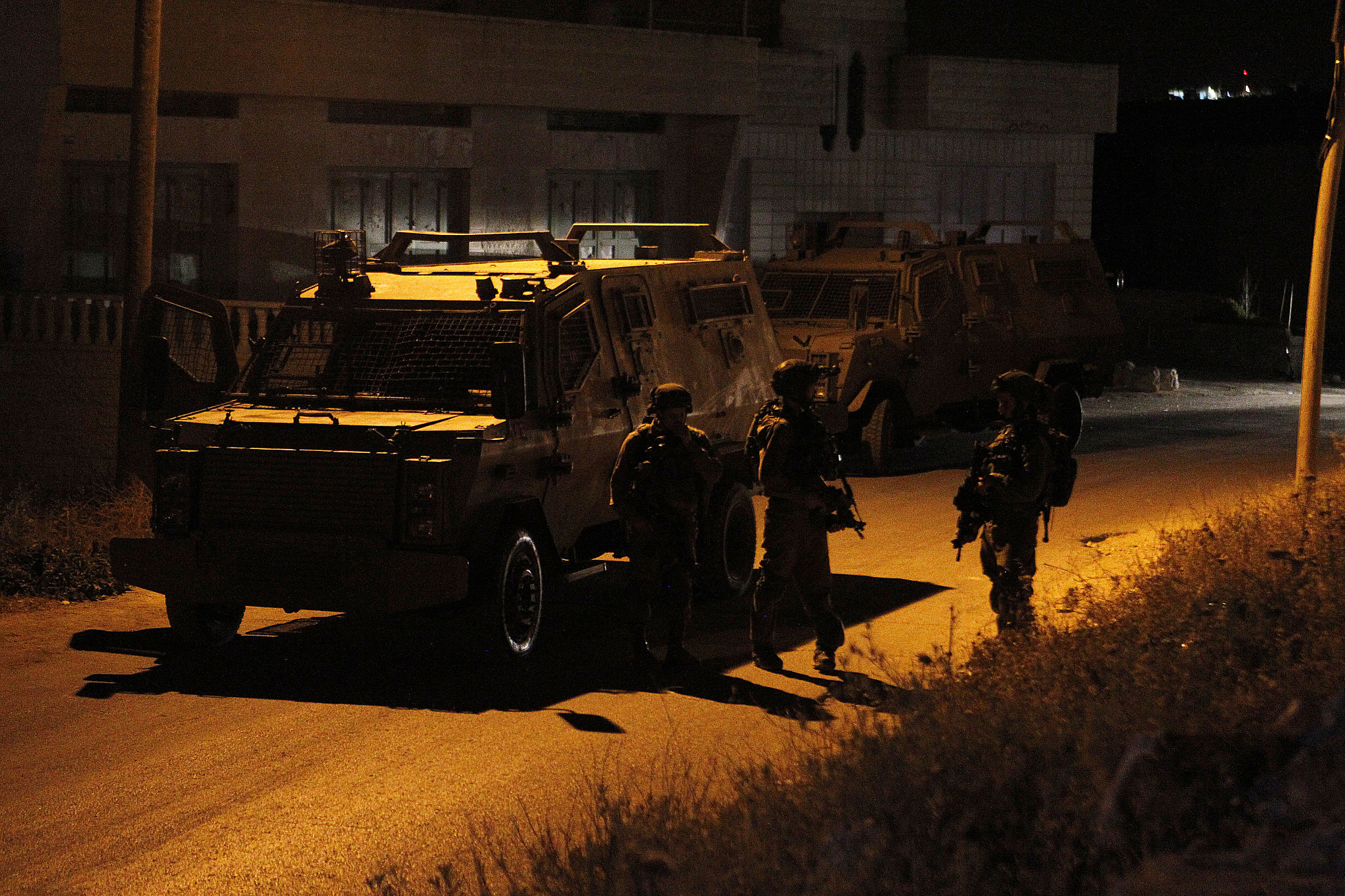 The full details of the procedure that the army presented to the court in 2021 are confidential, but the state’s announcement ahead of the court hearing presented the “core of the procedure,” according to which it will not apply to “minors wanted for questioning other than by the Israel Police [i.e. by the Shin Bet],” or to those suspected of “serious offenses” (a term that does not have a clear definition and covers a wide range of possible offenses), or those “with a criminal record for serious offenses.”

According to data received from the state attorney’s office last year as part of the legal process, it appears that from September to December 2021, 34 Palestinian minors were arrested in the West Bank, of whom only six were summoned for questioning in accordance with the procedure. The other 28 minors were subject to premeditated night arrests, which the state claims were in accordance with the stipulations that appear in the procedure. The state says that these figures do not include minors who were arrested “red-handed” in the West Bank — that is, while they were suspected of committing a crime. Now, the new data shows that there has been no change on the ground.

From HaMoked’s data, it appears that, between May and October 2022, the vast majority of the night arrests were used to bring in children who were not at all suspected of “serious offenses.”

In those six months, 58 families contacted HaMoked with a request to locate their child who was arrested from home at night. In November, the organization re-investigated the whereabouts of all 58 children: the vast majority, 36 minors, had already been released to their homes, from which HaMoked said it can be concluded that they were not suspected of serious offenses — which would otherwise usually lead to the children being detained until the end of the proceedings, which is the norm in military courts.

‘No effort to reduce this traumatic experience’

“If my son was wanted for questioning, of course I would expect to receive a summons,” said Jessica Montell, HaMoked’s executive director. “But for a Palestinian mother, the first time she hears that her son is wanted for questioning is when a large group of masked soldiers knocks on her door in the middle of the night.” 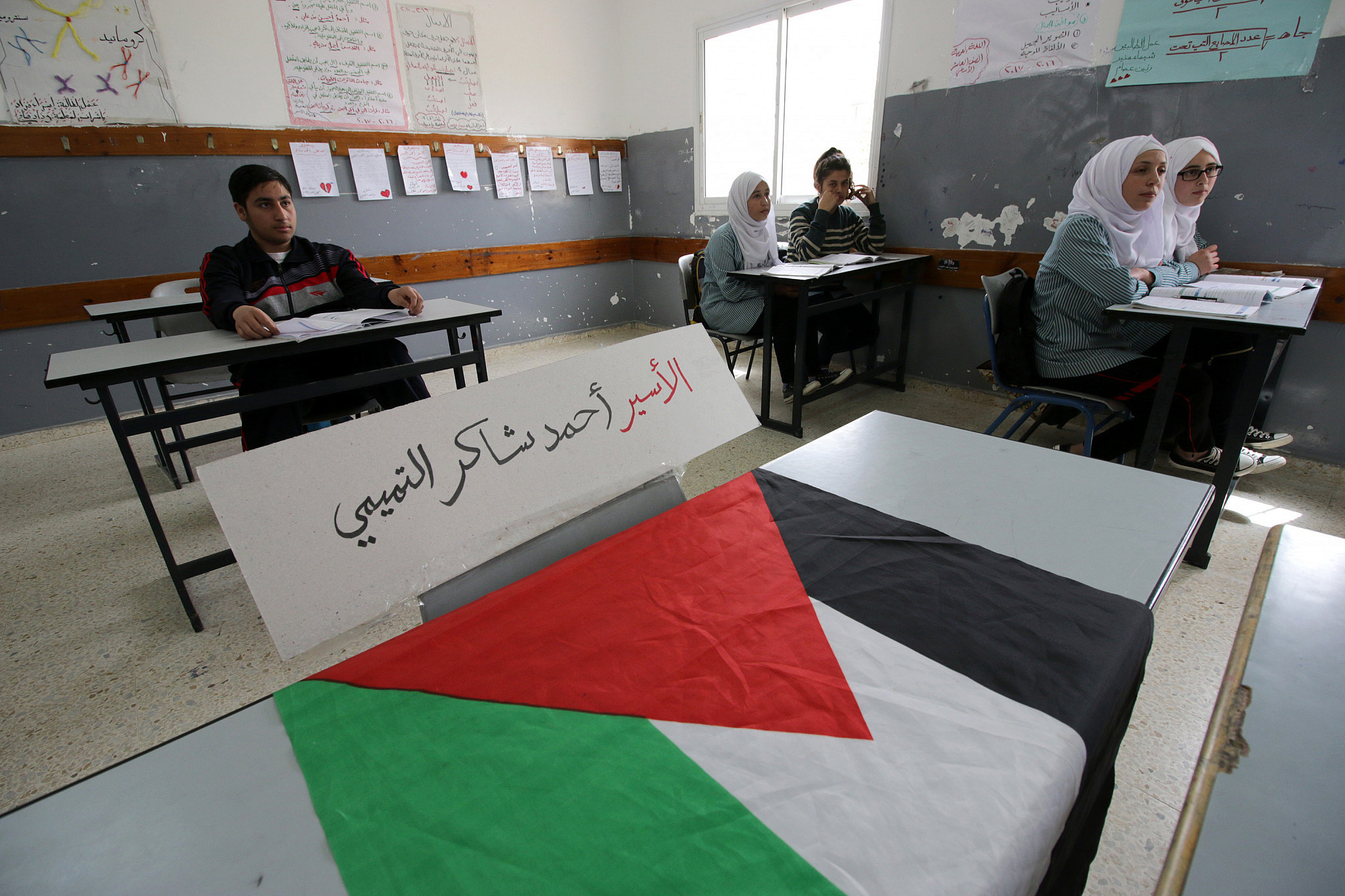 Palestinian students sit in their classroom as a piece of paper that reads “Prisoner Ahmed Tamimi”, the name of a 14 year-old student who was arrested by the Israeli army during a night raid two days ago, is placed at his empty seat in the Nabi Saleh elementary school, West Bank, April 26, 2017. (Ahmad Al-Bazz/Activestills)

She continued: “A nighttime home invasion with the aim of arresting a child is a traumatic experience with long-term consequences for both the arrested child and for the parents and siblings. The army makes no effort to reduce this traumatic experience. Instead of being an unusual event, night arrests are actually the default for bringing Palestinian children in for questioning.”

In response to +972’s inquiry, the IDF Spokesperson stated: “The Central Command has established a procedure according to which minors who are wanted for questioning by the Israel Police on suspicion of committing crimes that are not serious and who do not have a criminal record for serious crimes will be summoned for questioning by the Israel Police, provided that this is possible in view of the needs of the investigation and paying attention to security aspects and operational needs. An update on this matter was provided as part of the petition to the High Court on the issue that is currently underway. Despite this, when it comes to serious offenses and when a summons for questioning would undermine its purpose, the minors are arrested in night arrests and not summoned for questioning by Israel Police.”