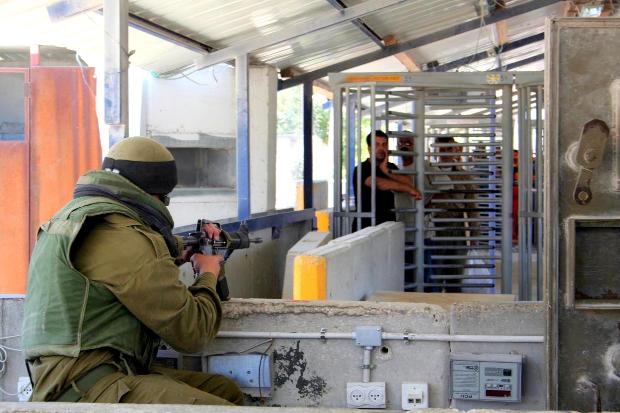 Today, June 5, Israel marks a double anniversary: 45 years since the Six-Day War and 30 years since the first Lebanon War. The name of the latter is misleading – the war took place in Lebanon, but it was yet another attempt to solve our “Palestinian problem” by force. Israel conquered most of its neighbor to the north (including the capital), installed a puppet leader as president, and forced the PLO to sail all the way to Tunis. But the plan failed. Five years later, a popular unarmed revolt broke out in Gaza and spread to the West Bank. A little over a decade after the occupation of Beirut, PLO chairman Yasser Arafat entered Gaza.

Last weekend, Israeli newspapers devoted most of their pages to the Lebanon war. Yet its obvious lesson – that the Palestinian issue cannot be resolved by force, nor can it be made to disappear – was hardly discussed. Nor was any reference made to the Six-Day War’s anniversary. Israelis have all but forgotten the Palestinians. The longest military occupation in the world is entering its 46th year amidst a deafening silence. 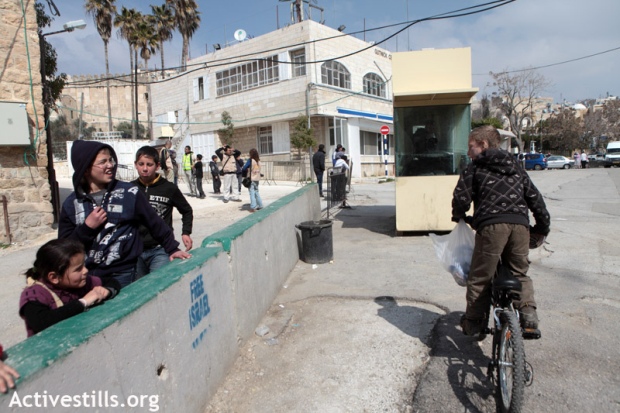 The Palestinians are not the only people in the world who lack an independent state. Yet there is one fundamental difference between the Israeli occupation of the West Bank and Gaza and, let’s say, the Chinese occupation of Tibet, not to mention the situation of the Basques in Spain or the Kurds in Turkey (both examples are often cited as comparisons by the Israeli right). In all of those cases, the “occupying” country annexed the territory at hand and turned the people living in it – sometimes against their will – into its citizens. Israel never did that. It let the army run the occupied territory. The Israeli occupation is also different from the American occupation of Iraq or Afghanistan, because Israel has a claim to the land it conquered, because it is using the natural resources of this land, and because it moves the Jewish population into the occupied territory.

The Israeli occupation of the West Bank is therefore a unique phenomenon. Between one-quarter and one half of the population under Israeli control (the exact number depends on how you estimate of the size of Palestinian population, and whether you count Gaza or not) does not enjoy the most basic of civil rights or any political representation within the regime that controls it. Israel is a decent democracy for its Jewish citizens. For Palestinians, it’s a brutal dictatorship. 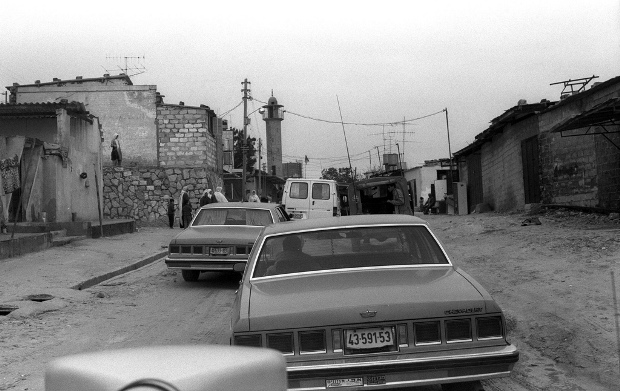 PM Shamir's motorcade driving through one of the streets of Gaza City, 1988 (photo: Ayalon Maggai /GPO)

I was born in 1974, seven and a half years after Israel seized the West Bank and Gaza. I remember the day workers from the Territories standing in street corners early in the morning, waiting to be picked up. Later, Israeli singer Ehud Banai wrote a popular song about the Palestinians who are building Tel Aviv. Today, Palestinians are not allowed west of the Green Line. Instead, they are building houses for Jews in the settlements.

In one of my grandfather’s visit to Israel, he rented a car (we didn’t own one) and took us on a trip to the West Bank. I was fascinated  by the Jordanian products in the local groceries, including cans of 7up, which wasn’t sold in Israel. With time, as Israel took control of the Palestinian economy, they were replaced by products of the large Israeli manufacturers.

My first time in the Territories as a soldier was on the day the Oslo Accord was signed. During my mandatory service, I was stationed in and around Gaza, Nablus, Ramallah, Jericho, Bethlehem and especially Hebron (in between, there were also a couple of tours in south Lebanon). When I look back at my experiences, I feel that most people don’t understand the occupation. You need to actually be there in order to feel it. And once you do, it stays with you, one way or another.

The life of every Palestinian in the West Bank is at the mercy of any soldier he or she meets. We are talking millions of people, who haven’t got the most basic protections that civilians everywhere enjoy. All Palestinians are tried by military tribunals, where the prosecution and the judges wear the same uniform – that of the IDF. Palestinians are not allowed to travel outside the West Bank without an army permit. They are subject to long lines at checkpoints and to arbitrary searches whenever they meet a soldier. Soldiers enter Palestinian homes at any time – day or night – without a warrant. When a Palestinian is wronged by a soldier, there is little point in filing a complaint, as the army doesn’t have the checks and balances a civilian authority has. Palestinians are not just Israelis with lesser rights; they are more like the prisoners of Israelis. I know this, because I have seen the occupation in action and I have been directly involved in it.

And the worst thought of all: A Palestinian man my age has not been free for a single day in his life. 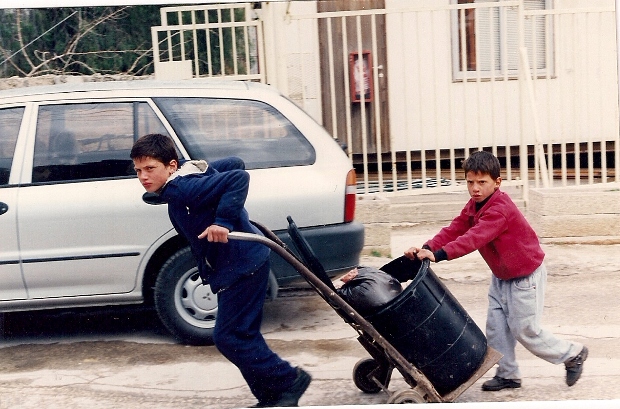 Palestinian children, Hebron 1997. The fact that I was in uniform when I took this picture is evident in the children's eyes (photo: Noam Sheizaf)

If that’s not enough, there are the settlements. The first one was born less than a year after the Six-Day War, with the blessing of most of the Zionist left. Contrary to popular belief, there was never a real argument in Israel over the settlements, only over the location, the nature and the size of them. In the eyes of the consensus, colonizing East Jerusalem, the West Bank and Gaza was fair game. The result: there are over half a million Jews east of the Green Line today.

Israel’s democratic institutions took part in the decision. At some point in the late 70s, Israel decided that all the state land in the Territories is available for it to use. Government offices facilitated construction of homes for Jews in the West Bank, the Supreme Court approved confiscation of land and the widespread use of Palestinian natural resources – at times, it even approved confiscating privately owned land – and the Knesset voted overwhelmingly in support on the rare occasions such matters even reached the Knesset.

The worst turn of events took place under the Oslo Accord. The agreement divided the West Bank into three areas, the largest being under full Israeli control. The idea was that a permanent agreement under which the occupation would be terminated would be signed in six years, but it never was. So instead of letting Oslo expire, Israel made another brilliant move – it began acting as if Area C (the one under Israeli control) was officially handed to it. Today Israel builds roads, even new neighborhoods, commercial spaces and culture centers in the West Bank, while pushing the Palestinian population from those areas to the crowded cities and villages (a good graphic of the land allocation can be found here). Hundreds of “illegal” Palestinian homes are being destroyed every year, and no permits for new ones are given. This systematic displacement and confiscation has been taking place for almost half a century. The problem with the settlements is not the settlers. It’s the state. 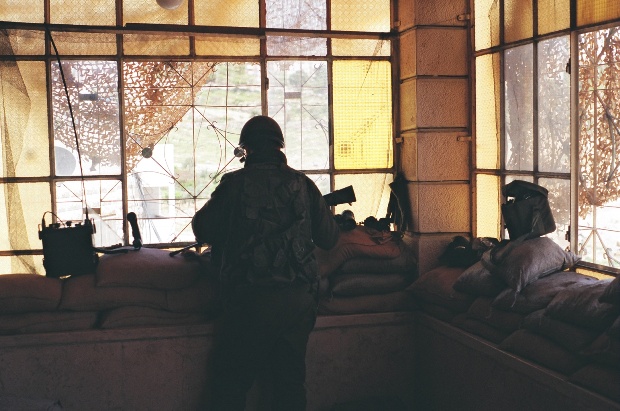 An IDF post inside a Palestinian home (photo: Breaking the Silence)

In recent years, the occupation has reached its most sophisticated level. It is the greatest national project Israel has launched. The best and the brightest take part in it: the high-tech industry invents new means of control and supervision over the local population (the army has become so good at this job, that Israel has exported much of the knowledge it gained in the West Bank and Gaza to other occupying countries); the best legal scholars come up with loopholes to allow the ongoing confiscation of assets and deprivation of rights; and the most skilled diplomats are taking part in a propaganda war meant to convince the world that the Palestinians are to blame for the occupation. Astonishingly, the international community is buying this nonsense, treating what is basically a massive-scale human rights violation as if it was a remote border dispute between two sovereign nations.

Recently, I attended a meeting with a group of scholars and elected officials from a European country. They were genuinely full of good will, upset by the deadlock, concerned for both sides and asking what could be done, suggesting joint civil society projects and other trust-building measures which could “bring Israelis and Palestinians together.” But such efforts are bound to fail on every level, and lately, I have begun to think that they do more to maintain the occupation than to help end it. Meetings between Israelis and Palestinians might look promising to an outsider, but they continue to feel awkward and staged, because the two sides are unequal, one possessing all the privileges and the other not having even basic human rights. The prisoners should not be expected to make friends with their guards, even if those are the nicest prisoners, and the best-intentioned of guards.

There is another, more fundamental problem: The status quo is good for Israelis and bad for Palestinians. I say that as an Israeli who wants to continue enjoying the great life this country can offer to (some of) its citizens. With both solutions – one state or two states – being so costly and dangerous, keeping things as they are seems like the best option for Israeli decision-makers. As long as the Israeli government has the power to maintain the status quo, it will. Most of the Israeli public agrees, and the international community is not willing to spend any political capital on changing its mind. Rightwing politicians here and in the United States are selling the public fantasies, as if it’s possible to keep the West Bank forever or give the Palestinian the right to vote for the Jordanian parliament or “an enhanced autonomy,” or other similar ideas which are just code names for Apartheid. Under such circumstances, debates on solutions are a meaningless intellectual exercise. There is truly no end in sight. 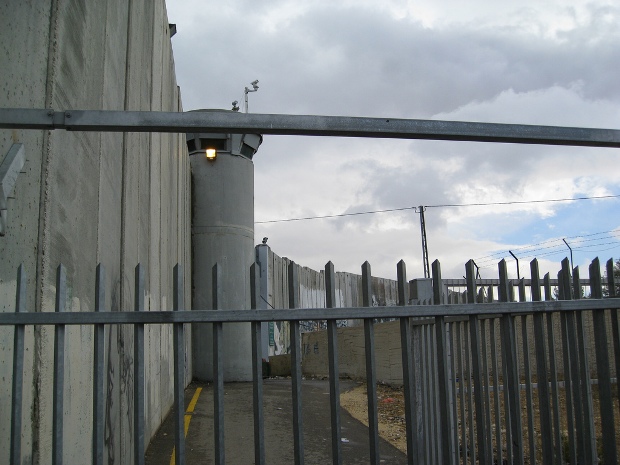