Israel might have the power to tell itself and the rest of the world a story of victimhood. In reality, it has been abusing two million besieged Gazans for over a decade. 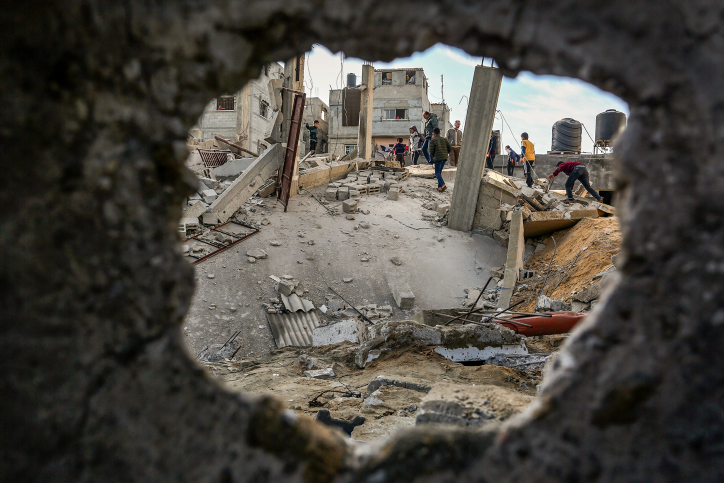 As the number of casualties on both sides of the Gaza border continues to climb, Israeli politicians are busy having their age-old argument: should we destroy Gaza? Erase it? Or should we send it back to the Stone Age? I propose we draw a different lesson from the horrific violence that, as of this time, has already taken the life of 16 Palestinians and four Israelis: we Israelis need to learn Arabic.

I am aware that my proposal is far less attractive to most Israelis than a “solution” that includes more violence and bloodletting, but in the long run it may just be the most effective. Learning Arabic, after all, is the only way to overcome our ignorance regarding what is happening on the other side in between rounds of “escalation,” which according to Israel always begins with the first Israeli casualty.

Israel can tell both itself and the world any story it wants. It can talk about “escalation” only when rockets fall on the south or about terrorism only when its citizens pay the price. It can erase the barbaric blockade on Gaza, the endless starvation of its population, the snipers who kill unarmed protesters, the shooting at fishermen, the lack of potable water, the electricity, the infrastructure, the economy and the unemployment.

Yet none of these will cease being part of the history in the making of occupation and violence. With all due respect, a narrative cannot replace reality, and in reality, Israel has been abusing two million besieged Gazans for over a decade. What did we think would happen? That because the strong have the power to tell the story the weak would simply vanish?

Those who follow Arabic-language media outlets in between rocket attacks on southern Israel will discover a parallel universe that the Hebrew media hardly cares about. For them, “escalation” is not equivalent to rocket fire on the south — it is a constant feature of life. And not only in Gaza, of course. Open up any Palestinian news site during these so-called periods of “quiet” and you’ll find that the war never truly ends. Palestinian children continue to face arrests, Palestinian homes continue be demolished, and Palestinians continue facing expulsion from their land.

It is impossible to understand our reality without understanding theirs. If not out of basic humanity, then at least out of an understanding that Palestinians in Gaza and the West Bank are also part of our history in the making. No amount of Israeli propaganda can change that. 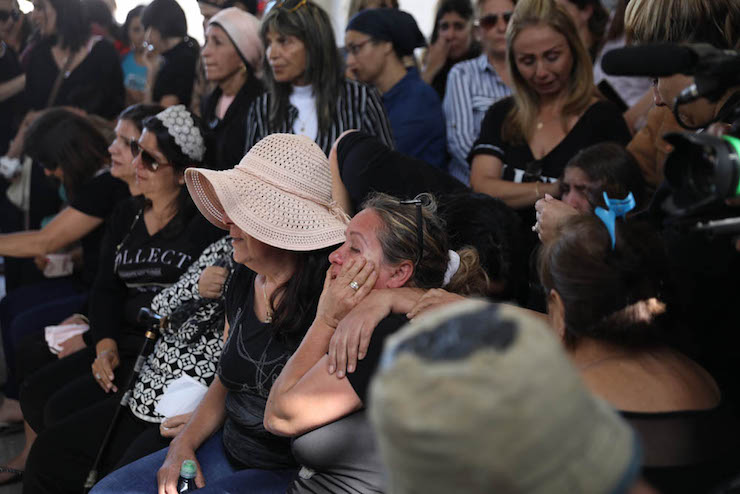 Mourners seen at the funeral of Moshe Agadi, who was killed by a rocket fired from Gaza that struck his home in Ashdod, southern Israel, May 5, 2019. (Oren Ziv/Activestills.org)

A similar kind of ignorance plagues the public discourse vis-a-vis the residents of Israel’s south, who have been consistently hit by rockets over the past decade and a half. The condescension and Schadenfreude (“They voted Netanyahu? They deserve rockets”) isn’t even the issue: the main problem is that this kind of thinking reduces their experiences to being targets. To being victims.

This attitude toward the residents of what is commonly referred to as “the periphery” arises not only in the context of rocket attacks — it characterizes mainstream Israel’s understanding of everything that is not part of the Tel Aviv area. The role of the periphery in the Israeli political discourse is that of victim. After all, Tel Aviv has also been previously hit with rockets from Gaza, yet no one ever expects its residents to adjust the way they vote to their new status. Suffice it to say that this would not have happen even had Tel Aviv residents continued to be bombarded.

Personally, I believe that anyone who votes for Netanyahu is making not only an immoral decision — they are voting against their personal interests as a citizen of this state. I also understand that in the eyes of his voters, this is no mere whim. The prime minister offers his supporters the promise of continued, violent rule over Palestinians in the West Bank and the Gaza Strip, all while deepening Jewish supremacy inside Israel. One cannot ignore the logic of these priorities, regardless of how immoral they are.

Residents of southern Israel who voted for Netanyahu did not do so because of the role that mainstream Israel has carved out for the “poor residents of a periphery under rocket fire.” They do so because they are Jewish citizens in a Jewish supremacist state.