‘My suspicious ethnic identity coupled with my criticisms of Israel were enough to get me banned from Israel and more importantly, barred from being able to tell stories from the West Bank.’

It isn’t the first time I’ve been interrogated at Ben Gurion International Airport. The first time I flew into Israel was to volunteer and work as a freelance journalist in the West Bank. I was told by my potential colleagues to lie at the port of entry—as the Israeli Border Control is notorious for deporting anyone who claims that their purpose of visit is to see or do business in the West Bank.  I learned the hard way if you’re Arab-American or even look Palestinian—like me—you are held and interrogated until you reveal your true intentions. 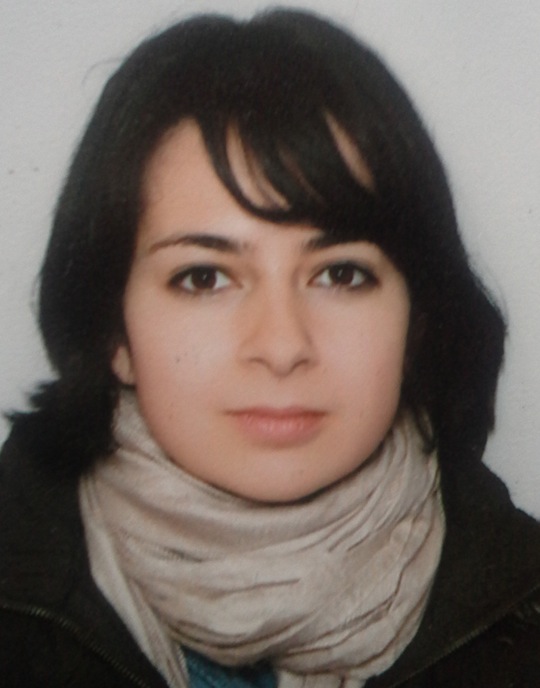 However, this time the purpose of my visit was not to go to the West Bank—it was to attend a conference in Tel Aviv, Israel. The conference is the Media in Conflicts Seminar (MICS) sponsored by the Interdisciplinary Center at Herziliya. I later learned that it is a project conceived and funded by StandWithUS, an Israel advocacy group, aimed at targeting foreign journalists to improve Israel’s image in the wake of bad press surrounding Operation Cast Lead.

Selfishly, I also thought that attending the conference would be a way to get a visa—and head to the West Bank after the conference to see friends and do the reporting I wanted to do.

“Here,” I said. “I have a letter of invitation in Hebrew.”

“I don’t care about any of this!” he said, dramatically throwing the paper that I thought would be my ticket to a visa in the air until it fluttered to the ground. “How do I know that you are not here to go to Falasteen? To be with the Falasteeniyans?”

I was sent to another room to wait, and then called in by another Shin Bet officer.

“Now I know you are American and you have your rights and blah blah blah,” he said. “Well I have more.”

At least I knew where I stood.

“Now, I need you to give me all of your contacts in the West Bank.”

I refused—many of my friends and contacts in Palestine are activists, former political prisoners who have served as many as eight jail sentences some of which have been in administrative detention and solitary confinement. One wiretap from the Shin Bet in the wrong place at the wrong time would be enough to have them targeted for arrest, their homes raided, any opportunities thrown to the winds.

“Either you give them to me now or I will take them by force,” he said.

He proceeded to go through my phone and take down the contact information for any Arabic-sounding name—even if they lived in the United States. Luckily this was my American phone and not my Palestinian phone, and I had hidden any contacts that appeared in both with a non-Arabic sounding name.

“Okay,” he said. “We’re deporting you back to New York. You are banned from Israel for 10 years.”

Five Shin Bet officers escorted me to where my suitcase was, which they had ransacked and broken, then covered with security tags before I was allowed to leave the room, still with an escort. I was denied the right to a phone call and only found out I was being deported to Berlin (via Istanbul) instead of New York once I was on the plane.

On the nearly empty 4 a.m. flight to Istanbul, my passport still held at the front of the plane, I thought about how difficult it is going to be for me to see any of my Palestinian friends again. For most Palestinians living in the West Bank, leaving requires dozens of permits—which are often expensive and ultimately denied. Going abroad also requires a visa, rarely granted to Palestinians who do not carry a passport other than their hawiyeh, a Palestinian identification card.

As a reporter, I thought that my American passport and light-colored skin would be enough to get me through Ben Gurion’s airport security, and into Israel—where it would only be two short bus rides to the West Bank. But no—my appearance was enough to be pulled aside and interrogated, not trusted based on suspicion of being Palestinian alone and then Google-searched to reveal that I’m an outspoken journalist. It was not long before my suspicious ethnic identity coupled with my criticisms of Israel were enough to get me banned from Israel and more importantly, barred from being able to tell stories from the West Bank.

Anna Lekas Miller is a freelance journalist based in Brooklyn, New York. Before being banned from Israel, she lived and worked in the West Bank as a correspondent for Open Zion: The Daily Beast. Follow her antics on Twitter @agoodcuppa.
Related:
Just another interrogation: My encounter with the Shin Bet
Palestinian celebrity gets the ‘Jewish sticker’ at Ben-Gurion Airport