Some senior figures in Israel are telling fairy tales. 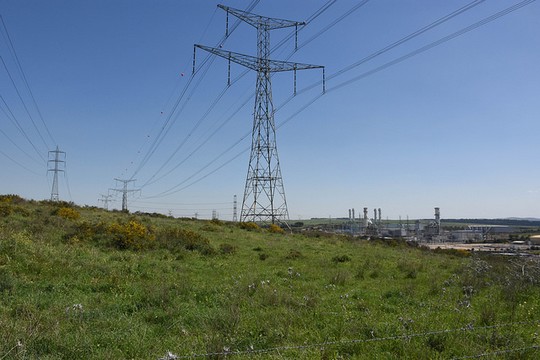 A number of journalists and figures in the Israeli media and public sphere have been making the claim recently that Israel provides free electricity to Hamas and the Gaza Strip, generally as part of an argument that the Israel is paying the Gazan government protection money in exchange for quiet along the southern border.

The claims have been made in articles, opeds, comments sections, online videos, and even by those who should really know better — like Israel Electric Corporation (IEC) Director Maj.-Gen. (res.) Yiftah Ron-Tal.

In other words, Gaza does not owe any money to the Israel Electric Corporation. There is no debt. Nada. Haaretz’s Amira Hass wrote about it at some point, but the organization I work for, Gisha, checked with the Palestinian Finance Ministry in Ramallah. They informed us that Gaza’s electric bill is settled unilaterally. Israel only informs the Palestinians afterward.

The Palestinian Authority does indeed have a debt to the Israel Electric Corporation, but the size of that debt is a mere fraction of the IEC’s own debt, which according to the Israeli State Comptroller stood at NIS 71 billion ($18 billion) in 2014, which is primarily the result of the IEC’s own financial mismanagement and not the nonpayment of the Palestinian Authority.

It’s not difficult to imagine why the director of the IEC might want to talk about Palestinian debt instead of his own, but it is still surprising to see how people believe that their country is giving out free electricity to the Palestinians (and soon, natural gas, according to some fantasists). The Gaza Strip presents Israel with serious, concrete and difficult policy dilemmas regarding security, logistics and economics. To talk about those Israeli policies the same way we tell fairy tales, however, doesn’t help anyone, certainly not Israelis.