In the Israeli-Palestinian domain, the current demand for empathy above all else is obscuring what should be a more urgent discourse — that of rights.

By Peter Eisenstadt and Mira Sucharov 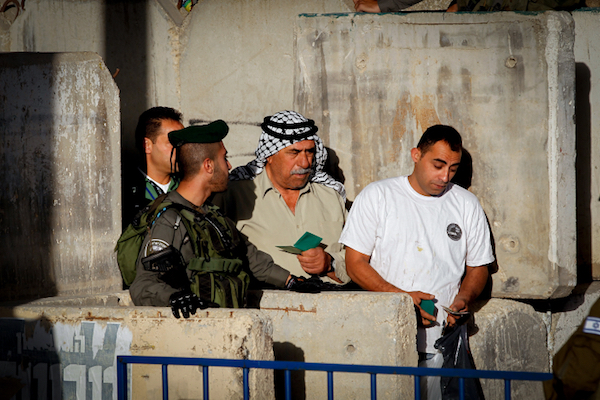 If American Jewish historians Hasia Diner and Marjorie Feld’s Haaretz article last week disavowing Zionism was intended to provoke, it has succeeded. Diner called her earlier Zionism a “naïve delusion,” while Feld wrote of her painful rejection of Zionist “propaganda.” In response, Jonathan Sarna, another American Jewish historian, accused the authors of exchanging one “naïve delusion” for another. Rabbi and talmudist Ysoscher Katz called the authors “weak-kneed.” Los Angeles-based Rabbi David Wolpe dared the authors to experience the chilly reception his congregants would likely accord them. Journalist Jeffrey Goldberg tweeted that the piece prompted him to consider stopping reading Haaretz altogether.

While we do not share their emotional detachment from Israel, we think that Diner and Feld’s anguished essay is important in urging us to consider how fealty to Zionism may hinder creative thinking about Israel’s future. If one ideal of Zionism was to create a Jewish state, another was to “normalize” the condition of the Jewish people. Zionism has succeeded in the first task, and not the second. Israelis are challenged both by the ongoing state of enmity from many corners as well as by having become almost permanent occupiers of another people. Neither of these conditions approach normalcy.

Still, there was one particularly thoughtful and nuanced response to Diner and Feld. Writing in Haaretz, Noah Efron faults the authors for a lack of empathy towards Israel. For Efron, empathy matters because a “solution will arrive when both sides realize that the hopes, dreams and aspirations of the other side, like their own, have value, beauty and legitimacy.”

For scholars, empathy is an important tool; it’s the stock-in-trade of our own disciplines — history and politics. But just as we recognize empathy as a professional and public good, in the Israeli-Palestinian domain we fear that the current demand for empathy above all else is obscuring what should be a more urgent discourse — that of rights.

Over four million Palestinians under Israeli rule are denied citizenship, with order maintained through the brutal military occupation in the West Bank, and an inhumane blockade (run in tandem with Egypt and abetted by Hamas’s intransigence) around Gaza. An additional million-and-a-half Palestinian citizens of Israel suffer from the democratic deficits inherent in Israel’s ethnic democracy. And millions of additional Palestinians, living abroad, await word on whether there will be return or even compensation for the Nakba. While engaging in dialogue on competing historical narratives may be intellectually and emotionally enriching, today there is something much more basic at stake: international law and human rights.

The end of Jim Crow in the American South was brought about not by whites and blacks coming to acknowledge the “hopes, dreams and aspirations” of the other, but by unremitting pressure on white supremacy. Whether whites and blacks understand each other better now than half a century ago is doubtful, and the change wrought by the civil rights movement hardly ended all of America’s racial problems. Still, there has been progress. If, over the next half century, Israelis and Palestinians find a way to co-exist, it will probably resemble the progress in American race relations: slow and halting, but undergirded by certain fundamental political and legal changes basic to democracy.

So where does this leave Zionism? Even in its most progressive and empathic form, Zionism has meant a commitment to an increasingly elusive “two-state solution,” the kind that is supposed to take into account the needs and identities of both sides. But as the occupation nears the half century mark, we are increasingly concerned that the progressive Zionist commitment to the two-state solution as being the “only” one — due to a perceived need to protect Israel’s Jewish identity — is, if inadvertently, helping to shore up an unjust status quo.

In a future peaceful scenario, it is unlikely that Palestinians will be able to call up much empathy for Zionist ideals. It is, however, nearly certain that Israelis will have to recognize that the Palestinians deserve the same basic rights that they themselves enjoy.

If Diner and Feld’s essay has struck a nerve, it is probably because it articulated sentiments that many who call themselves progressive Zionists have to some extent shared, but were reluctant to articulate. Both the anger and the sympathy it has generated indicates the importance of probing Zionism’s current relevance. That Zionism helped to create the current impasse with the Palestinians is undeniable. Whether it can be of any assistance in resolving it is far less clear.

Peter Eisenstadt is an independent historian living in Clemson, South Carolina. He has written extensively on New York City and New York State, and African American and Jewish history.

Mira Sucharov is an associate professor of political science at Carleton University in Ottawa, specializing in Israeli-Palestinian relations. She writes regularly for Haaretz, The Jewish Daily Forward and the Canadian Jewish News.