A liberal-Zionist writer learns to accept the status quo. A response. 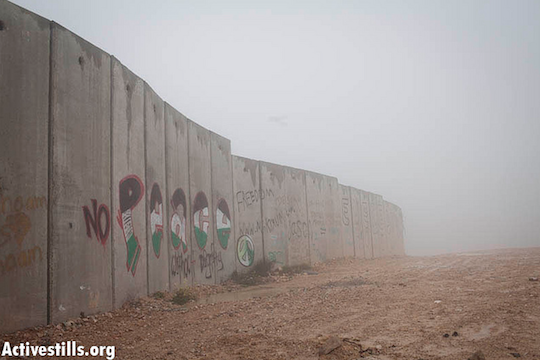 The disappointment over the failure of the Oslo process and the rise to power of an extreme nationalistic coalition in Israel have led to a newly founded belief among some liberal Zionists that “there is no solution to the conflict,” or that “peace cannot be achieved.” This view – which dominates Labor Party politics today as well – is both morally and politically wrong.

The New Republic’s Leon Wieseltier, a self proclaimed “hawkish dove,” expressed the “no solution” idea in a recent post. After blaming the Palestinians for missing past opportunities, Wieseltier writes:

But still I concur in the necessity and the justice of their demand for a state, and still I yearn for a serious Palestinian diplomacy.

ALL THESE BELIEFS, however, are beginning to seem pointless. Reality appears to have other plans for itself. Hamas maintains its terrorist and theocratic sway over Gaza, and criminally fires hundreds of rockets at Israeli civilians, and extols the destruction of its arsenal and its infrastructure by Israel as some sort of apotheosis. Mahmoud Abbas celebrates the attainment of observer-state status at the United Nations with a mean and small speech in which he accuses Israel of “one of the most dreadful campaigns of ethnic cleansing and dispossession in modern history,” and of unprovoked “aggression” in Gaza, and of “an apartheid system of colonial occupation, which institutionalizes the plague of racism.” Salam Fayyad, the Palestinian leader for whom we longed, is a tragic figure, undone by Palestinians and Israelis together. In Israel, Benjamin Netanyahu petulantly responds to the General Assembly vote with an outrageous proposal for Jewish housing in the area east of Jerusalem known as “E1,” which would scuttle any cartographically meaningful state for the Palestinians. He allies his party with the party of Avigdor Lieberman, the fascist face of Israel, who has proposed loyalty oaths for Israeli Arabs, and then his party, I mean the Likud, demotes its moderates and promotes the odious likes of Moshe Feiglin, who refers to Arabs as Amalek and advocates their “voluntary transfer” from Israel. As these anti-democratic maniacs flourish in Netanyahu’s base, one increasingly hears in those quarters the ugly old refrain that Jordan is the Palestinian state. And there is no significant opposition to Likud, only a petty and fragmented and pathetic assortment of self-interested figures and parties. People assure me that all this can change if there is the political will to change it; but I do not detect the political will. So what if the two-state solution is the only solution, when nobody is desperate to solve the problem?

This mistaken analysis leads to disappointment which leads to tacit support of the occupation, thereby thwarting the need to assume any responsibility for it.

The analysis: Wieseltier views the conflict essentially as a diplomatic issue, and he laments the lack of creativity and good will on both sides. But the occupation is a human rights problem – the displacement of the Palestinian people following the creation of the Jewish State, and the occupation. You can argue about who is to blame, but what’s at the heart of the problem is the existence of people with no rights.

Framing the question as a peace and war issue already acknowledges the Israeli perspective as the only valid one. The Israeli interest might be peace – meaning security – but the Palestinians want something else: their freedom, their land and their rights. And while most Israelis enjoy peace most days of the year, the Palestinians are always occupied (it is the same inability to acknowledge the Palestinian reality of life which brings Wieseltier to put the word “Apartheid” in quotation marks. From an Israeli perspective – and Wieseltier writes like an Israeli – Israel is indeed a democracy. But from the perspective of an ordinary Palestinian in the West Bank, who doesn’t vote and whose life is run by the Israeli army, it’s a military dictatorship. Not only is Wieseltier unwilling to acknowledge this, he views such statements as anti-Israel hate speech.)

At the heart of Wieseltier’s text is the belief that the human rights of Palestinians are not “rights” in the way liberals understand them – i.e. something that a person is born with and that cannot be taken from him – but as a political good which is to be handed to them when they accept various Israeli conditions. It is this process – conditions for rights – that has failed, and not the notion of peace.

Furthermore, in the tradition of Israeli propaganda – Prime Minister Netanyahu himself has expressed the same exact view this morning – Wieseltier juxtaposes Palestinians statements (Abbas’ speech) with Israeli actions (the settlements). I have written about this strange obsession with things Palestinian say here; for now, it’s enough to imagine the same practice in other rights-related issues: For example, someone juxtaposing the practice of racial segregation with the rhetoric of black leaders. Could the latter justify the former?

On top of everything, there is something extremely grotesque – for lack of a better word – in hearing Israelis (or Zionists) explaining that the effort to end the occupation is simply not working, or beginning to seem pointless. Israelis are in power. They can end the occupation with a simple decision. Palestinians can’t. If we continue the racial metaphor, now our white writer is informing his readers that the black struggle for equality is going nowhere, so we should probably give up the hope that anything will change in our lifetimes.

To his credit, Wieseltier does point out that a lost cause is not necessarily an unworthy one. But the Palestinian cause is hardly a lost one. It is the particular process Wieseltier has backed – the Oslo Accord – which has reached the inevitable dead-end, mostly because it failed to understand the Palestinian perspective. The process is dead; the failure continues.

Disappointment: Jews and Palestinians will probably live on this land together for a very long time, and the armed conflict is but one form that their relations have taken. There could be more rounds of violence and peace in the future. There could be other forms of struggle and cooperation as well. There will be no “peace” that will end history, nor such a war. A major part of the problem in the thinking of the Israeli left is the yearning for “a solution” that will end the conflict on the very same day – a notion strangely parallel to the right’s wish for the disappearance of the Palestinians. There are no quick fixes. That’s not how life, or history, works.

Wieseltier mentions Meron Benvenisti. Benvenisti was the first Israeli scholar to recognize that we are already in a one-state solution, only that this is an undemocratic state, in which the Palestinians have limited representation and rights, at best. The diplomatic peace is but one solution to this situation, and in any case, we should lose the messianic hopes we attach to it.

Occupation: What Israelis understand and Wieseltier doesn’t, is that they already have their peace now. Putting aside the future implications, the current status quo represents the best alternative for Israelis. This is why they vote for a leader who basically promises them more of the same. Palestinians, on the other hand, are in a war. Wieseltier regrets that ” nobody is desperate to solve the problem,” but fails to understand that it is nobody in Israel that is desperate. The Palestinians are pretty desperate for freedom and justice – they just won’t buy the version Netanyahu is trying to sell them.

After concluding that nobody wants peace anymore, Wieseltier’s text accepts that status quo: “Reality appears to have other plans for itself,” he writes, dividing the blame between the Israeli right and the Palestinian leadership, as if Israelis can democratically decide to continue the control over another people (as they are doing, again and again). Had he ended his text with a call for new actions against the powers at hand, things would have been different. But Wieseltier is clearly not ready to be honest about the Israeli decision to maintain the occupation, or to draw the moral and political conclusions from it.

His text – like much of liberal Zionist politics and writing in recent years – pretends to be a recognition of personal failure, but is in fact an attempt at distancing himself from the responsibilities for the current state of affairs, or for the crimes of the occupation (to the extent that he is ready to acknowledge them). Arab rejectionism is to blame, or the Israeli right, and in any case he wants peace, so please leave the author alone.