An Israeli youth basketball league limits the number of non-Jewish “foreigners” who can join–excluding children who were born and raised in Israel. If a team goes over the cap, it is barred from district competition. 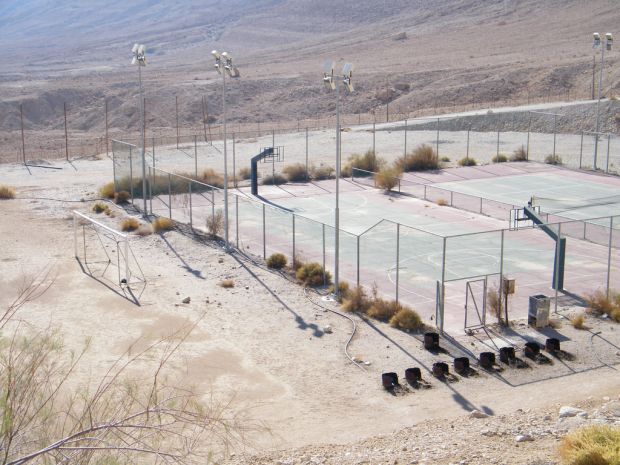 Two Filipino boys play a one-on-one basketball game in South Tel Aviv, an area where many migrant workers and their Israel-born children live. The kids shout at each other in Hebrew as they dribble, shoot, and score. As local as they might seem, these boys are likely to be excluded from a local league due to a little-known policy that prevents many non-Jewish “foreigners” from joining basketball teams.

The rule was made by and applies to the national basketball league for seventh and eighth graders. When it was first discovered by the human rights organization Israeli Children—a group that was founded to fight Israel’s plans to deport children of migrant workers—the policy stated that only “two foreigners” were allowed on each team. But, in most cases, the kids who are excluded are not foreigners—they are children who were born and raised in Israel and who will receive citizenship when they turn 21.

After Israeli Children insisted that the cap be removed, the league tweaked the policy. Now, three “foreigners” are allowed on each team. If a team would like to have more “foreigners,” it must be made up exclusively of “foreigners.” And, if a “foreigners”-only team wins city play-offs, it is forbidden from going on to district competitions. The children must give their spot, instead, to a team that has a “local” majority.

Rotem Ilan, co-founder of Israeli Children, remarks, “It’s sad to say, but I don’t think [the policy] reflects anything different than what [the kids] hear every day on the street, what they hear from their ministers—that they shouldn’t be here, that they don’t belong here, that they’re the ‘wrong’ kind, born to the ‘wrong’ parents.”

Ilan adds that while Interior Minister Eli Yishai has taken the most flak for saying, publicly, that migrants bring diseases to Israel, a member of the Tel Aviv municipality has also remarked that migrant workers’ children and African refugees who attend local schools should have special health check-ups because they are probably ill.

And, recently, a state-funded kindergarten in South Tel Aviv announced that it will not accept “foreign” children. According to the Israeli news site Ynet, “at least two local kindergartens will be set aside to accept kids of only Israeli descent.” While Ynet reported that “the move is unprecedented in Israel,” the children of African refugees have been banned from many public schools in Eilat for several years now.

It should be noted, as well, that Jewish Israelis and Palestinian citizens of the state have separate educational systems.

These increasingly common attitudes and policies of segregating Jews from non-Jews don’t affect only “foreign” kids. They also make an impact on Jewish Israeli youth—communicating to them powerful and dangerous messages about inclusion and exclusion and teaching them that they ought to be privileged at the expense of those marked as “others.”

Reflecting on the basketball league’s cap, Ilan comments, “It tells [Jewish Israeli kids] that the children who already got residency still don’t really belong [here]. Or, ‘you’re better than these children.’”

The basketball league’s cap on “foreigners” is noteworthy for another reason. Jewish Israelis who admit that racism is indeed a problem in the country sometimes discuss it as a top-down phenomenon—it’s the leaders and the system that are discriminatory, not the people. But, in this case, the Education Ministry actually opposes the foreigner cap. It’s the basketball league that came up with and enforces the rule.

So is it the chicken or the egg?

The father of a school-aged boy discusses how the system reinforces the separatist values many Jewish Israeli children learn, first, at home. Ray, who asked to be identified by a pseudonym and for identifying details be omitted, is British and of African descent. His wife is Jewish Israeli. When their son was just three and a half years old, a classmate in his upper middle class daycare called him an “Arab” as an insult.

On another occasion, Ray says, “the children were singing to him—in a not terribly pleasant way—a Hebrew song about a little brown child. They did it as a taunt.”

Ray is also concerned by the “febrile, patriotic air” he sees in private Jewish Israeli daycares, as well as the state-funded kindergartens and schools, where the celebration of religious and national holidays is “intertwined with a sense that Jews have been victims through the ages and now they no longer need to be victims because they have their own country and can be masters of their own destiny.”

And Ray was troubled by the fact that his son’s daycare marked Holocaust Day by teaching the children about the tragic events that befell Jews during World War II.

“It’s not my place to comment on the role of the [Holocaust] in Jewish Israeli identity,” Ray says, “but a three-year-old is way too young to begin to process the horrors of the Holocaust.”

Overall, Ray feels that the Jewish Israeli educational system is marked by a “powerful insularity” that “encourages a certain nationalistic narcissism—[the feeling] that Jewish Israelis are the center of not just theirs but every one’s world view. And it’s terribly, terribly dangerous.”

It’s the sort of thing that might mold children into adults who make rules like limiting the number of “foreigners” that can join youth basketball leagues.