A look at the location of embassies in Washington – and who is next to whom – may reveal what the U.S. government thinks of its allies.

Washington D.C., the U.S. capital, is one of the world’s most famous grid cities. Its layout was strategically planned to reflect a delicate balance of power between the various branches of government as foreseen by the founding fathers. In more modern times, specific memorials and monuments were added to that plan, again, many of them having a reason for their specific location. And in more recent years, embassies were added to the logic.

In one of the world’s most powerful cities, where an embassy sits is of great significance – it is no accident. The Canadian Embassy, for example, sits on Pennsylvania Avenue, almost equidistant from the White House and the U.S. Congress. Canada, of course, is the U.S.’s massive neighbor to the north. And depending on where you are in the embassy building, you can have a view of both important American institutions.

A number of embassies line Massachusetts Avenue on a part of that street dubbed “Embassy Row.” They start down by DuPont Circle and span all the way up to the Naval Observatory. The latter is the official residence of the U.S. Vice President, and the last embassy one passes while driving north on Massachusetts Avenue is that of Britain. Again, a key U.S. ally in a key U.S position. One can be certain that Sir Nigel Sheinwald, London’s current envoy, does not knock on Joe Biden’s door and ask to borrow butter, but the significance of being neighbors – and good neighbors – should not be overlooked.

Much further up the road in an area called Van Ness sit a number of embassies from the Middle East. Jordan, Bahrain and Kuwait are meters away from Israel. Ghana, Ethiopia and Bangladesh provide a buffer between the Jewish state and the Arab ones. The Israeli embassy sits on a corner, notable for its beefed-up-security and “no parking” barricades. The other corner (there are only two) is a massive embassy – the largest in Washington D.C. – and it belongs to China. If proximity – i.e who your neighbors are – matters, then one could argue that Israel and China are of equal value in Washington’s eyes.

And now, why this is even on my mind. Today, the strangest thing happened. In my recent travels for work, I somehow misplaced my Israeli passport. (No, I did not lose it. I just don’t know where it is. There is a difference, mom!) I had to go to the Israeli embassy where, upon arrival (before even getting into the Consular Affairs section) I was asked a number of questions by the security officer on duty. “Okay, start again,” he said. “Why are you in D.C.?” “And where do you live?” “And where were you traveling?” “And who are you working for?” Some of those answers include that I was just in Venezuela, Cuba and Mexico for work before going to California to see my family and friends and then heading to Washington D.C. (and soon New York City), again, for work before heading back to Tel Aviv. And I work for CCTV English news, a branch of the Chinese state-run media outlet. I said this to him with the Chinese Embassy in the background, just across the street, and he kept looking over at it and then back at me. (When I explained to him that I used to live in Washington D.C. and Latin America when I worked for Al Jazeera, it raised even further suspicions.) Finally, he let me in and I proceeded to begin the paperwork process. But before returning my things to me after they passed through the security conveyor belt, he encouraged me to immediately alert the Israeli government if the Chinese government tries to recruit me to reveal Israeli secrets. He informed me that this is now common practice and that I need to proceed with extreme caution.

I found this to be an odd thing to say to a total stranger for a million and one reasons. And I found it more than ironic because the newspaper that I read on my way over to the embassy on this particular day had the following headline: Ex-White House Scientist Pleads Guilty in Spy Case Tied to Israel 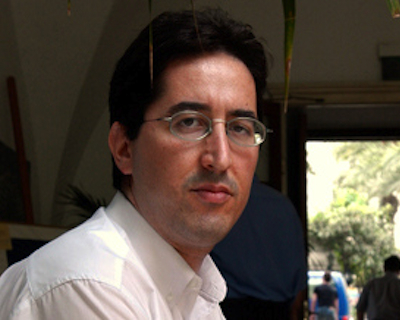 The mistrust appears to not be a one way road. A recent report by a blogger citing a former FBI translator claims that the Israeli Embassy in Washington was (and perhaps is) heavily bugged, with U.S. officials closely listening. This is not a new practice, as anyone who visits Washington’s spy museum quickly discovers. Interestingly, when Beijing was constructing its embassy a few years ago, it took such great pains to avoid being bugged that it imported all of its laborers from China and housed them in temporary purpose-built dormitories on-site.

So my question is: in the Washingtonian world of embassies, are China and Israel geo-diplomatic neighbors because they are both equally important to the U.S. government? Or are both equally suspicious? And should a security guard at the Israeli embassy be more worried about me – an Israeli-American working for a Chinese government media outlet – being tempted to reveal state secrets (as if I have any)? Or should I be more worried about him having contact with some questionable folks in Washington?