Palestinian legal scholar Noura Erakat proposes a different, inclusive vision that guarantees justice and dignity for all oppressed groups in Israel and Palestine. 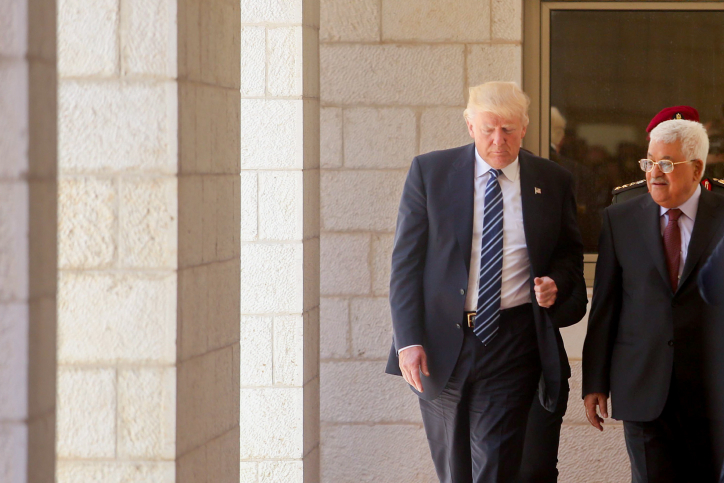 Israel has been able to leverage international law to its advantage much better than the Palestinians, says Noura Erakat, Palestinian legal scholar, human rights activist and author of Justice for Some: Law and the Question of Palestine, on the latest episode of The +972 Podcast.

In the book, Eraka proposes understanding it as another tool used to promote a political agenda. “The law is politics,” says Erakat. To explain what she means, she gives the analogy of the law as a sailboat: “You cannot move on a boat without a sail, but the sail is not enough. You need wind in order to propel it, and the direction of the wind is actually the political movement that we create.”

Below are excerpts of the interview.

Can the law be beneficial to the weaker parties without a revolution? Basically, without upending the existing political order? Can the law be an effective tool for oppressed people like the Palestinians?

“Absolutely,” says Erakat. “We, the weak, can be powerful even though that’s not the status quo. What that makes imperative upon marginalized groups, weaker groups, oppressed groups, colonized peoples, indigenous peoples, racial minorities, and so on, is the ability and the will to organize.”

Do you think the rights-based approach has mistakenly led people to believe the answer lies with the law?

The rise of the rights-based approach “came as a corrective to a politics-only approach that had begun in the aftermath of Oslo,” explains Erakat. “One of the conditions of entering into Oslo that was placed upon the PLO is that they actually surrender all of the [legal] claims that they had made,” she adds.

Now, “the language of law takes up a disproportionate amount of space,” says Erakat, “because there is no political framework with which to entwine the rights-based approach.”

You talk about how the Zionist national project, creating Israel, was a way for the founders of the Zionist movement to seek acceptance and approval by Europe, as a way of proving that they can govern themselves in order to be more integrated, more accepted as European citizens. How would you say Israel’s Western-facing outlook or aspirations affect Palestinians. And do they affect Jewish Israelis as well?

“Zionism was was meant to correct and respond to the exclusion of Jews from whiteness in Europe,” says Erakat. “The Zionist movement doesn’t respond to this by tackling white supremacy, but instead internalizes it.”

Citing the work of Ella Shohat, an American cultural studies scholar, she describes how in order for Arabs Jews to become Israeli, they had to dissociate themselves from their Arabic language, history and culture; “all those markers of being part of the Middle East.”

You’re proposing we look at this as a racial justice struggle.

“So that we don’t just see, you know, an Ethiopian Jewish Israeli, murdered by Israeli police and react to that and say well, they’re settlers too. Okay, we got that, we know they’re settlers. But they’re not just settlers. They’re also stratified within a white supremacist project within Israel from which we, Palestinians, are excluded.”

You’re suggesting here that we completely upend the alliances and the narrative that we have told ourselves for some years.

“I don’t think it has to be a complete appending of it but I think that it could be more complicated. I think that we as Palestinians should be thinking about why Israel shouldn’t deport 12,000 African asylum seekers back to sure death. We should be the ones having that conversation and having a response to it. We, the ones who are struggling for the rights of refugees and for asylum and for safety and for future, should have something to say about this.”

“What is it that we can think about our condition that is not just about us as Palestinians, but that is emblematic of our struggle, of so many struggles in the world?

Israel seems to have understood early on just how malleable international law can be. Has the Palestinian leadership missed that? And do they even stand a chance in this front?

“Can the Palestinians use the law effectively? Absolutely. But it means that they have to understand the politics, and I think that the Palestinian leadership at present has basically placed itself in a sovereignty trap. That trap makes their eligibility for independence contingent on the approval of the settler-sovereign who only responds to them by awarding them incremental autonomy. And so they’re stuck in a constant cycle of proving to the Israelis, we can police ourselves.”

“And all we have gotten in response to this to this kind of, you know, proving eligibility is less space, less respect and less prospect of ever being independent. We’ve put ourselves in this trap.”

Can Palestinians achieve self-determination without that, though? Without this goal of having a state?

“Absolutely. Self-determination is not narrowly defined as having a state.”

“But the other question here that I thought you were actually going to ask me is, can Palestinian still effectively achieve a state? And then how is it that they use the law?”

“Number one, I don’t think a state is you know, even if that it is the aspiration right, if we just want to stay in the West Bank and Gaza, we must, we must, we must annul Oslo. Because it’s not the failure to abide by the peace process, it’s in fact the terms of Oslo that have enabled Israel to achieve as much as it has to the present.”

“Number two, we have to challenge the U.S. head-on, as a pillar in the geopolitical obstacle that the Palestinians face. They are not a third party. They are a party and part of the subjugation of Palestinians and they must be challenged head-on in order to recalibrate the balance of power.”

“And then number three is the idea that, even if you want statehood, you must pursue a decolonial struggle.”

“It’s not about whether or not [Jewish Israelis] get to stay, it’s about in what capacity do they stay. If they stay as masters, if they stay as, you know, what they claim as natives to the land, it’s impossible. It’s an incommensurability between their existence and ours. Which is why they describe Palestinian demography as an existential threat. I mean, they’re very explicit about this, right? So part of our decolonial project is to change that native-settler relationship.”