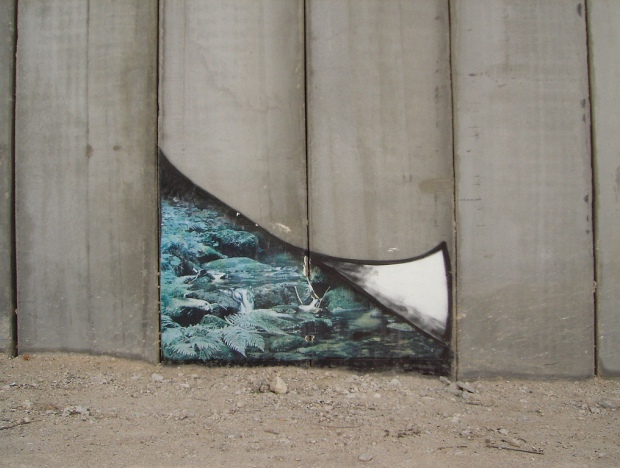 Lara Friedman, director of policy and government relations for Americans for Peace Now (APN), writes in the forward against even talking about the one-state solution:

Anti-Zionists and some post-Zionists imagine a Palestinian-majority, secular, democratic state; some Israeli right-wingers envision Israel annexing the West Bank, using ploys to disenfranchise its Palestinian residents and finally getting rid of Gaza.

Those of us who care about the future of Israel and the Palestinians should be doing everything we can to capitalize on this realism and to realize the two-state solution, before the opportunity is truly lost. And we should be pushing back hard against casual talk about post-two-state paradigms — because the “alternatives” are just illusions.

I respect Peace Now’s work on the settlements issue in Israel, as well as APN’s lobbying for a more firm US approach towards Jerusalem (Lara Friedman herself is doing a great job on this issue). However, their insistence on regarding the two state solution as the only possible one is both mistaken and counter productive, even with regards to their own goals. Now more then ever, when the US is forcing the Palestinians to negotiate even when the two sides can’t agree what to talk about, it’s essential we discuss other approaches.

To me, it’s clear that even if you oppose it, the one state solution frames the debate better. The essential problem for the Palestinians in the West bank and Gaza is the lack of human and political rights, not the absence of an independent state. There are many ethnic groups in the world that are not independent, but he Palestinians are the only people without citizenship (not to mention under military rule). In the current international system, where rights go hand in hand with citizenship, this has a tremendous effect on their life. The Palestinian problem, at its heart, is a civil rights issue disguised as a diplomatic problem. An independent Palestinian state is a possible solution to this issue, but it’s nothing more than this.

Discussing the one state solution is essential, because is reminds Israelis that their choice is not between the status quo and two states, but between a joint state and ethnic separation. Right now, many Israelis might understand that, but it’s not a notion that shapes their political behavior.

“…Still others are adopting a ‘variation-on-the-status-quo’ approach. They suggest that the current situation can be tweaked to be bearable for both sides, until Israelis and Palestinians evolve to the point where a permanent, conflict-ending agreement is possible. This idea is disconnected from reality.”

But the status quo is exactly what Israelis have been choosing for decades now, and will continue to choose as long as they can, because the cost of retreating is simply too high in the eyes of most of them, whether from security reasons or from ideological ones. In other words, faced with a choice between dismantling the settlements and leaving the West Bank or doing nothing, Most Israelis, and above all their leaders, will probably take the latter. On the other hand, if there was a clear choice between one or two state, things could have been different. So even from APN’s perspective, talking about one state might carry real political benefits.

Like many in the Israeli Left, Lara Friedman praises the Oslo agreement and deems the one state solution as something that will promote violence and prolong the conflict. But in the last two decades, it’s the two state paradigm that led to bloodshed. After Oslo ended in the second Intifada and the Gaza withdrawal resulted in Cast Lead, what guarantee we have that the next round will be better? Yet the one state solution is still considered the dangerous one.

Here is just a thought: imagine the Israeli left had spent the time it argued for separating the two societies in fighting against the military laws enforced in the West Bank, and demanding the Palestinians to be tried in civil courts. Wouldn’t that have made the life of Palestinians – and ultimately, Israelis – much better?

This leads me to the most important point, which is the false tendency to see the solution in binary, mutually exclusive, terms. It’s not either the one-state solution or the two states. It could actually both, or neither. We could have a federation or one state with two parliaments, or a federal system, or a regional one. The two states could be a faze on the way leading to a joint system, or the other way around – we could have a civil rights campaign that will lead to the Palestinians gaining individual political rights, and only after that collective ones. That’s the power of looking into the problems in terms of people’s rights (like the one state solution suggests), rather than states’: a whole variety of ideas opens up.

Personally, I don’t consider myself either a two-state or a one-state person. I oppose the status quo, and I want to explore all other options.

After my Haaretz piece on the growing support for the one state solution in the Israeli right was published, I got many responses, both from Israelis and Palestinians. Curiously enough, the only person to criticize me from the Israeli right was one of those opposing the one state solution whom I talked to (he argued that his views were misrepresented in the article). Even more surprising was the fact that the Palestinians I heard were actually pleased with the piece. They didn’t share the settlers’ vision of one big Jewish state, but nevertheless, they tended to see it as some sort of recognition of their problem, and ultimately, a step in the right direction.

When I talked to Saeb Erekat, the head of the Palestinian negotiating team, he expressed his commitment to the two state solution, but he didn’t rule out the idea of a joint state. “I am ready to talk about it,” he said, and made it clear that the real problem is the occupation, not the nature of the solution. In a phone call from Gaza, the PLO’s Sufyan Abu Zaydeh expressed similar ideas.

The only real opposition my piece got was from the Jewish left. A torrent of articles, letters to the editor [Hebrew] and comments came, calling the rightwing people I interviewed “frauds”, questioning their motives and blaming me for asking them the wrong questions. Reading these comments, I started suspecting that at least some of these supporters of the two states solution never had the Palestinians’ freedom in mind, but something else completely.