Put aside the details for a moment. The nuclear deal signed in Vienna today will force Iran to act through diplomacy, not violence. The other option? A nuclear Iran that acts recklessly and orders strikes on Western targets. 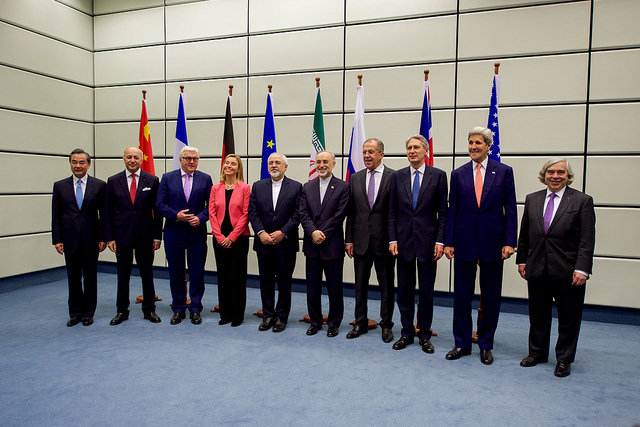 The decision to sign a nuclear agreement with Iran this morning was the right one. At the end of the day we can only take one of two paths: either we go the way of diplomacy, or we go to war. Either a path through which Iran becomes part of the international community, or it is pushed out using sanctions and isolation.

We must, of course, discuss the details of the agreement: why will inspectors only be allowed arranged visits to Iran’s nuclear facilities? Does the agreement adequately prevent Iran from obtaining a nuclear bomb in the future?

But even if Iran does obtain a nuclear weapon at some point, it is not insane enough to use it. Iran is not a suicidal country. Even Netanyahu’s closest associates say that Israel is not actually worried about nuclear annihilation. That isn’t the issue.

The issue is Iran’s position as a regional superpower, not to mention a global energy superpower. Israel’s worries stem, first and foremost, from the fact that the U.S.-Sunni alliance (led by Saudi Arabia, Egypt, Jordan and Turkey, among others) is a comfortable one for Israel — one that does not threaten it and fights its enemies. Iran, on the other hand, leads the Shia axis, supports Hezbollah, Assad and the Houthi rebels in Yemen, and is increasingly influential in Iraq. As an accepted member of the international community, Iran’s power in the Middle East will only grow. That is what threatens Israel.

Iran’s legitimacy, however, will not grant it carte blanche to act recklessly. It has signed an agreement with six world powers, according to which problems will now have to be solved through diplomacy. The truth is that the more isolated Iran is, the more likely it will act however it wants, including by ordering Hezbollah strikes on Israel as a means of attacking the West (just as the U.S. and the Soviet Union manipulated Israel and the Arab states during the Cold War). An Iran that is integrated into the world economy and diplomatic system, on the other hand, is an Iran that knows its decisions carry a price. It is well aware that the sanctions regime, from which it has suffered, can return at any time.

.S. Secretary of State John Kerry sits across from Iranian Foreign Minister Javad Zarif on June 30, 2015, in Vienna, Austria, before a one-on-one meeting amid negotiations about the future of Iran’s nuclear program. (State Department photo)

The nuclear agreement is itself a choice to engage in dialogue (even if it has been forced on Iran through years of sanctions), while leaving the door open for future discussions. These could potentially strengthen both the local and international alliances against ISIS, for instance.

1. Israel/Palestine: We must wonder what kind of effect the agreement will have on the Palestinians. On the one hand, a stronger Iran-U.S. relationship may weaken Washington’s obligations to Israel and could potentially put more pressure on Israel to reach a peace agreement and end the occupation. Iran, by the way, was a supporter of the Saudi-led Arab Peace Initiative, which would include a peace agreement between Israel and the Palestinians that would result in normalized relations with the Arab and Muslim world. Although Iran had its own reservations regarding the plan, its tepid support should not be taken lightly.

On the other hand, it could be that Iran’s integration into the international community will actually lessen its interest in Israel/Palestine, which in any case was mostly used for internal political needs and as a tool for international leverage.

Read: If deal fails, we can kiss Iran’s moderates goodbye

3. Hypocrisy: Every discussion of Iran includes a blind spot that must be discussed. We speak about whether or not Iran will be “allowed” to act a certain way, or whether or not it is “legitimate,” “trustworthy,” or “democratic” enough. There is a great deal of hypocrisy in taking this position.

The United States has and continues to support corrupt and murderous regimes across the world, and it is the only country that has ever dropped an atomic bomb on a civilian population. The European Union continues to enjoy the fruits of colonialism and the enslavement of countless nations, while also supporting tyrannical regimes in Africa and Asia. Israel has also historically supported dictatorial regimes, including the Shah in Iran, Apartheid South Africa, and the current Eritrean government.

Why are all these countries deemed moral authorities that can judge Iran from on high? Yes, Iran is a tyrannical country that flaunts human rights and supports terrorist organizations. So is Saudi Arabia, America’s closest ally in the Middle East. The global political field is ugly any way you look at it, and it is in need of fundamental, democratic reform.

4. We must all strive to create a Middle East (and world) free of nuclear weapons. Presently, according to foreign reports, only one country in the Middle East has nuclear weapons: Israel. According to those same reports, its facilities go un-inspected by the international community, and it is not a signatory to the Non-Proliferation Treaty. If we want a nuclear-free Middle East, we must start by looking at ourselves.