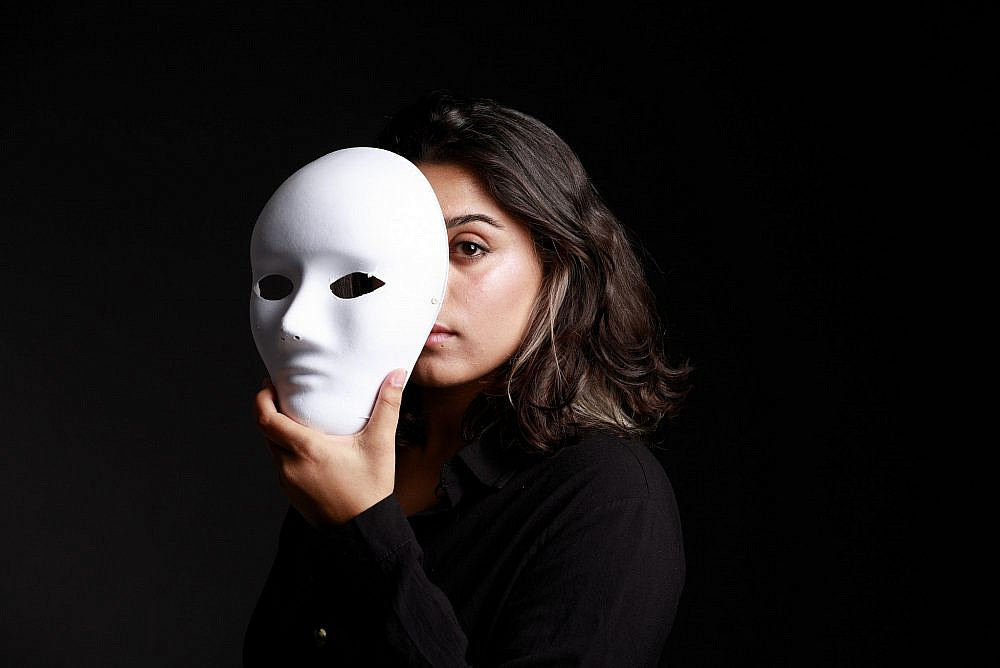 Sixteen years after Nur Garabli attended her first dance class, she was getting ready to go on stage to perform her own show — an opportunity she had worked tirelessly for. The act explores the complexity of her identity as a Palestinian citizen of Israel living in Jaffa, and particularly the gap in the lived realities between Arab-Palestinians and Jewish-Israelis.

“I know everything about Israeli culture, about the customs and holidays, but the other side knows nothing about me,” she said.

To reflect this disparity in the performance, Garabli would say a word in Arabic — mainly curses, the extent of many Jewish Israelis’ engagement with the language — and ask the audience to repeat it. She describes it as an Arabic lesson: she is the teacher, and the audience her students.

“People express themselves in many ways,” said Garabli, a 25-year-old dancer, choreographer, and dance teacher combining contemporary dance with traditional Palestinian styles like dabke. “I do so through dance. My movements tell a story, my story.”

Garabli’s act is titled “HaKovshim,” Hebrew for “The Conquerors” or “The Occupiers.” The inspiration for the name came to her when she passed a street of the same name on her way to college in Tel Aviv. “I could not believe my eyes,” she exclaimed. “There is actually a street with this name.”

Her performance was part of the Akko International Fringe Theater Festival, which took place in late September. Neta Meidan and Shaked Shneller produced and directed the show, with music by Omer Boulanger Cohen.

Though Garabli tackles the political weight of her identity in her work, she does not see her participation in Israeli institutions as a problem. She has previously been involved with projects at the Suzanne Dellal Center, a leading cultural center in Tel Aviv; following her success with “The Occupiers” in Acre, Tmu-na, a community theater in Tel Aviv, invited Garabli to perform on its stage. “I pay taxes like everyone else, and so I deserve to enjoy budgets as every artist does,” she said. 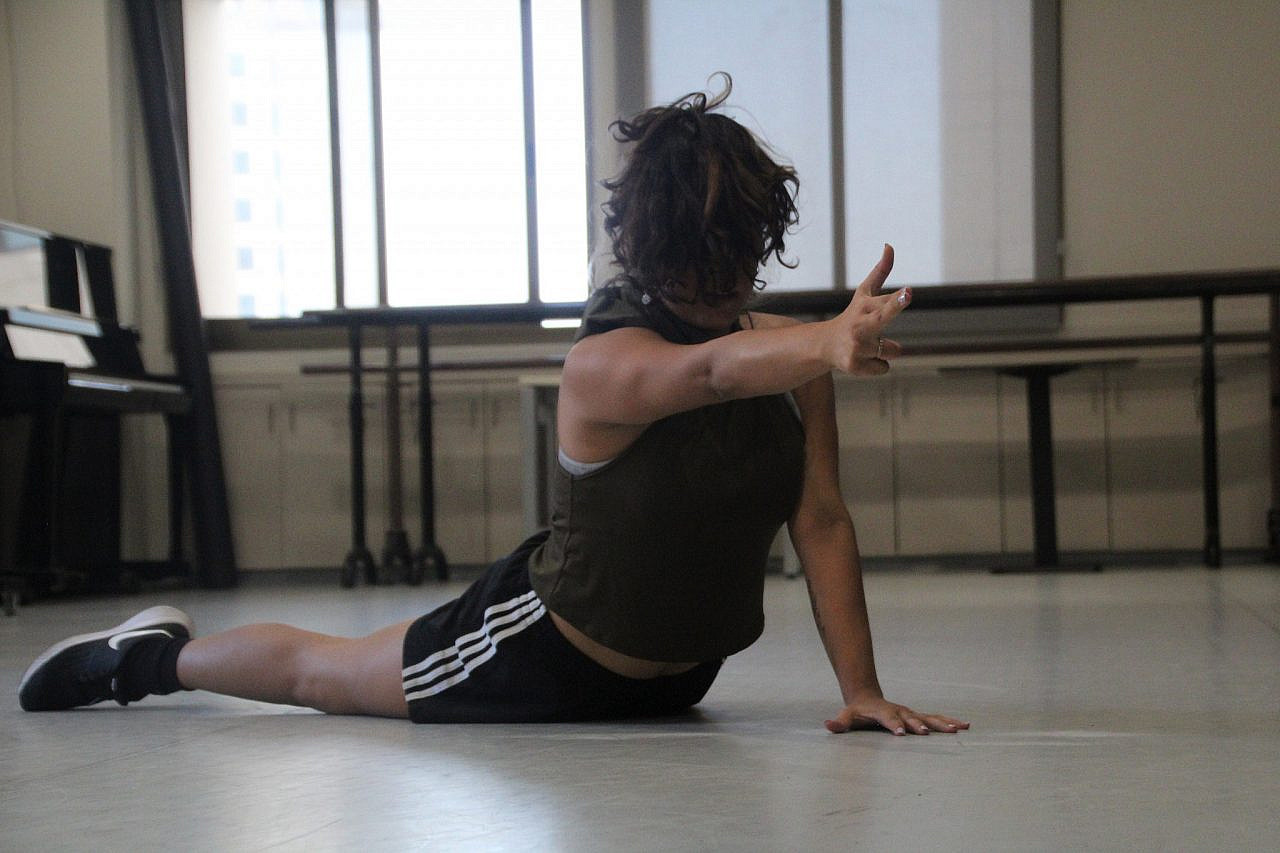 Garabli grew up in the Ajami neighborhood of Jaffa. The city made headlines this year after residents organized mass demonstrations to protest increasing gentrification, which has taken on an ethnic dimension as Jewish buyers displace Palestinian families who can no longer afford the rent on the homes they’ve been living in for generations.

“I used to be able to see the sea from my home,” Garabli said. But today, with high-rise apartment buildings in the area, “it is impossible.”

As a child, she used to witness drug deals taking place in the open in the neighborhood. Now, it’s different, she admitted: “I’m not sure if it’s because I got used to it, or because there’s really a change.”

When Garabli was three months old, her father abandoned the family and emigrated to the United States. Her mother then raised Garabli and her twin sister alone, while setting up her own business. “This is not the plan my mother had,” said Nur. “She got married at a relatively late age, 26, and had one goal: to have children. And it did not go smoothly. After four years of fertility treatment, she got me and Yara.” 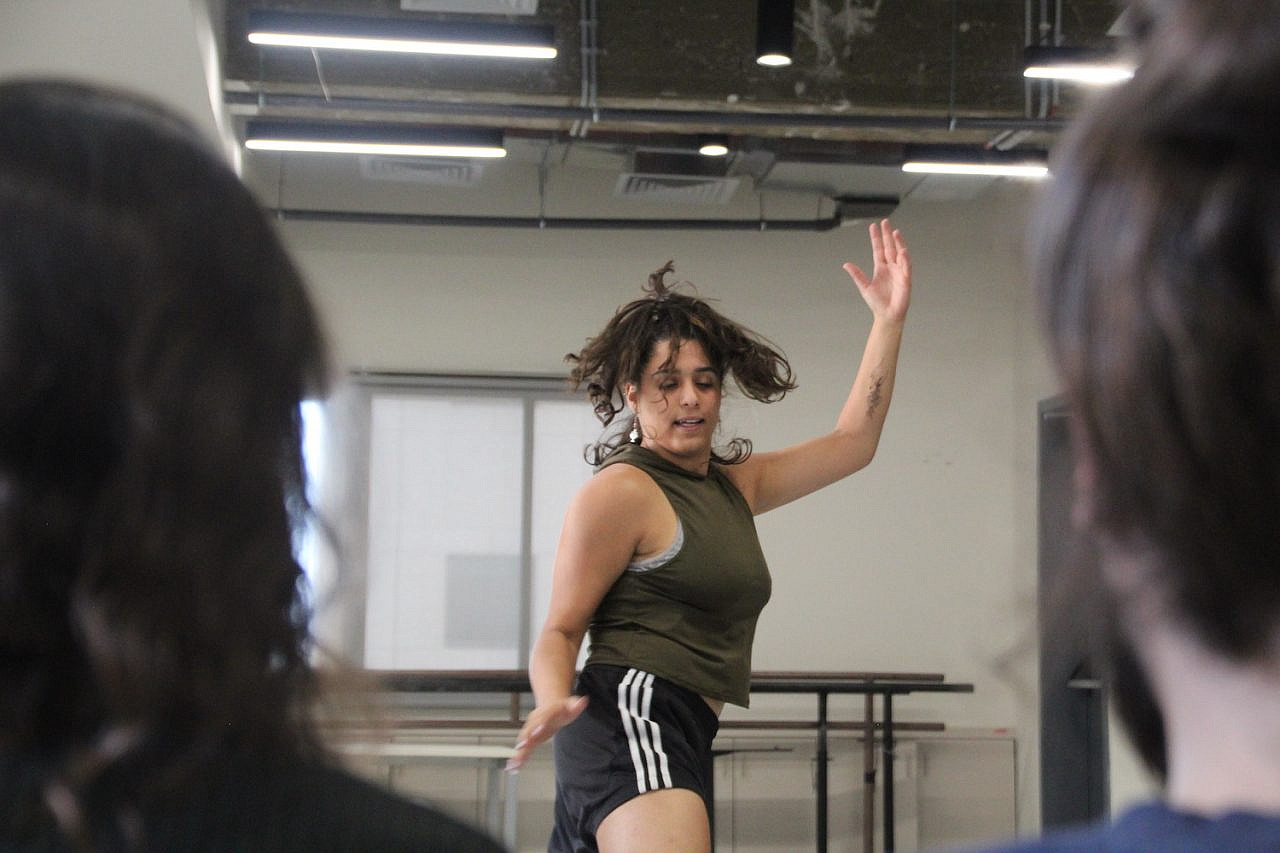 The three form a special bond, she said, with her grandmother completing the picture of a home environment of women who trust each other and support themselves. For Garabli’s mother, a good education was a priority, so she sent her daughters to private school. But already by elementary school, she could no longer afford the tuition, and Garabli and her sister had to transfer to a public school.

When Garabli’s mother enrolled her in a dance class at the local community center as a child, it was out of concern for her health. “Our family has a predisposition to obesity, and mother really wanted us to learn how to be disciplined,” said Garabli. “That was very important to her.”

In Jaffa, dance lessons were a privilege that not everyone could afford, she noted. There was also a social imbalance to the classes: the teachers were Jewish Israelis who did not speak Arabic or understand local norms, whereas most of the students were Palestinian citizens.

This power dynamic became a pattern throughout Garabli’s life. In 2015, Garabli enrolled at the Kibbutzim College of Education, Technology, and the Arts to obtain a bachelor’s in education. She was 19, engaged to be married, and inclined to avoid conflict as much as possible. Her classmates were older Jewish women, who were either married, expecting children, or had traveled around the world following their army service — and the gaps were noticeable. Garabli remembers this as a challenging time: she was withdrawn, struggling to blend into the crowd, and evading confrontations to remain at peace with her surroundings.

Leaving dance behind for the lecture hall was another test for Garabli, who, along with her twin sister, is the first to go to college in her family. She recalls visiting ballet lessons at the college in between her classes, which led her to reevaluate her decision to study education.

Eventually, she mustered up the courage to tell her mother that she wanted to follow her heart and study dance. Her mother was accepting of the change, but still encouraged Garabli to work toward an academic degree. She expects to graduate this year. 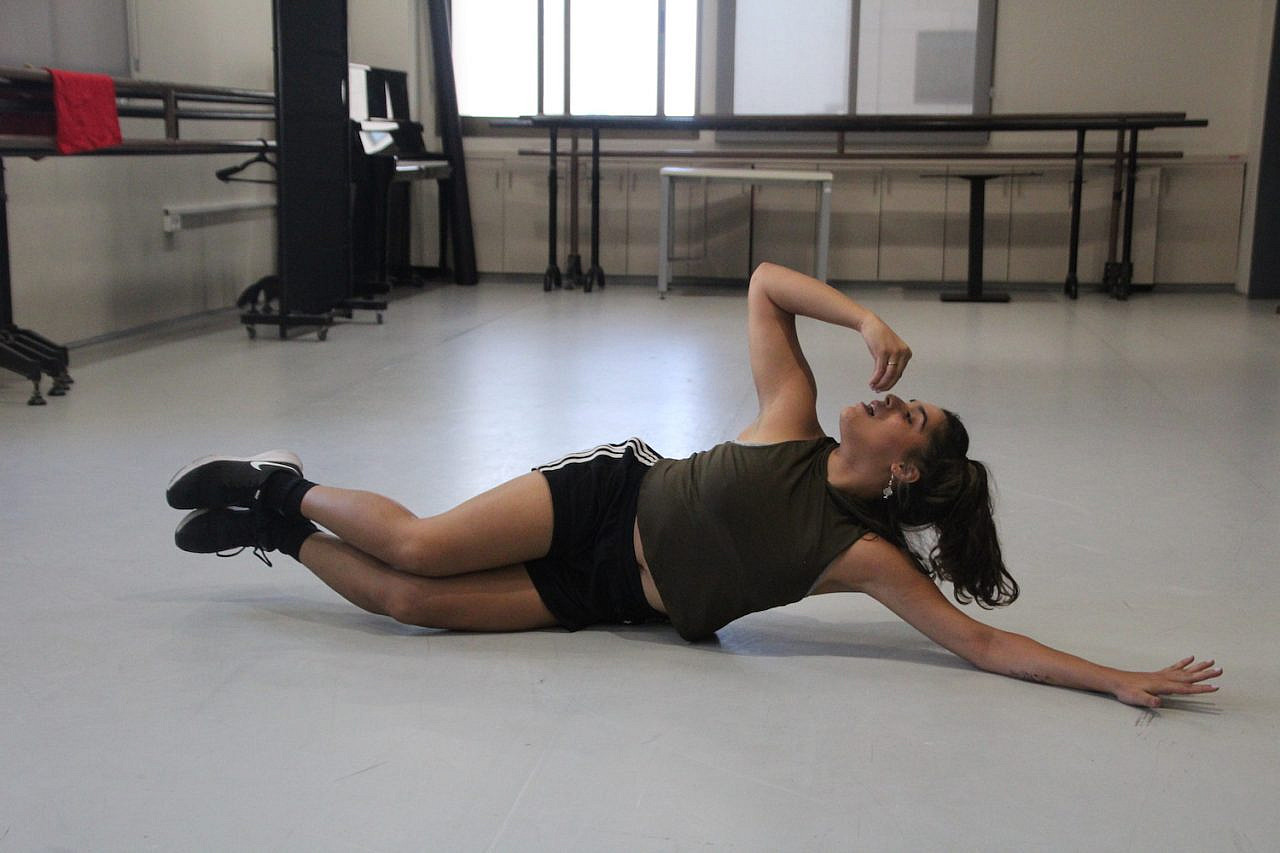 According to Garabli, who comes from a traditional Muslim family that prays and fasts during the holy month of Ramadan, many among the Palestinian community in Jaffa do not approve of dancing as a profession. Dance is considered a temptation, and women moving their bodies in such a free way can “damage” their reputations.

Moreover, given that the community is heavily focused on its survival, advocating for affordable housing, and mobilizing against gun violence and police brutality, many Palestinian residents view artistic activities as an indulgence, Garabli explained. This, she added, is why relatively few Palestinians attend cultural events like hers.

In many ways, Garabli is a pioneer in her field — and this is what brought her to the Akko Festival. The break came after a tough year, she said, having spent most of 2020 on furlough due to the coronavirus pandemic.

But the struggle also offered her clarity: being stuck at home with nagging thoughts and no financial security helped her understand that she needed to be more flexible, and as prepared as possible for situations in which she has little control. Mostly, it made her realize the importance of having an inclusive and supportive environment. She dreams of one day performing in Jaffa for her community.