Democratic Congressman Jerry Nadler, of the 8th district of New York, wrote a letter to Israeli Ambassador Michael Oren on Friday about his concern over vandalism of the Jewish cemetery on the Mount of Olives in Jerusalem.

I am writing regarding Har HaZeitim (the Mount of Olives) the sacred site in East Jerusalem where Jews have been buried since biblical times, and where a number of my constituents’ family members are buried. According to my constituents, who recently visited Jerusalem as part of the group the International Committee for the Preservation of Har HaZeitim, a number of gravestones throughout the cemetery and in areas where their family members are interred have been badly damaged or vandalized.  I have also been told by my constituents that some visitors have endured stone-throwing and other incidents of violence.  This is of great concern to me, as it is very important that those who visit this site are safe.

Congressman Nadler is right to be concerned – but he is omitting/missing some vital information. The cemetery, which is just paces away from the Dome of the Rock and in the middle of the Palestinian neighborhood of Ras al Amud, is adjacent to one the most contentious Israeli settlements in East Jerusalem: Maale Zeitim. (“Olive Hillside”) 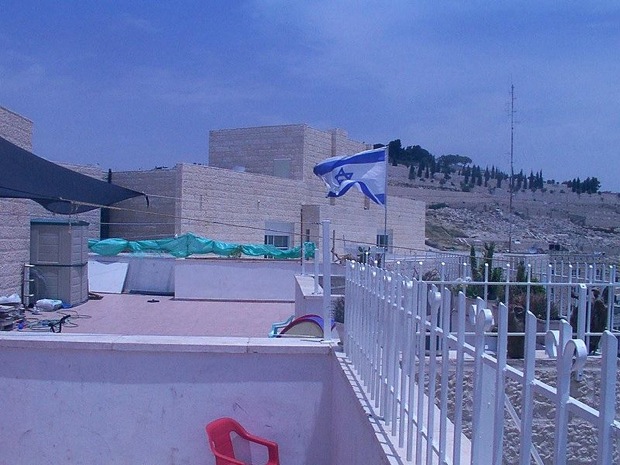 Maale Zeitim is a residential complex owned by Irving Moskowitz, the same wealthy tycoon who owns the Shepherd Hotel in Sheikh Jarrah. It was sold to him by Hasidic seminaries in the 1980s, who claimed ownership of the land in the 19th century and won a long legal battle with a Palestinian family under whose name the land was registered during Jordanian rule of East Jerusalem. Permits to build in Maale Zeitim were only granted in the late 1990s, since before then, national and municipal government policies in Jerusalem largely avoided construction of settlements in the heart of Palestinian East Jerusalem, and rather focused on building neighborhoods on hilltops and open areas surrounding Jerusalem (such as Gilo, Pisgat Zeev and Maale Adumim).

In his letter, Congressman Nadler asks Amb. Oren what he plans to do to make sure this area is safe.

I would greatly appreciate it if you could tell me what steps are being taken in terms of securing the area, what the timeline is for these measures, and what is being done in the interim to ensure that visitors are safe.  It is in all of our interests to make sure that this site, which is of the utmost importance to so many Jews in my district and around the world, is protected and secure from attacks and vandalism.

To Congressman Nadler’s request Amb. Oren will likely respond by assuring him that Israeli authorities are taking all measures necessary to increase their control of the area, which just happens to be one of the most sensitive sites in the Israeli-Palestinian conflict and paces away from where the Second Intifada began.

I doubt he will mention the fact that dozens more housing units are now under construction in Maale Zeitim, or that just across the street, a new settlement called Maale David is being built, which is slated to connect to Maale Zeitim, together making them the largest settlement in East Jerusalem.

What Congressman Nadler should have added in his letter to Amb. Oren, is his concern and disdain for Israel’s reckless and disingenuous policy in East Jerusalem, which is directly responsible for endangering the lives of Israeli citizens and all the residents of the city, not to mention further deepening the reality of an apartheid state, where two different systems of law and two different planning policies are implemented for Jews and Palestinians. Better yet, Congressman Nadler should have also directed his complaints at Irving Moskowitz, who, from his comfortable Florida home, is watching Jerusalem go up in flames.