Imagine that the ‘New York Times’ published an op-ed defending the segregation of white and black schoolchildren at an American amusement park. That’s more or less what happened in Israel recently.

This article was originally published on the Daily Beast’s Open Zion blog on June 14, 2013. 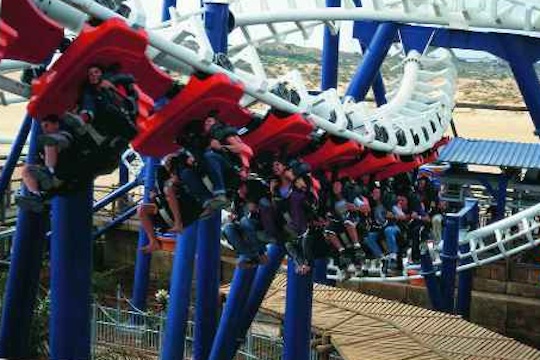 Imagine that Six Flags Great Adventure, a New Jersey adventure park, quietly instituted separate days for black and white schoolchildren. Exposed by the media, the management claimed they had acted in response to complaints from some white parents about the behavior of the black children, saying they behaved badly and cursed at the white children. Senior government ministers, including President Obama, said they were outraged and suggested the incident merited an official investigation. And then a white person wrote an op-ed defending the Six Flags management’s decision. In an article saturated with links and references to right-wing media outlets like Fox News, the Washington Free Beacon and the Drudge Report, the white author claimed that Six Flags’ policy was not racist. And the New York Times published the piece.

A variation of this scenario happened in Israel recently, when local media exposed the Superland amusement park’s policy of segregating Arab and Jewish schoolchildren. The mainstream media and the government, including right-wing Prime Minister Benjamin Netanyahu, were outraged. But Shmuel Rosner, a journalist who lives in Tel Aviv, defended the management’s policy in an op-ed for the New York Times, on the International Herald Tribune‘s Latitudes Blog. According to Rosner, the policy is not an expression of racism, but rather pragmatism that reflects a regrettable reality.

Rosner explains that Superland’s management is just trying to “prevent trouble” between Jewish and Arab kids who behave badly toward one another. This is the same argument that elite American universities like Harvard made for imposing quotas on Jewish students as recently as 50 years ago. The deans justified their policy by explaining that letting a department fill up with Jews would exacerbate anti-semitism, so by limiting the number of Jewish students they were actually protecting them.

Rosner cites statistics showing that a majority of Israel’s Palestinian-Arab citizens see the country as a “foreign imprint in the Middle East” and that “more than half of Israel’s Jews were ‘not ready to have an Arab neighbor‘.” Leaving aside the relevance of these polls to schoolchildren out for a day at an amusement park, one would think the lesson to draw from such expressed hostilities is that much more needs to be done to impart respect, tolerance and equal rights. But Rosner makes no such case. Instead, he is content to conclude that when it comes to Arabs and Jews, “the mix can be a recipe for trouble.”

Given this logic, we wonder how Rosner can reconcile Israel’s existence in the Middle East and, more specifically, in the West Bank and East Jerusalem, where several hundred thousand Jews choose to “mix” with the existing Palestinian population. Perhaps he also supports the systemic discrimination against Arab citizens of Israel, who are allocated far fewer resources and job opportunities than Jews, as a means of perpetuating the separation of Jews and Arabs. Is he also a supporter of the state-funded Orthodox rabbis who called on Jewish landlords not to rent or sell to Arabs, or of the Israeli ad hoc groups that organize to prevent Jews from marrying Arabs? After all, we can’t have them mixing—there might be trouble.

As Rosner himself admits, Superland’s management did not create the “mutual contempt” and “tribal sensitivities” that informs their policy. But maybe a good starting point for dealing with these trends is to condemn the practice of segregation that has clearly become normalized in Israeli society. Instead of combating such discrimination, Rosner has chosen to manage it — and to justify it.

Related:
‘Superland’ and the normalization of segregation in Israel
West Bank and East Jerusalem buses are already segregated