In what seems to be an orchestrated campaign of detaining and deporting internationals, the IDF conducted targeted arrests during Friday demonstrations across the West Bank. 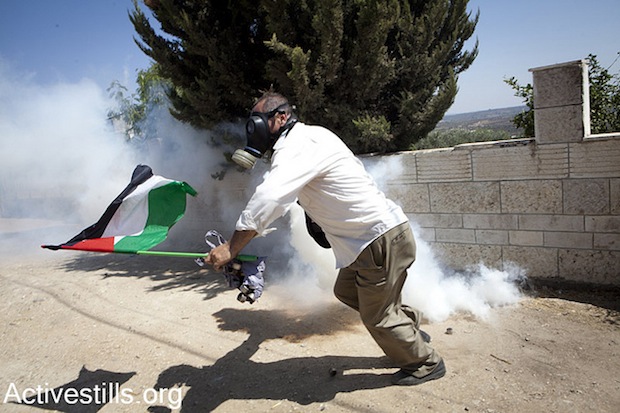 Demonstrator in Kufr Qaddoum (photo: Activestills)
Four Israeli activists and six foreign citizens, including a New York Times correspondent, were arrested this Friday in Nabi Saleh. The Israelis and the reporter were released last night after a short investigation. The international activists remain in custody and will most likely be deported. According to various reports, New York Times reporter Ben Ehrenreich was in Nabi Saleh to write up a story for the magazine, and  despite repeatedly showing IDF soldiers his press card and asking why he was being apprehended, he was detained for nearly 2 hours before being released without being told why. Ehrenreich is an acclaimed novelist and son of writer Barbara Ehrenreich. 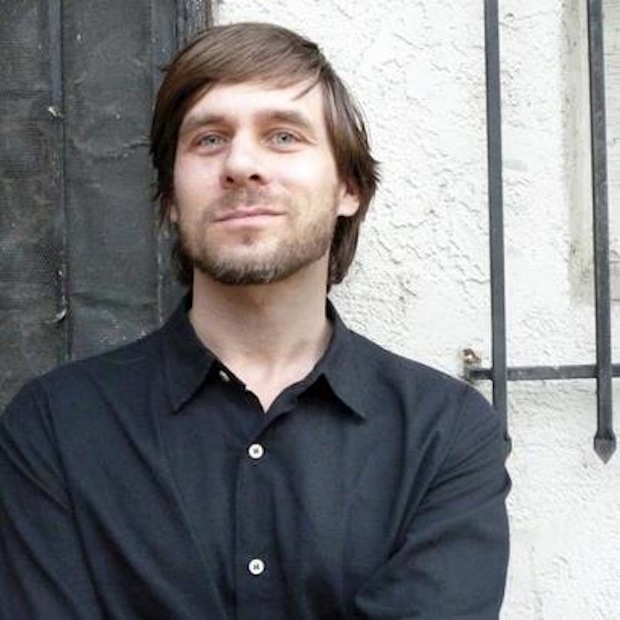 NY Times reporter Ben Ehrenreich after arrest in Nabi Saleh (photo: Tamimi Press)
Large army and police forces awaited protesters in the village. “We were surprised they didn’t start shooting right away, like the do every week” says PSCC spokeswoman Abir Kobty. “Then we realized they were waiting for us with handcuffs.”  Activists say the officers literally chased protesters on the hilltops, seeming particularly keen to arrest activists who they could profile as “international.” In addition to the targeted arrests, army forces raided the village, shooting tear-gas canisters and rubber coated bullets inside a residential area, and purposefully spraying the ‘skunk’ into homes. A glass door in one of the houses was broken by the foul-smelling water stream, causing injury to a boy who was standing behind it. 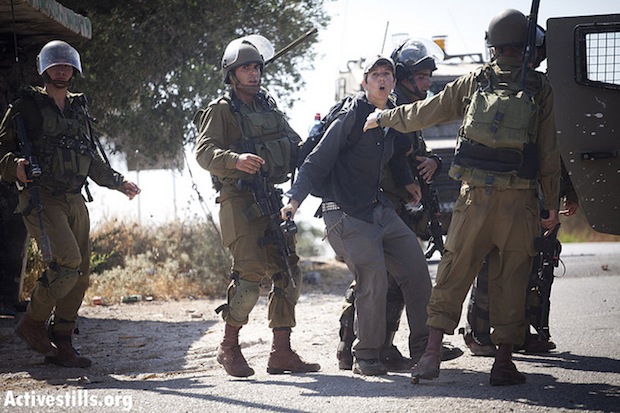 Weekly demonstrations against the Wall and settlements persist despite the scorching heat. Several injuries from tear-gas canisters and rubber coated bullets reported in Qaddoum and Bil’in.

Some 300 Palestinians and a handful of Israeli and international solidarity activists joined the protest in Kufr Qaddoum. The demonstration opened with speeches, following which the crowd marching towards the main road of the village. Without waiting very long and without any provocation, the army started attacking the march with tear-gas canisters and rubber coated bullets, as well as the ‘skunk’ water.  Large military units surrounded the village from all sides and continued shelling residential areas. Three people were injured and required medical treatment. 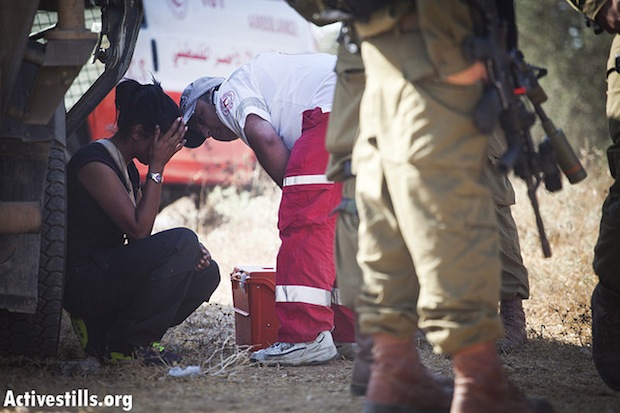 The protest in Ni’ilin started with a sermon and prayers on the land, following which the demonstrators marched to the gate in the wall. The army unit that was stationed on the other side of the wall used tear-gas canisters against the demonstrators, but did not make any attempt to cross the wall and conduct arrests.

In Bilin, demonstrators marched to the Abu Lamon grove and burned tires near the barbed wire protecting the wall. The soldiers reacted with a barrage of dozens of gas canisters, shot all at once, causing direct impact injuries to several demonstrators and journalists.