In a phone call held Sunday night, U.S. President Barack Obama told Prime Minister Netanyahu that there is a “strategic imperative” to reach an immediate humanitarian ceasefire based on the one agreed to in November 2012 after the previous round of fighting between Israel and Hamas.

According to Obama, the U.S. supports the Egyptian ceasefire initiative, as well as international efforts to bring about an end to hostilities, stressing that any solution to the Israeli-Palestinian conflict must include the disarmament of Hamas in the Gaza Strip. 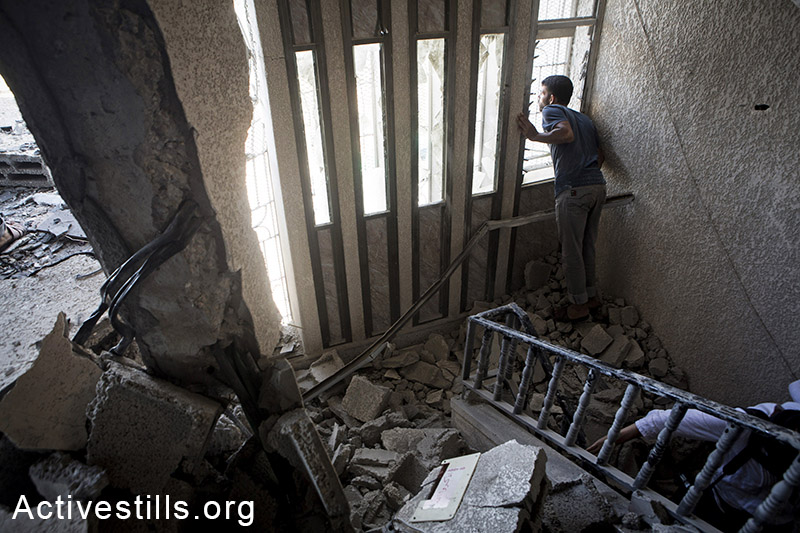 The call comes on the heels of a 40-hour humanitarian ceasefire that ended late Saturday night after rockets were shot from Gaza into Israel. The Israeli security cabinet voted to extend a humanitarian pause in fighting until midnight Sunday, as per the UN’s request, but insisted that the IDF continue to neutralize Gaza tunnels. A Hamas spokesman responded to the decision by stating that “Any ceasefire that doesn’t ensure that the IDF pulls out of Gaza and the evacuation of the injured is not acceptable to Hamas.” However, the organization later requested another humanitarian ceasefire, which the Israeli cabinet rejected.

U.S. Secretary of State John Kerry attempted to broker a ceasefire on Friday evening, although his proposal was immediately shot down by Israeli cabinet members who bashed Kerry for proposing a ceasefire which, in their eyes, served Hamas’ interests and betrayed Israel. According to Haaretz’s Barak Ravid, a top U.S. official called the reactions “extremely offensive. Mainly the charges that he betrayed our closest ally in the region – Israel.”

The official added that the draft proposal presented by Kerry to Israel was intended “for Israeli comments and input” as part of a coordinated effort by the U.S. and Israel to secure a ceasefire.

According to the Gaza Health Ministry, 15 Palestinians were killed by IDF fire on Saturday, and 53 others were wounded. According to Ma’an News Agency, Palestinian medics managed to recover 117 bodies on Saturday, since they had access to large areas that had previously been off-limits before the ceasefire. Since the beginning of Operation Protective Edge 1,034 were killed and 6,233 were wounded. Forty-three Israeli soldiers have been killed since the start of the operation, and hundreds have been wounded.