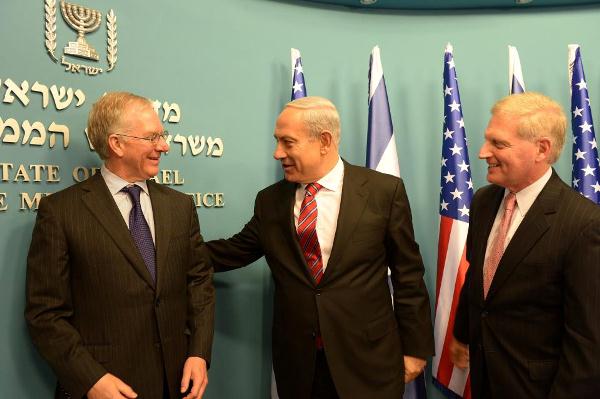 A few weeks ago, a well-known Israeli politician visited one of the large daily newspapers. During a meeting there, this person discussed his meetings with a top-level official in the U.S. administration. “Do the Americans know that the window of opportunity to influence Israelis ends on January 22?” the politician was asked. The answer he gave was somewhat positive.

It seems that the Israeli politician got it right: in an article for Bloomberg, Jewish-American journalist Jeffrey Goldberg quoted White House sources that blamed Israel for not knowing “what its own best interests are.” Goldberg went on to say that:

“The president seems to view the prime minister as a political coward, an essentially unchallenged leader who nevertheless is unwilling to lead or spend political capital to advance the cause of compromise.”

As one could expect, the item made the headlines in Israel, and this morning it is the front page story in every paper: Haaretz’s editorial is titled “Listen to Obama.” Yedioth Ahronoth, which is known for going after the Prime Minister personally, has turned Goldberg’s assessment into a direct quote from the president (“Netanyahu is a coward, he is leading Israel to destruction”).

Personally I believe that the White House’s move will not have any effect on the elections, or might even backfire. It betrays a certain misunderstanding of the Israeli political behavior, which is not unusual for the current administration. Just as Netanyahu’s support for Mitt Romney was incredibly unpopular with many Americans – even Republicans – a blunt attempt to influence voters one week ahead of the Israeli elections might actually rally many of Netanyahu’s supporters back to him.

Furthermore, Israelis have become used to the “verbal diplomacy” from Washington, much in the way the usual condemnations after each new settlement project are perceived as a political ritual which carries little meaning. The right is actually using those statements today as proof that words are never followed with actions, and that the world is learning to accept the new reality (Naftali Bennett, for example, makes this point exactly in a popular clip where he urges Israel to annex 60 percent of the West Bank).

The people such messages reach are the ones who are not voting for Netanyahu anyway. The prime minister’s coalition of national religious, orthodox, Russian immigrants and lower income Jews is much more indifferent to the nuances of American public diplomacy, and tends to view foreign powers as hostile to Israel to begin with. They might feel that at times when Israel is facing “a hostile” administration, a strong prime minister like Netanyahu, who has shown his ability to manipulate American politics, will actually serve Israeli interests better.

It is worth noting that one of Netanyahu’s election TV spots is titled “When Netanyahu speaks – the world listens.” Among other things, it shows the prime minister’s speech in front of a joint session of Congress, which won him 29 standing ovations. Netanyahu’s didactic and confrontational tone towards the world is not perceived as a problem, but rather as an advantage.