I can no longer remain silent as many in the Jewish establishment continue to support the occupation, publicly reject the Movement for Black Lives, and remain silent on Trump. 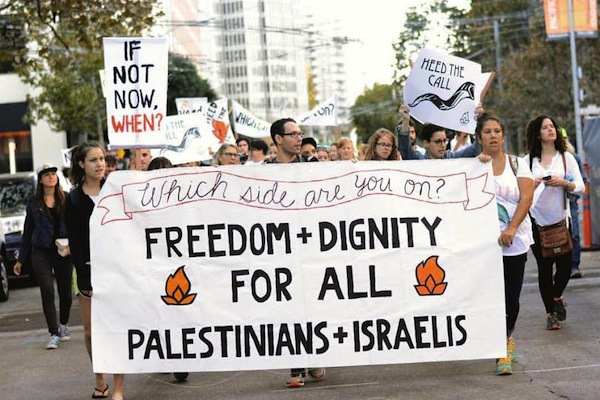 Four years ago on a 100 degree day, I sat on the porch of a home in Bethlehem while a Palestinian man named Samer pointed to the Israeli settlements that surrounded his home. As he spoke Samer fiddled with a small cross necklace I previously failed to noticed he was wearing. When he saw I was looking at the necklace, he paused and said with an almost alarming casualness: “This is for the checkpoints. The soldiers treat you better if they know you’re Christian rather than Muslim.”

To bear witness to the stark reality of Israeli rule over the occupied territories — the home demolitions, the settler violence, the lack of access to water and anything resembling a fair trial — is to become confronted with just how deeply the American Jewish establishment has failed.

As a young Jew, an anti-occupation activist, and an active alumna of Habonim Dror, AVODAH, Young Judea, the Reform Movement, and the Pardes Institute, I often find myself in spaces with all the trappings of “progressive Jewish values” — where community members and leaders either remain silent about or actively support the occupation.

I have, until now, remained committed to engaging with Jewish spaces and organizations. But despite my deep love of Jewish ritual and tradition, this year I fear I may have to leave my synagogue and the Jewish institutions that raised me behind.

This past year has been one of profound injustice. We have seen people of color murdered by the police at alarming rates with impunity. We have seen a resurgence of white nationalist rhetoric and policy ideas so heinous that our grandparents call us from Florida to tell us “we’ve heard this before.” In a year of so much pain, I turned to my Jewish community for solace and found only silence — or worse — deliberate action to maintain the status quo. This year support for the occupation crossed a dangerous threshold: it is now keeping American Jews from supporting the most important civil rights movement of our time, Black Lives Matter.

Recently the Movement for Black Lives released a visionary platform full of innovative policy ideas for addressing centuries of racism. In the platform they used terms to describe Israel’s occupation in a way that many Jewish organizations and individuals found painful. To say that I understand this pain is an understatement. I know that the experience of anti-Semitism so ingrained in the bodies of my grandparents and parents endures. That pain was there when my grandfather chastised my grown father for leaving a job, telling him “Jews don’t get to work at big companies. You may never get another shot.”

In the wake of the release of the Movement for Black Lives platform, the opposition of many Jewish organizations — and the silence of progressive organizations, many of whom had profoundly shaped my vision of justice — was stinging. The fervent, public opposition to Black Lives Matter was particularly stark considering how few Jewish organizations have publicly condemned Republican presidential nominee Donald Trump. What I found striking about reactions to the platform was what they demonstrated about the Jewish community’s support for the occupation. The Jewish community can no longer acknowledge the full depth of black oppression in this country, fearing that if they do they might reveal how black parents instructing their children to refrain from wearing hoodies around the police is eerily similar to a Palestinian parent instructing their child to wear a cross at a checkpoint.

This past year we saw too many in the Jewish establishment continue to support the occupation, publicly reject the Movement for Black Lives, and remain silent in the face of Trump’s rise. This coming year we will witness the 50th year of occupation, a new president, and a emboldened ultra-nationalist community in the United States. I can no longer sit silently in the back of a synagogue or give money and time to progressive Jewish organizations while our community ignores injustice. There is no better time to take action. 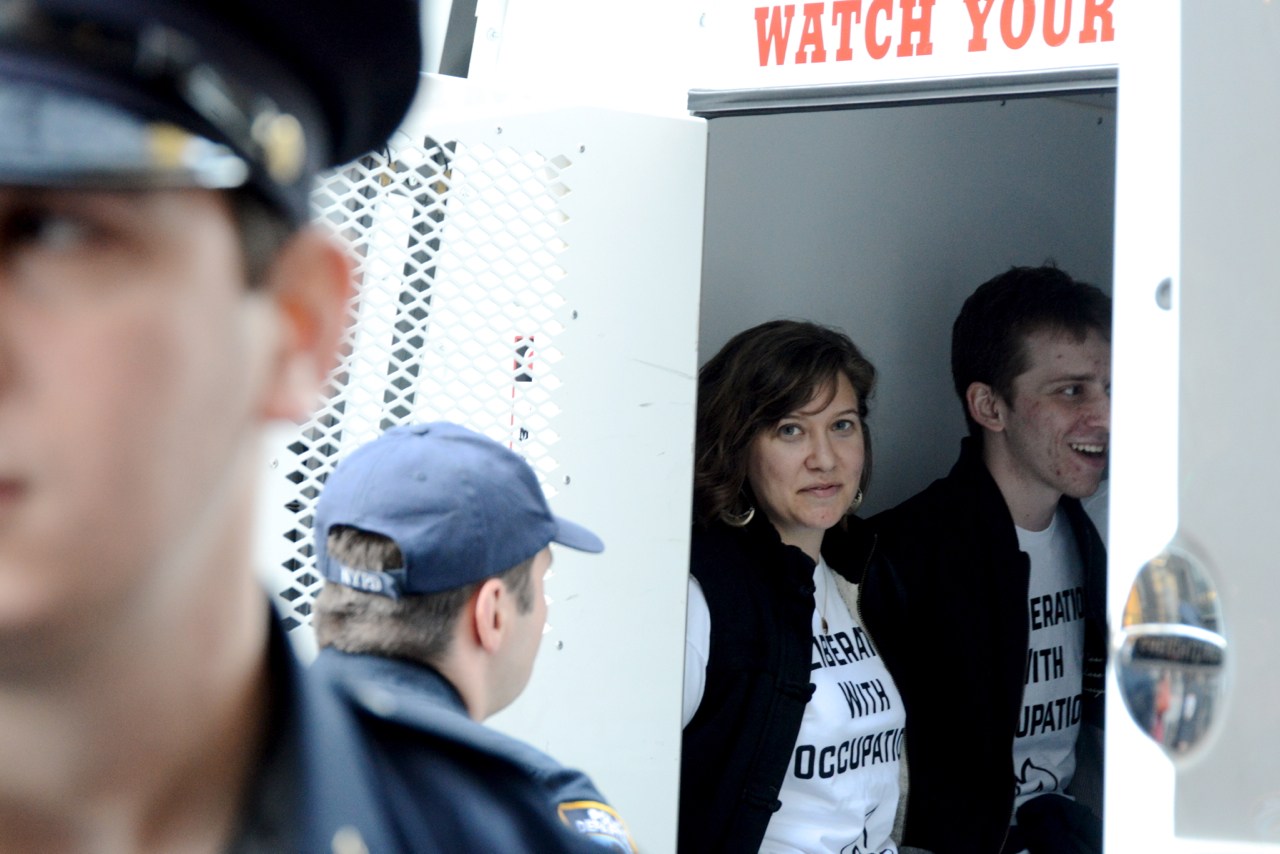 Between Rosh Hashanah and Yom Kippur, hundreds of Jews belonging to Jewish-American anti-occupation collective IfNotNow are gathering across the country to take part in the ritual of Teshuva, not only to repent, but to imagine a radically different new year, devoid of inaction and complicity in injustice. If Jewish organizations want me and fellow anti-occupation Jews to stick around for another year, they need to join us in condemning these transgressions and pledge to take action.

Reform rabbis who call for compassion toward refugees need to impress upon their congregants that Jews have been active participants in creating millions of Palestinian refugees. Progressive American Jewish organizations who claim to care about racial justice need to speak out about racist systems of oppression in Israel with as much fervor as they do domestically.

This year I am heeding the call of of the shofar and renewing my commitment to fight for freedom and dignity for all. Jewish establishment: Will you join me?

Jenn Pollan is a Brooklyn-based activist and a member of IfNotNow, a movement to end the American Jewish community’s support for the occupation and gain freedom and dignity for all Israelis and Palestinians. IfNotNow has chapters in New York, Boston, Philadelphia, Chicago, San Francisco Bay Area, Washington D.C, Philadelphia, and Los Angeles.