The phrase ‘Jewish terrorism’ has come up frequently over the past week. But aren’t the daily actions of the Israeli army also terrorism? And can radical settlers be considered terrorists if they share the convictions of the state? 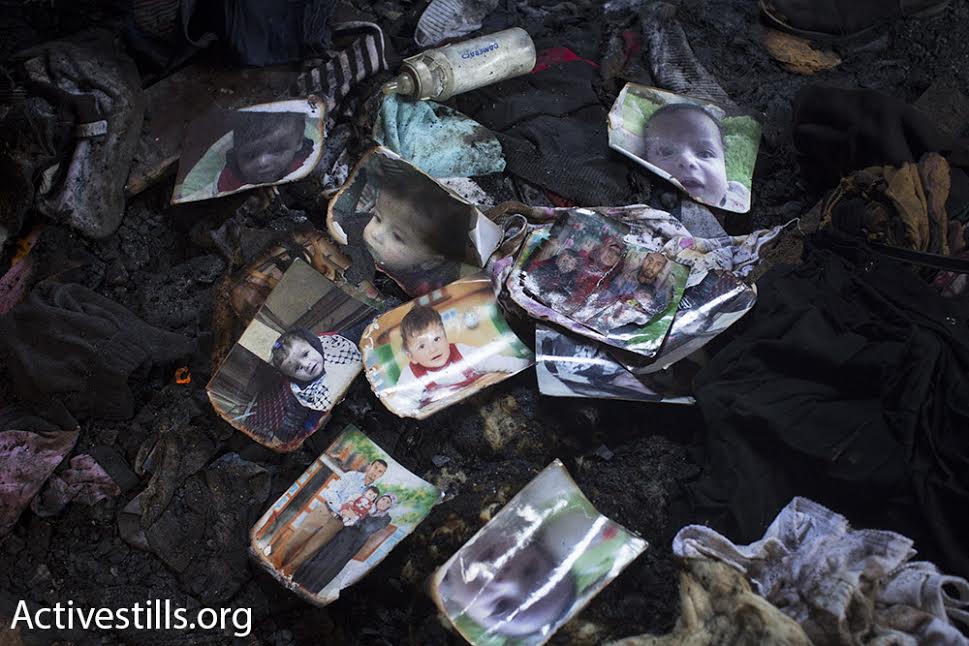 I’ve recently tried to figure out the over-use of the phrase “Jewish terror” and as a good girl, I decided to Google it. According to Wikipedia, “Jewish terror” refers to terrorism carried out by Jews against Arabs since the establishment of the state, with some incidents here and there of Jews targeting other Jews.

So I asked our contemporary source of knowledge and wisdom: please teach me what was “Jewish terror before ’48.” The Zionist Google machine spit out the answer, “Palestinian terror” as the first and second entries, followed by Jewish terror dating after the establishment of the state.

You don’t argue with Wikipedia in Hebrew.

Under “Palestinian terror” were descriptions of Palestinian actions defined as terror, in contrast to the Jewish settlement movement in the time of the British mandate, at the time of the establishment of the State of Israel, and thereafter. “Terror activities were principally invasions into Jewish neighborhoods and settlements, murders of their residents, ambushes of vehicles, and the burning of Jewish-owned orchards and fields.”

Surely there must be a mistake here. This is exactly what settlers have been doing to Palestinians for quite some time, under the supervision of the army, even. For years we have heard and seen and witnessed instances of ransacking and harassment, burglary of land and property, vandalism, hostility, destruction of land, uprooting of trees and abuse of employees, imprisonment of Palestinians and control over their lives, destruction of houses, paving of roads and interruption of the West Bank in every direction. How do we call this form of terror? Ah, yes, “occupation.” Suddenly it made sense: Jewish occupation / Jewish terror.

I know that we’re not going achieve peace through a discussion about who started with terrorism, and who gets to define terrorism, and whether resisting occupation is terrorism or not. Indeed, armed Jewish gangs in 1948 carried out acts against the Palestinian population that included everything mentioned above, and their war was called a “War of Independence,” not a “War of Terrorism.”

Nevertheless, I’ll save you the nitpicking of who started what for less eventful days. When we have peace here and everything is good and well, and milk and honey flow from the River Jordan, then we can start the historical debate about who started what and keep ourselves busy for days on end.

But let’s stay with the here and now. What’s strange is that when Israel’s leadership suddenly and publicly and unequivocally admitted that there is such a thing as “Jewish terrorism” last week, it felt the need to add that “there is terrorism on both sides.” And thus long lives the holy disparity between strong and weak, between armored and unarmed, between occupier and occupied. Don’t go and think that there are Jews who are evil and who have hatred in their nature, they tell us, remember that there are also Arab terrorists.

What’s surprising about the attack in Duma? 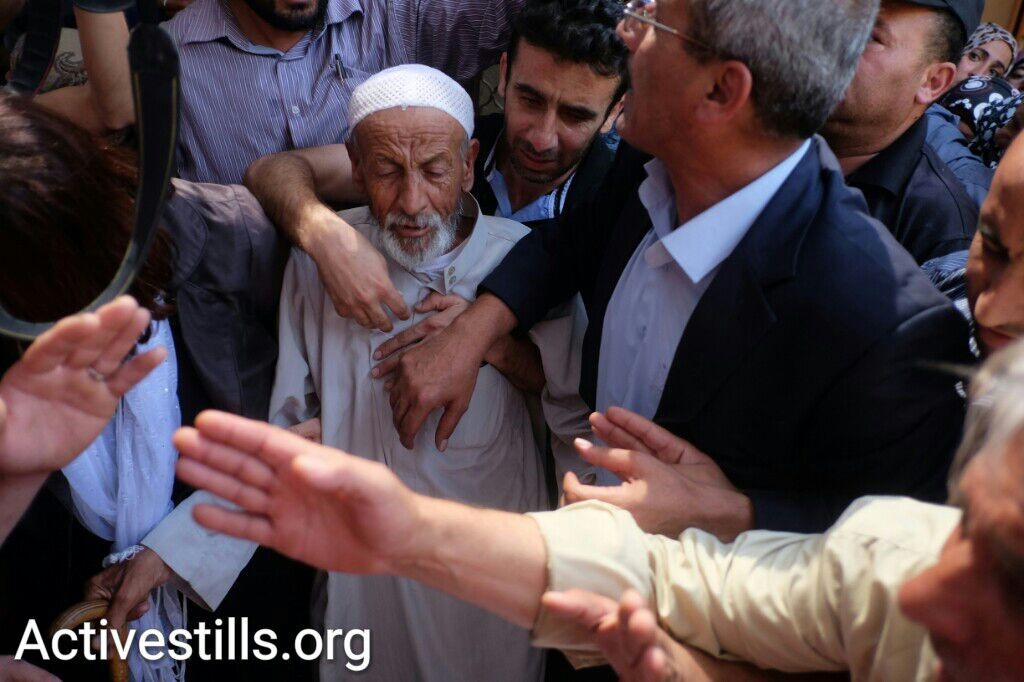 I have a feeling that the horror which took place in Duma is a crime that each and every one of us knew was coming. We all read the signs, we saw it cooking in the pressure cooker that is Netanyahu’s government and his predecessors. The settlement cancer has spread, metastasizing hate as the occupation spreads in every direction, wasting all of our money in the name of the Torah and salvation — a salvation that can’t be realized without an entrenched, armored villa, overblown security and a faithful and effective child-rearing machine.

The cruelty of the terrorist attack in Duma surprised Israelis a little, but not Palestinians, for whom occupation has become routine. Eliraz Fine, an extremist settler who surely represents only herself and not the peace-loving settler public, said: “I see it as a proper and appropriate action. Deal with that truth and ask yourself: what what is the Jewish interest in acting this way?” According to Fine, “In my view, it’s very appropriate and honorable to damage Arab property.” “The defeatist approach of condemning such actions will only bring more senseless murders. To the Arabs, such actions make clear that the other is capable of unimaginable cruelty. That is exactly the way to stop and deter them.”

No matter how you approach it, we will always arrive back at the settlements, the occupation, settlers and the right-wing political camp that supports them. The settlements have one clear goal: to create facts on the ground, to once and for all bury all possible resolutions to the conflict, and to assassinate any shred of hope for peace.

The thugs who plundered Palestinian land did not act nicely, to say the least, and they aren’t showing any signs of slowing down their rowdiness – and not because of the Iranian threat as far as we can tell. For 20 years this enterprise has grown and has been fed by unbridled power, endless financial resources, and promise for a license to expand without restraint. The government fattened the movement with a persecution narrative, “Itbah el-Yehud” (“slaughter the Jew” in Arabic), and that the land of Eretz Israel is for the nation of Israel.

It wasn’t clear what the Israeli government’s plan was regarding the Palestinians at that time. Maybe they expected them to disappear? That the land would swallow them up? Or that the ceaseless subjugation would make them “good,” lovers of and collaborators with Israel? That they would forget their vision for a Palestinian state and would accept the situation?

Jewish terror at the pool

With this new-old conception known as  “Jewish terror” – a phrase that has stolen the spotlight of the occupation is another sad attempt to hide the sun with a piece of tattered cloth. Terror implies a radical and crazy act, or of a small group that does something disturbing, as a form of revenge or on an ideological basis. This description is not appropriate for people who are full of motivation, well armed, who declare their vision at every opportunity possible, and who essentially have the backing of the representatives and the State of Israel.

I see no difference between the soldiers who remove Palestinians from a pool in order to allow settlers to swim there comfortably, and the settlers who burn and uproot olive trees during harvest time under the supervision of the army, or the settler woman who spits and yells “whore” because she knows that there will be no price to be paid.

The “crazy ones” who murdered Muhammad Abu Khdeir, like those who torched the churches and the bilingual school, believe in their heart of hearts that this is the way to cleanse the Holy Land of its non-Jewish elements. They are one and the same with those who carried out the crime against Duma, who probably see in their actions some kind of heroism.

“The king of media” in this country probably doesn’t read the responses to the last murder: how the horror is lauded on the Internet, and how it is shown as a legitimate way to prove to the Arabs who are the cruel masters in this land. His eminence still asserts that we’re talking about a number of “wild weeds,” and a group of crazies whom we can label “Jewish terrorists.”

The only thing that might cause someone to really wake up could only occur if these “crazies” decide to act against the army, the policy, and the representatives of the so-called sanctified law. As long as they target Palestinians, though, the situation is described as “under control.”

We’ve arrived to the point at which anyone who stands in this camp must confront the reality that it has created and take into consideration all that this implies. I don’t participate in the cry for “soul searching, prayer, shedding of tears, condemnation and shock in front of the press.” This policy of political survival of – “let’s keep a low profile until the world forgets,” or, simply, to wait until an ISIL massacre distracts the public attention – simply doesn’t work anymore.

Israel doesn’t have many options. It will either take complete control and responsibility and will begin to return the land to its owners and make peace with its neighbors – or it will wait for the next Palestinian intifada. Maybe the Israeli army yearns for another round of bloodshed, but the people really don’t. Maybe the armed forces will conquer Duma and Susiya and every Palestinian backwater with the occupation machine, but no cannon or checkpoint or racist law will hide the truth and justice from the people. Then, Netanyahu will stand in front of the world and try to explain how justified that war will be, and, again, no one will believe him.