Greta Berlin’s anti-Semitic tweet was but one in a series of comments she has made, enabling many of her critics to discredit the entire Free Gaza Movement. As activists, it is our job to make sure one bigotry can never be used to justify another.

An Iranian American acquaintance once explained to me the predicament she’s in. She’s a committed feminist who wants to expose and critique any examples of male domination in Iran. Yet whenever she does so, her critique is immediately seized upon by those wishing to justify the next war, which could harm her family.

I was thinking of my friend recently in light of the controversy generated by pro-Palestine activist Greta Berlin’s anti-Semitic tweet (“Zionists Ran the Holocaust and the Concentration Camp”). Everyone can make a mistake, but this is part of a pattern. After reading an erroneous report about the origin of a recent anti-Muslim film, she excitedly tweeted that “an Israeli film maker, 100 Jewish donors” were behind the project. Recently she glowingly endorsed a book by Gilad Atzmon, calling it “one of the best reads of 2012”. In an interview with +972’s Larry Derfner, Berlin claimed she found “nothing anti-Jewish in that book,” adding that she felt Atzmon had been “demonized.”

Atzmon is a Holocaust denier; he has previously asked “if the Nazis ran a death factory in Auschwitz-Birkenau, why would the Jewish prisoners join them at the end of the war?” In this book that Berlin endorsed, Atzmon writes on page 179 “we, for instance, can envisage a horrific situation in which an Israeli so-called ‘pre-emptive’ nuclear attack on Iran that escalates into a disastrous nuclear war, in which tens of millions of people perish. I guess that amongst the survivors of such a nightmare scenario, some may be bold enough to argue that ‘Hitler might have been right after all.’ On page 27 he argues “Throughout the centuries, some Jewish bankers have gathered the reputation of backers and financers of wars and even one communist revolution.” Again, Berlin found “nothing anti-Jewish about that book” which she tells Derfner she read till the end. The current controversy may cause Berlin to finally dissociate herself from this ongoing pattern of endorsing anti-Jewish literature.

One of the strongest Palestinian voices calling out Berlin for her anti-Jewish behavior has been Ali Abunimah, one the leaders of the global BDS movement. Abunimah’s vision is consistent: he believes in full equality between Israeli Jews and Muslim and Christian Palestinians. He has written of his vision for one state, which would include changes in current Israeli immigration policies to allow Palestinian refugees and their families to return to their homeland and live alongside Israeli Jews. Abunimah’s family is from Jerusalem, and they were living in the nearby village of Lifta before they were expelled in 1948.

In order to root out any expressions of anti-Jewish bigotry, it is important not to put principled activists like Abunimah in the predicament my Iranian friend faces: having their criticism manipulated in order to justify further harm. Greta Berlin is also one the founders of the Free Gaza movement and an organizer of flotillas which are aimed at breaking the siege on Gaza – a siege which has prevented access to clean drinking water, causing death and disease. Denying human beings access to clean water and medicine is certainly as racist as Berlin’s tweets are. Yet, unlike Abunimah, many of her critics have seized upon the opportunity to discredit her entire movement and to legitimize these inhumane policies. One form of bigotry can never be used to justify another. Solidarity is indivisible.

Get Our Weekly Newsletter
Before you go…
A lot of work goes into creating articles like the one you just read. +972 Magazine is nonprofit journalism, owned by many of our writers, editors, and journalists. In order to safeguard that independent voice, we are proud to count you, our readers, as our most important supporters. With your support, we can keep +972 Magazine a strong, independent, and sustainable force helping push the global discourse on Israel/Palestine.
DONATE
More About Gilad Atzmon 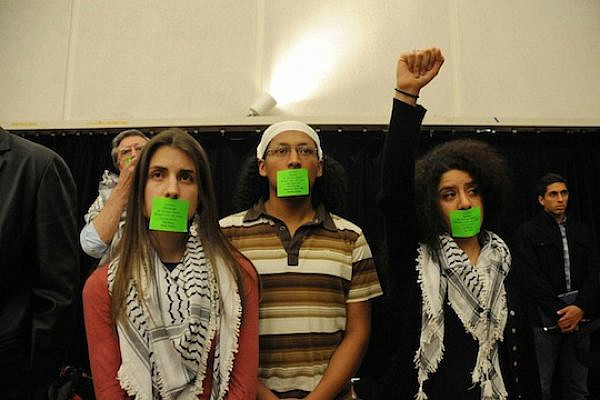 How the Palestine movement taught me to confront anti-Semitism
On American university campuses, pro-Palestine activists are routinely smeared as anti-Semites seeking to destroy Israel. But contrary to what pro-Israel activists claim, the BDS movement has been instrumental in challenging anti-Semitism on the left.  By Tom Pessah Anti-Semitism is unlike most other forms of hatred, in that it is both a form of bigotry and a false…
By +972 Magazine March 4, 2018 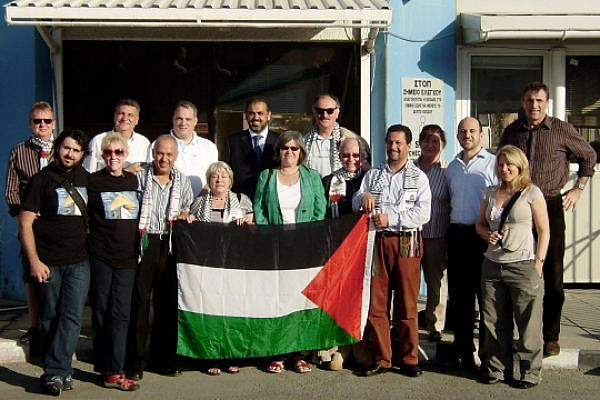 Head of Free Gaza Movement: Anti-Semitic video in question is ‘disgusting’
After being accused of promoting a video which places the blame for the Holocaust on the Zionists, Greta Berlin tells her side of the story.      I just finished about a 20-minute phone interview with Free Gaza Movement spokeswoman Greta Berlin, who spoke from Los Angeles. I exchanged some e-mails with her, I asked…
By Larry Derfner October 6, 2012 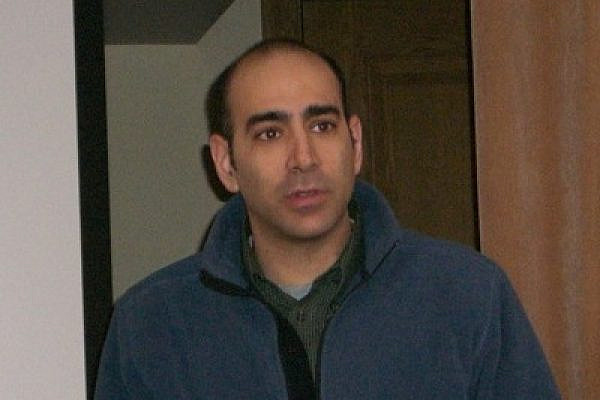 Palestinian activists disavow former Israeli Jew for anti-Semitism
The US Palestinian Community Network and Electronic Intifada are circulating this public letter, which is not only about Gilad Atzmon – the former Israeli turned conspiracy-theorist and anti-Semite – but more importantly, makes the distinction between criticism of Zionism and relations with Jews and the Jewish people. I am not endorsing everything in this text, but…
By Noam Sheizaf March 14, 2012