Netanyahu did not take Israel’s strategic interests into account in his latest confrontation with the United States. Will his decision cost him when it comes to the ballot box? Only time will tell. 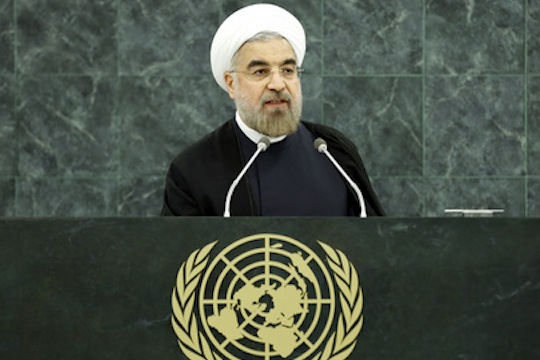 Over the last several days, Prime Minister Netanyahu’s sour face has peered over at us through the screen. While his mouth was busy berating the six powers and President Obama, his eyes betrayed exhaustion. Ever since Iranian President Rouhani appeared before the UN General Assembly on his “charm offensive” directed toward the West, Netanyahu has been leading a losing battle.

Netanyahu’s paradigm, which was based on pushing the powers to take a hawkish stance to the point of military confrontation with Iran, failed. Netanyahu sought to bring Iran to its knees. He labeled any deal that would remove sanctions before Iran’s complete surrender a “bad deal,” openly preferring a “non-agreement.”

In Geneva they thought differently, and a new chapter began. The West wants to give Iran a chance to return to the family of nations. Israel’s military option was taken away, as was its ability to influence the agreement, which will be developed over the next six months. And all this despite the fact that Washington invited the Israeli government to deploy its experts and consult with the Americans during the negotiations.

From the beginning, many cast doubt on the possibility of a pre-emptive military strike by Israel. At this point every amateur observer knows that military action, be it daring or technologically savvy, would only delay the Iranian nuclear program for a few years, at most. On the other hand, it deprives Israel of the ability to move toward an era of peace and would only spur Iran to achieve nuclear deterrence. So what led Netanyahu to support a military strike on Iran (“all options are on the table”) as well as such a hardline stance against negotiations over the past several years? All while there has been an unprecedented erosion of relations between Israel and the United States, our only strategic ally, to the point of a visible crisis with the Obama administration.

It is clear that the Iranian issue keeps Israel busy on two levels: the first is security. Iran’s pursuit of a nuclear weapon is the basis for its growing threat to Israel. This threat means Israel must maintain its deterrence vis-a-vis Syria, Hezbollah and Palestinian terrorist organizations. The second level is political. The idea that “only Netanyahu can deal with Iran,” which has turned into “only Netanyahu can deal with Obama” portends the fortification of the Likud’s grasp, headed by Netanyahu, forever. It seems that the pursuit for hegemony in internal Israeli politics is dictating the Israeli demand for Iran’s surrender.

Netanyahu’s face betrays the fact that he lost the Iranian bet. Only time will tell, since the story is not about nuclear weapons or Tehran’s threat to Israel, but rather the return of Iran as a superpower to the region. The Obama administration is seen as one with a wide-ranging political vision, which strives to put an end to the Iranian nuclear program and to dismantling the “axis of evil.” Such a dramatic change will force the U.S. and the other powers to take an assertive stance regarding peace between Israel and Palestine.

The change in Iran’s global position was not born out of Geneva and did not come into being due to Obama and Kerry. President Bush decided over a decade ago to attack Iraq and bring down Saddam Hussein through war. American military intervention lead to the disintegration of Sunni Iraq into its divided ethnic groups and to a Shiite-led government, which has warm relations with Iran. Thus, the door to Iran’s influence across the Gulf and the Levant has been opened. And who if not Netanyahu called on Bush to attack Iraq in September 2002 in order to eradicate the chemical and biological threat to Israel?

In the confrontation with the United States, Netanyahu did not take Israel’s strategic interests into account and instead is looking out for his own personal interests. Even when it was understood that the Geneva agreement was a done deal, political motives left no choice but to protest against the U.S. and the West. Netanyahu chose politics over strategy. Will he pay for it when it comes to the ballot box? Only time will tell.

Ilan Baruch is a peace activist and a former Israeli ambassador to South Africa.