When the deputy interior minister demands Palestinian citizens renounce our citizenship, he only exposes the true nature of the Israeli state. After all, without us there is no ‘only democracy in the Middle East.’ 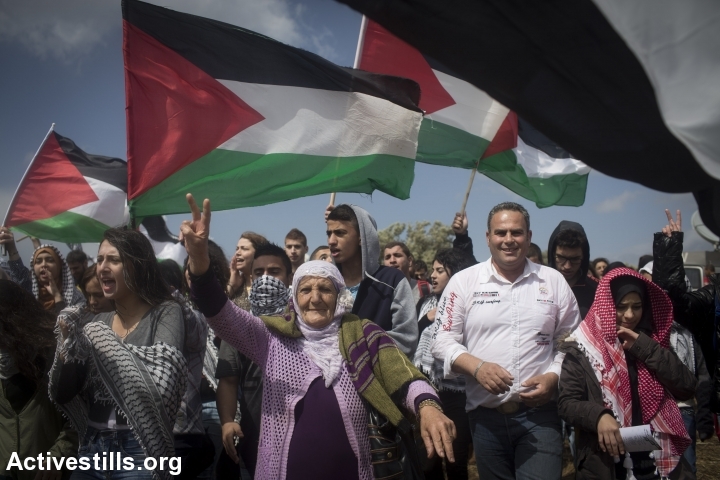 Thousands of Palestinian citizens of Israel take part in the March of Return, in the lands of the destroyed village of Hadatha, near Tiberias, April 23, 2015. (photo: Omar Sameer/Activestills.org)

We, the rowdy Arabs who live in the democratic state of the Jewish people, formally apologize for disrupting a Knesset plenum on the Citizenship Law, which denies status in Israel to Palestinian spouses of Israeli citizens. So what if the discussion was about our future, our place in society, our fate—we have no right to state our opinions.

Since you were already there, dear coalition members, and since the cowards of the Zionist Union scurried back into their holes when it came time to vote, you should have just finished us off. You know, since you have such an overwhelming majority in the Knesset.

But why stop there? You should have also passed a law that forces the Arab MKs to kiss the hands of their Jewish masters at the entrance to the Knesset, and bow down before the ministerial table before taking their seats. Why make do with a mere “thanks?”

Believe me when I say that I did my best not to look through the history books so as to not “compare” to the past. But with every new low by our elected officials, the thought of the racist laws and remarks directed at the entirety of Israel’s Arab population (and those who represent it) with every week passing week—I feel like we all must take a step back, breathe deeply, and dare to look at the difficult past. Perhaps then we will wake up and change direction before it is too late.

On the fast lane to the bottom

I looked through the history books to find out exactly when the Third Reich began to entrench its rule through the democracy that presented it its power on a silver platter. I found, unsurprisingly, that it began by violating civil rights: one by one, discriminatory laws were passed against the Jewish minority in Germany. Everything was done in order to promise a pure demography. An unapologetic policy, which promised a beautiful future at the expense of the minorities. A policy that won the hearts and minds of the majority of the nation—the same German nation that felt victimized and humiliated in the wake of the First World War, and pushed the blame onto the Jews.

One example is the law that forbade marriage between Jews and non-Jewish German citizens. In order to enforce the law, the regime invaded its subjects’ privacy: many couples were forced to break up, ruining countless families. Does this description remind you of the Citizenship Law in Israel? The same one that was being spoken about during the Knesset plenum on Wednesday? Because honestly we cannot find a better analogy.

You will be surprised to hear that the attacks on Germany’s Jews began with an all-out attack on culture: closing newspapers and theaters (in case Culture Minister Miri Regev is reading). Then came separation on trains (in case Minister of Segregated Buses Moshe Ya’alon is reading) and the kidnapping of Jewish men and women who married non-Jews (what exactly is Lehava doing here?). 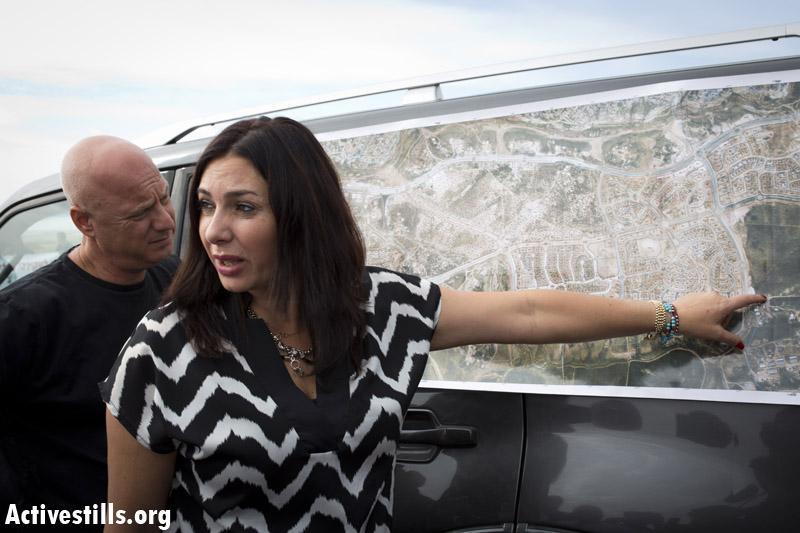 I am afraid to think about the endgame, and I am aware that the gulf between what is happening here and the Holocaust is enormous. But the political processes and the government’s use of its power to solidify hatred and incite against Arab citizens—not to mention the justifications that Israeli Jews hear from their leaders—permeate the public consciousness. We can no longer say that these are random remarks from people on the street, and we cannot blame Netanyahu for his racist utterances, after which he will apologize and everything goes back to normal. The burning of churches and mosques has become commonplace, and attacks on Palestinians are a thing of the ordinary. These incidents have become part of our daily routine here, and not only during the war on Gaza.

The fear-mongering over Iran, ISIS, Hamas, Hezbollah, Yemen, etc.; the hatred and utter dehumanization of Palestinians; the sanctifying of the Jewish people and the celebration of its so-called redemption; and the growing control over natural resources and the media—all of these put together form a perfect recipe for a tyrannical regime.

The masks are off

But I believe there is good in every bad, even when it comes to the violence against Palestinian citizens of Israel: while the Palestinians in Gaza have been besieged for nearly a decade, and while the West Bank has been cut in half, with settlements spreading on every hilltop at our expense, we—Palestinian citizens—continued to do the Jewish people a favor. Without us, there is no “only democracy in the Middle East.” We stayed here after the war and accepted the rules of the game.

But here is the good: now that the masks are off, everyone is playing for real. The leaders in charge no longer need to hide behind remarks that neither they nor the world believe in. We are playing “al Makshouf” as we say in Arabic—the gloves are off and we go after whoever stays.

You must admit that there is a certain ease that comes with this. When a hateful person such as Deputy Interior Minister Yaron Mazuz speaks to the Knesset and says what he wants without apologizing or stuttering, we are no longer surprised by anything.

Israel may win, may occupy with all its power, army, weapons, legislature and government—drunk on its own power and unchecked control. And perhaps it is true that while all the Arab states around us are unraveling, the rest of the world acts hypocritically toward Israel. But if things continue this way, the State of Israel will remain naked for the world to see.

I have no problem returning my blue ID card, which was always intended to tie me, the little woman, to the Big State. The ID that was meant to be a symbol of the contract between myself and the rest of society. My citizenship, as well as everyone else’s—Arabs and Jews, minority and majority, irrespective of religion, race, or sex— is a right, not charity. Providing me with citizenship is an obligation, not a favor. Should my citizenship be taken away, the blame will fall squarely on the state.

Should my citizenship be taken away, I will tattoo my identification number on my left arm, along with 1.2 million other Palestinians. This does not mean that I will disappear from here. I am a daughter of the land, here I will be buried for generations. And despite everything, I still believe in humanity. Despite the establishment and the regime, I still believe that logic will defeat the madness, that humanity will decry racism.

Meanwhile, Israel will go to war by itself—it won’t have any partners in the next one. It certainly doesn’t have me.

Samah Salaime is a social worker, a director of AWC (Arab Women in the Center) in Lod/Lyd and a graduate of the Mandel Leadership Institute in Jerusalem. This article was first published in Hebrew on Local Call, where he/she is a blogger. Read it here.