Since the ‘Representation Index’ was launched, however, that number has gone up — dramatically. The index also tracks whether Arabs are interviewed in positive or negative contexts. 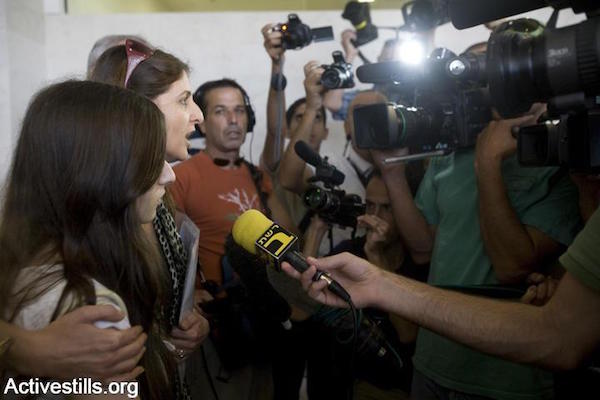 Only a month after being launched, a new initiative aimed at fostering more fair and equal representation and coverage of Arab citizens in Israeli media has had a dramatic, positive impact on the number of Arab experts interviewed on Israeli television and radio broadcasts.

The “Representation Index,” an initiative of Sikkuy, the Berl Katznelson Foundation and “The Seventh Eye” website, revealed that even though one of every five Israelis is Arab, the percentage of Arab interviewees in the main Israeli media is a mere 2-3 percent, sometimes even less. Removing members of Knesset from the equation, Arab representation drops to 1.5 percent. The index, which monitors radio and television news broadcasts, has been published every week since March 1.

The index provides quantitative and qualitative analysis of Arab citizens of Israel who are interviewed on leading news and current affairs programs on three major Israeli television channels (1, 2 and 10), and on radio stations IDF Radio (Galei Tzahal) and Reshet Bet.

Data collected in the first three months of the project revealed that since March 1 there has been a significant increase in the number of Arab experts interviewed in the Israeli media. Whereas in January there were 29 interviews with Arab experts on the five leading Israeli television stations, and in February there were 31, during March, after the publication of the first findings of the Representation Index, the number of Arab experts interviewed increased to 51 — 1.7 times more than the earlier months.

For example, an eyewitness to a car accident that took place in a majority Arab area of the country isn’t considered to be an “expert.” By contrast, a sociologist specializing in youth delinquency who is interviewed regarding her professional views on violence among Israeli youth is defined as an expert. Arab MKs, among the most popular Arab interviewees on Israeli television, are not defined as “experts,” and they are not included in the count. 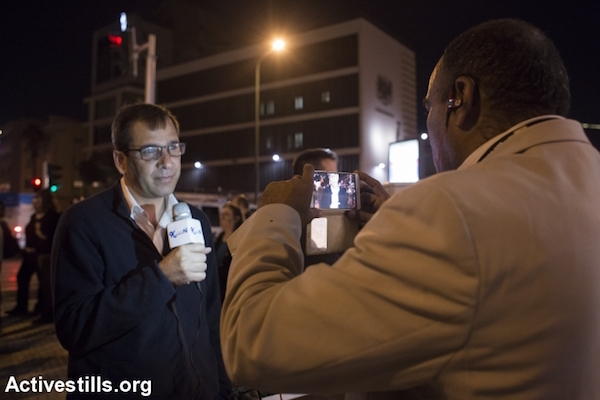 Interviews with Arabs about ‘Arab issues’ have an inherently negative context. Illustrative photo by Oren Ziv/Activestills.org

Even if the mainstream media in Israel had a ratio of Arab interviewees reflective of the general population, there wouldn’t be much social and democratic benefit if all of these people were placed in the “Arab” pigeonhole. An interview with an expert who just happens to be Arab will in and of itself have a positive context. He or she will be presented as an authority, not as an enemy.

On the other hand, if all the Arab appearances in the media are related to security matters or negative issues, if Arabs are only invited to the studio so that the other members of a panel can attack them over the actions of other Palestinians, if they are only invited to speak about Arab society in Israel and not about issues that affect the entire population — then the segregation between different Israeli citizens will be maintained or even increased.

There was also a significant increase (following publication of the Representation Index) regarding the ratio of Arab experts/non-experts on the different channels. In January only 8 percent of all the Arab interviewees on the five stations were experts. In February that increased to 12 percent, and in March, after publication of the index, the number of experts increased to 18 percent.

The following television news programs didn’t interview a single Arab expert during the same period: “Five in the Evening with Rafi Reshef,” the “Friday Magazine” and the “Central Staff” on Channel 10; “New Evening” and “Addition” on Channel 1; “This Morning” on Reshet Bet, “As of This Morning” on Army Radio, and Channel 2 programs “Six with Oded Ben-Ami,” “Meet the Press,” the “Nightly News” and “Ulpan Shishi.” (“Ulpan Shishi,” edited by Itai Dankner, didn’t interview a single Arab, expert or otherwise, in the whole month of March.)