At least 100 Palestinians, including 66 in the Shujaiyeh neighborhood of Gaza City – of which 17 were reportedly children – were killed today (Sunday) bringing the total death toll to 437. Thirteen Israeli soldiers were killed Sunday in battle in the neighborhood, bringing the number of Israeli fatalities over the course of the operation to 18, not including two civilians who died in rocket attacks.

Army sources said seven of the 13 Israeli soldiers were in an armored personnel carrier hit by an anti-tank missile, while others were killed setting up positions inside houses they had taken over.

The death toll was the highest for the Israeli military’s since the Second Lebanon War, and the highest number of Palestinians killed since fighting broke out on July 8. According to Ma’an News Agency, 66 bodies were recovered from Shujaiyeh, in what medical authorities called a “massacre” and a level of violence not seen before in the ongoing conflict.

According to Ma’an, news of the kidnapping sparked celebration across Palestinian cities, with gunshots and fireworks heard in Gaza City, Bethlehem, and elsewhere. 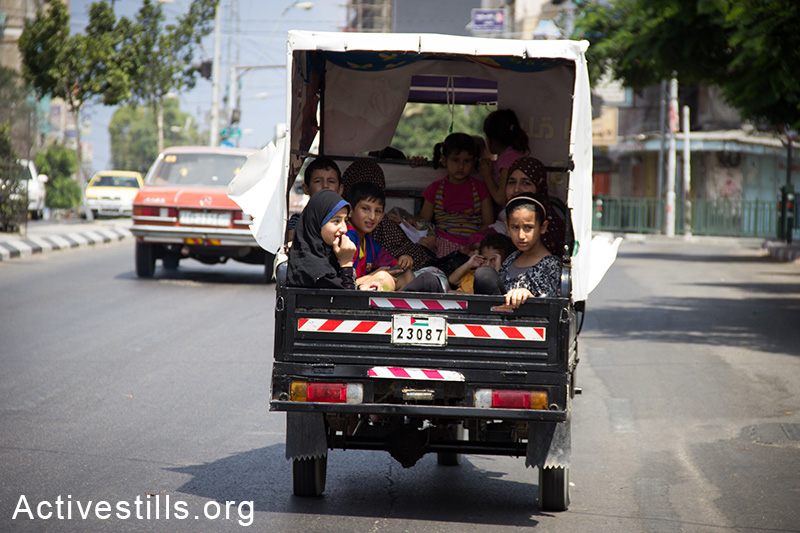 At least 500 Palestinians were injured in Israeli attacks on Wednesday, and more than 3,000 have been wounded in the past two weeks, while Reuters reports that 81,000 displaced people had now taken refuge in 61 UNRWA shelters.

Earlier on Sunday, Prime Minister Netanyahu told CNN that Israel has no plans of reoccupying the Gaza Strip. President Barack Obama spoke to Netanyahu on the phone, telling him that the U.S. seeks “an immediate cessation of hostilities” between Israel and Hamas, based on the cease-fire agreement implemented in November 2012 after Operation Pillar of Defense. Hours later, Netanyahu addressed the Israeli public, saying that the operation will be extended as necessary. Netanyahu added that after Israel accepted three cease-fire offers, it now has international backing for the ground operation.

U.S. Secretary of State John Kerry will travel to Cairo on Monday to meet with Egyptian officials about the crisis. Kerry was caught sarcastically criticizing Israel’s ground operation, saying the incursion was “a hell of a pinpoint operation,” and that “We’ve got to get over there… We ought to go tonight. I think it’s crazy to be sitting around.”